Dear friends, for all followers of the Czech black metal scene, as well as for all vinyl collectors brings today's dusk the official release of the LP edition of the second full-length opus "Arcizlo" by the Czech triumvirate NĀV, in no less than two color versions - the oxblood red and classic black! Order now on MetalGate e-shop! 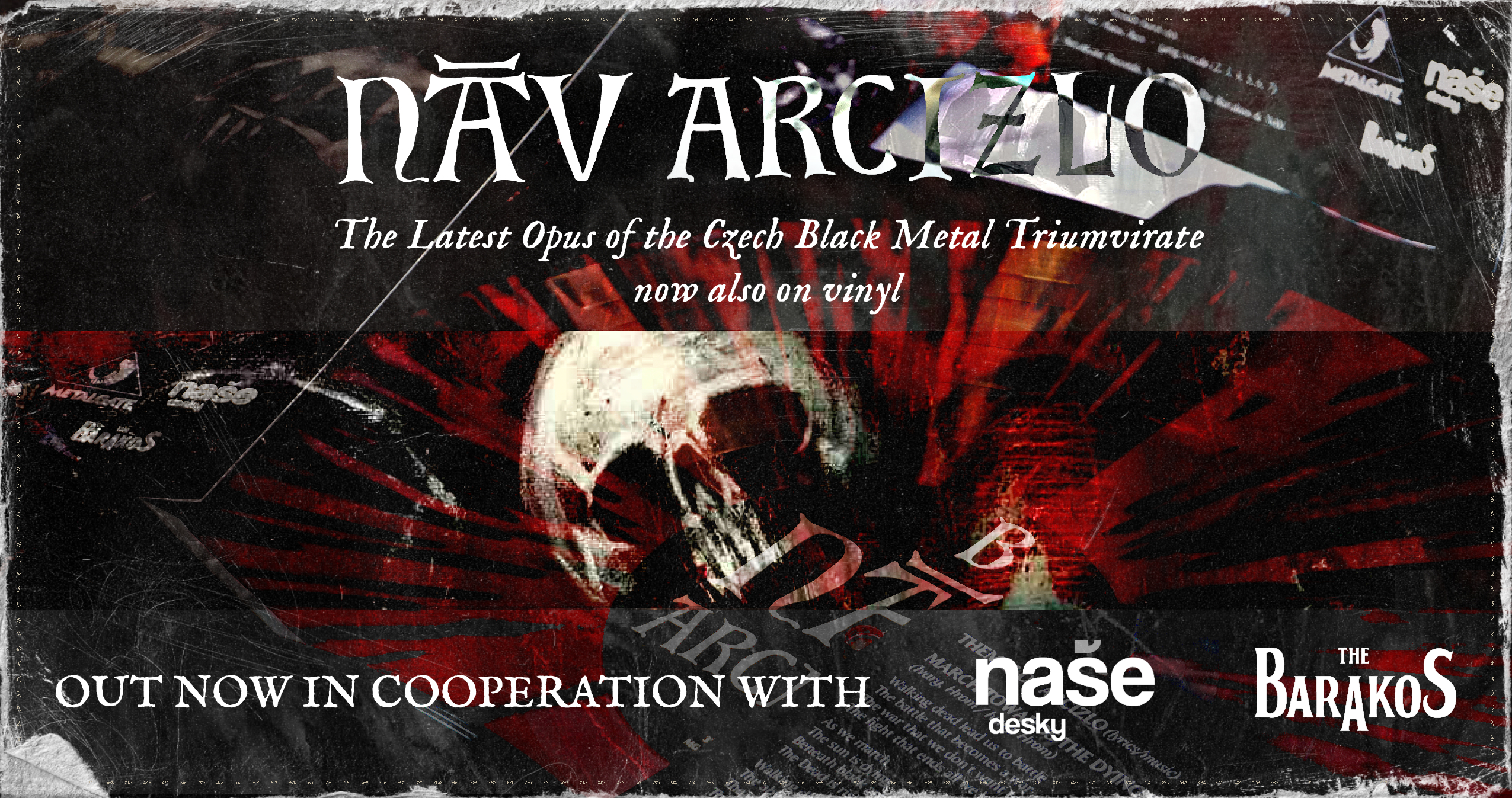 Their debut Smrtci received excellent response. Their second 2020 full-length Arcizlo further underscored that there is another excellent act on the loose on the black metal scene; one that is fast gaining foothold among the Czech elite. The album is now unleashed also on vinyl!

“Vinyl is probably the most classic format, but at the same time it is hard to accomplish its creation. We thus released both our albums on cassettes first, hoping that someone would later be interested in making the LP version,” explains the guitarist and vocalist Ivarg. “The first impulse with regards to the LP came from Balda from The Barakos, who said he would partly finance such an enterprise. One word led to another, while we also approached two others – MetalGate and Naše desky. And both agreed to join in. It all went without a hitch, and it is great to cooperate with all of them.”

From the aforementioned statement it is clear that Arcizlo vinyl has three godfathers: the labels MetalGate, Naše desky and The Barakos. “Given the qualities of Arcizlo, it was only a matter of time for this opus to get another than an exclusively mc incarnation. The album quickly received praise from critics far and wide, further solidifying the fact that with only two albums NĀV managed to enter the top echelons of what Czech black metal currently offers,” says Ondřej Šmejkal from MetalGate.

We are as usual streaming the full album on our YouTube channel, whereby you can check out its qualities for yourself:

Ivarg also confirms that the album has been very well received: “I heard and read nothing but praise, which I am really thankful for. Also, the fourth place in the Břitva Awards in the respective genre category was delightful as well. Music is not a sport, but as an appreciation of our work it is heartwarming indeed.”

The album was recorded in 2020 in the Czech Low Resolution Studio by Ivarg, Hrom and Herm. The MC version was released September 13, 2020, with the LP edition following almost a year later. The vinyl is available in two color variants (black and oxblood red), with Ivarg doing the layout and Kera Uno once again authoring the album art.

It is further apt to note that tomorrow The Barakos is organizing the release show of this edition in Slavonice, so drop by if you are around!