Dear friends, today is certainly a treat for all those, who revel in dark and depressive current of alternative metal, for this last days of November marks the official release of the new splendid macabre full-length "Certa Omnibus Hora" of the Czech post-metal/doom quintet The Corona Lantern in jewelcase w/ sleeve format! Order now on MetalGate e-shop! 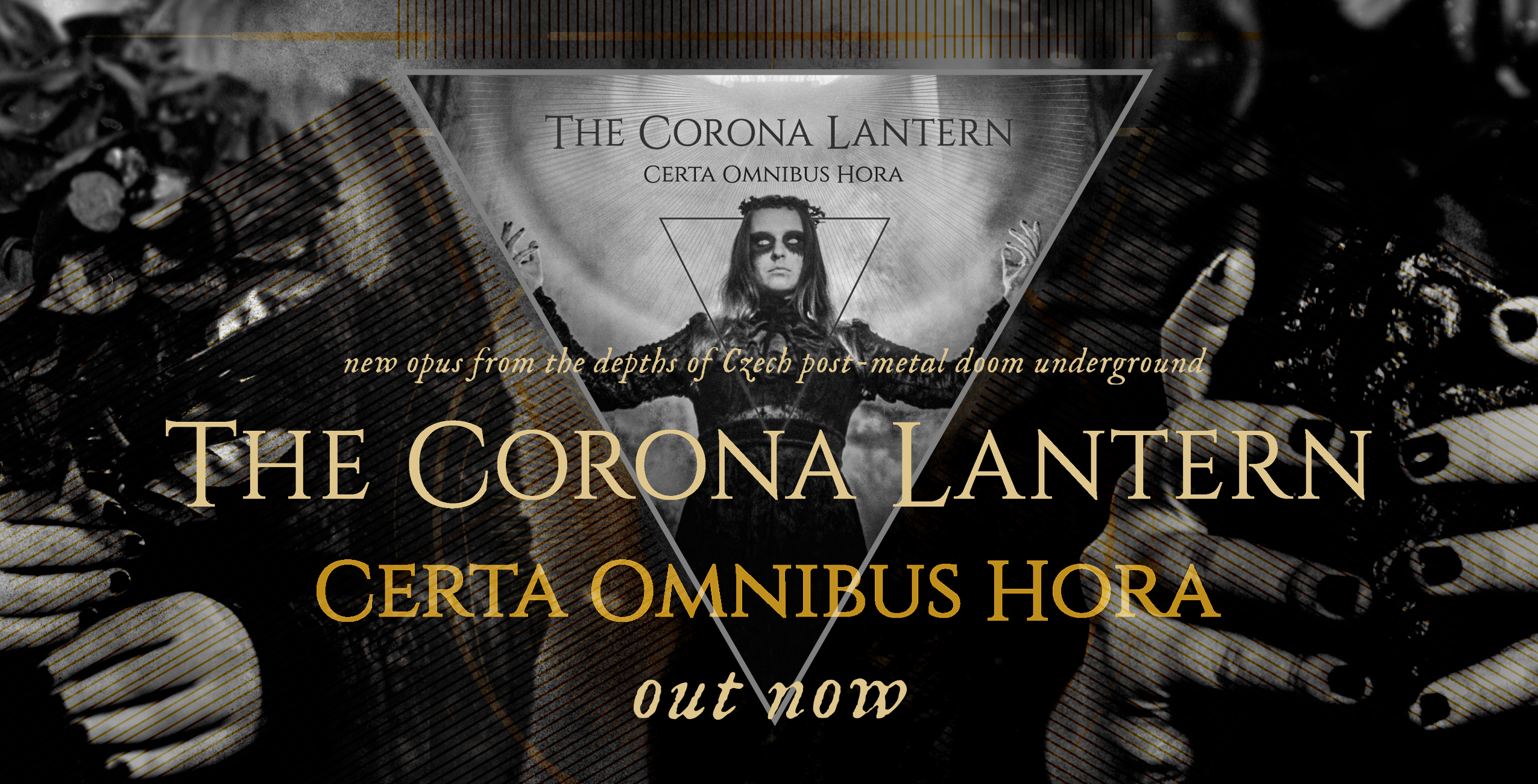 The new full-length album Certa Omnibus Hora by The Corona Lantern is out. And as both its title and its demonic cover art forbode, it is again a depressive matter that will please all fans of doom metal and of other dark metal subgenres.

The album was released by the Prague-based label MetalGate, which thus welcomed another somber act into its fold. The recording took place in The Barn studio under the producer supervision of Dan Friml, and since it was done using solely analogue means, the six songs that compose the album present The Corona Lantern in its most authentic form. That means no triggers on drums, no samples, no effects that metal bands tend to frequently go for these days. The outcome is raw and certainly attractive for those who fancy music riddled with rot and anxiety.

In exactly the same vein goes the album art, authored by band vocalist Daniela Dahlien Neumanová. “The front and all the subsequent photos used in the booklet were shot using the old Flexaret reflex camera. They were thus captured on roll film. The site was the Church of the Holy Spirit in Liběchov,” says Dahlien, whose visuals brilliantly hand in hand with the mood of the music.

We are streaming this opus in full now on our YouTube channel, so check its musical qualities for yourself:

While the debut was a sludge-doom affair, the new full-length sees the band on a different journey that runs also through other metal vistas. Compared to Consuming the Tempest, Certa Omnibus Hora is more diverse and grander, which however does not mean that it lost its desolate and harrowing atmosphere.