Dear friends, as we mentioned last Friday, today is the official release of the new 7th full-length "Old Dogs" by the distinct Czech metal veterans Six Degrees Of Separation, which comes out in digipack format with special booklet! Order now on MetalGate e-shop! 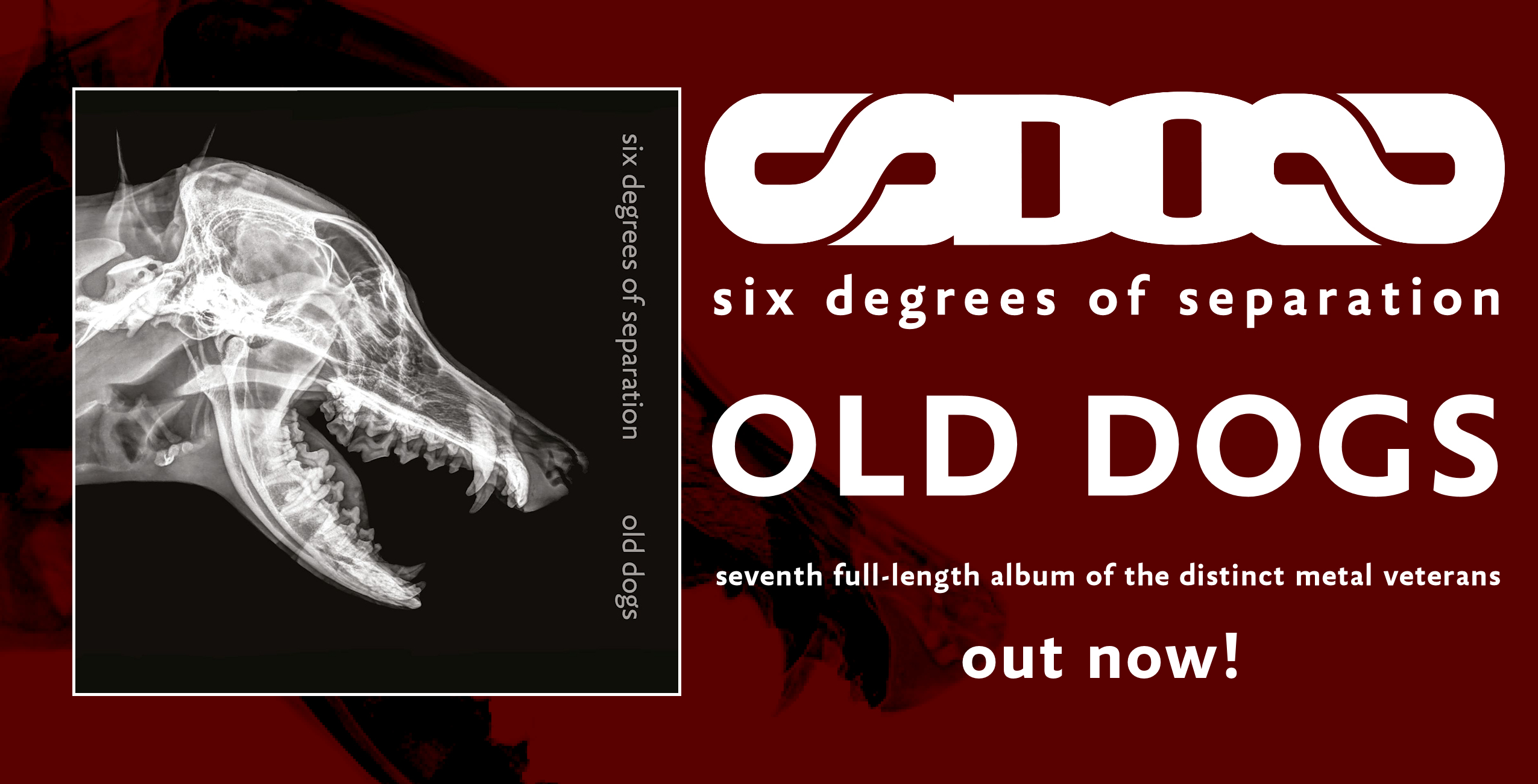 The singular Six Degrees Of Separation have a new album out! Entitled Old Dogs, it was released again by MetalGate Records. Though the title may suggest that what to expect is a tired-sounding material with teeth falling out, the opposite is of course true. Once again, Six Degrees Of Separation concocted a killer metal mix that overflows with energy. So, fear not… they still bite, with strength a much zest!

Like its predecessors, the seventh full-length was again recorded in the Šopa studio. It contains 12 songs that steadily follow up on the previous Six Degrees Of Separation artistry. The fans thus do not have to be anxious about any major changes in the way the band sounds, though there are some novel elements, spicing up the music here and there. Either way, the distinct and immediately recognizable signature of the band remains.

Check out for yourself after all on our YouTube channel, wherein the album is now streamed in full:

The initial concept of the album was to be a reflection on what was, an attempt to grasp what is, as well as maybe a bit of presumption on what will be. “The subconscious however did a completely inconspicuous palace coup, so while revising the lyrics for the album layout, I realized that while the original concept remained generally speaking valid, help became the main motif of the album,” says the drummer Pickard, who authored the lyrics as well as came up with the album title, and continues: “Be that the ability and the willingness to help; or the dilemma when the request for help is perceived as a weakness; or the inability to admit to oneself that one needs help; as well as help that is unwanted or forced. And so on. Maybe this is the very outlook to the future. The old dogs are dreading the moment when they are no longer able to bite off the meat from the bone without outside help.”

The minimalist album art and design was authored by Pavla Danenbergerová, who thus debuted in the field of metal-related artwork.