Dear frineds, D day for the new album "Illud Tempus" of the industrial metal mining consortium War For War is here, for this jewel of the depths is finally on the surface! Order now MetalGate e-shop! 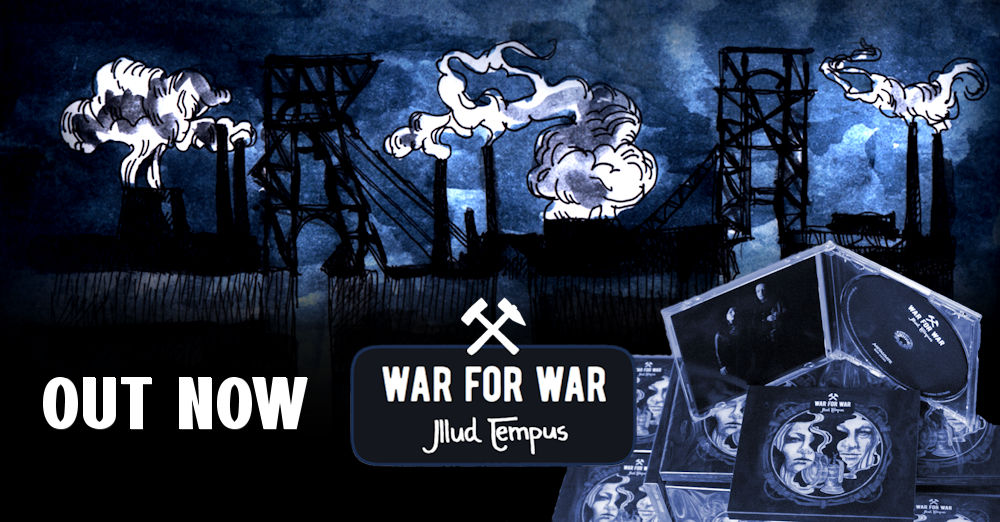 If we were to characterize Lord Morbivod, the iconic figure of Pilsen metal underground, it would certainly be vis-á-vis a wide creative scope. Refusing to be confined by the boundaries of a single subgenre, he thus sets out from the black metal scene, wherein he is active with bands STÍNY PLAMENŮ and TROLLECH, into experimental (UMBRTKA), doom (QUERCUS) and industrial metal (WAR FOR WAR) waters. And it is with WAR FOR WAR that Morbivod now unveils a new album entitled “Illud Tempus”, released under MetalGate Records!

The album is industrial not only music-wise, which translates into a specific song dynamics, dominated by all sorts of electronic samples, but also lyrically, since similarly to its two predecessors, this album once again covers various aspects of the mining industry, and mining accidents, with that it applies the symbolic of both onto life circumstances in general, whereby giving space to the listener’s imagination to complete the overall meaning of the piece. However, “Illud Tempus” differentiates from the run-of-the-mill industrial metal after all, primarily with the inclusion of a second, clean, vocal that belongs to Lenka Machová, former vocalist of Ador Dorath. It is also apt to mention that Lenka further enriched the album with her visual artistic talent, whereby her drawings form an integral part of the album art.

In general, WAR FOR WAR underwent a curious evolution indeed. It began in 2001 as a solo studio black metal project, focused, as the name suggests, on the theme of war. From the third album onward, we can however see a transformation into the current industrial metal mining consortium that is now further evolving into a full-fledged band.