Dear friends, last week the hell itself spawned upon the world the vinyl edition of the second studio opus "Arcizlo" of the Czech black metal triumvirate NĀV, whereupon the next istallment of our "talks" series is in order, one dedicated precisely to this rising star of Czech black metal and its music. Of course, the latest edition of "Arcizlo" is not the only topic we discussed. Enjoy! 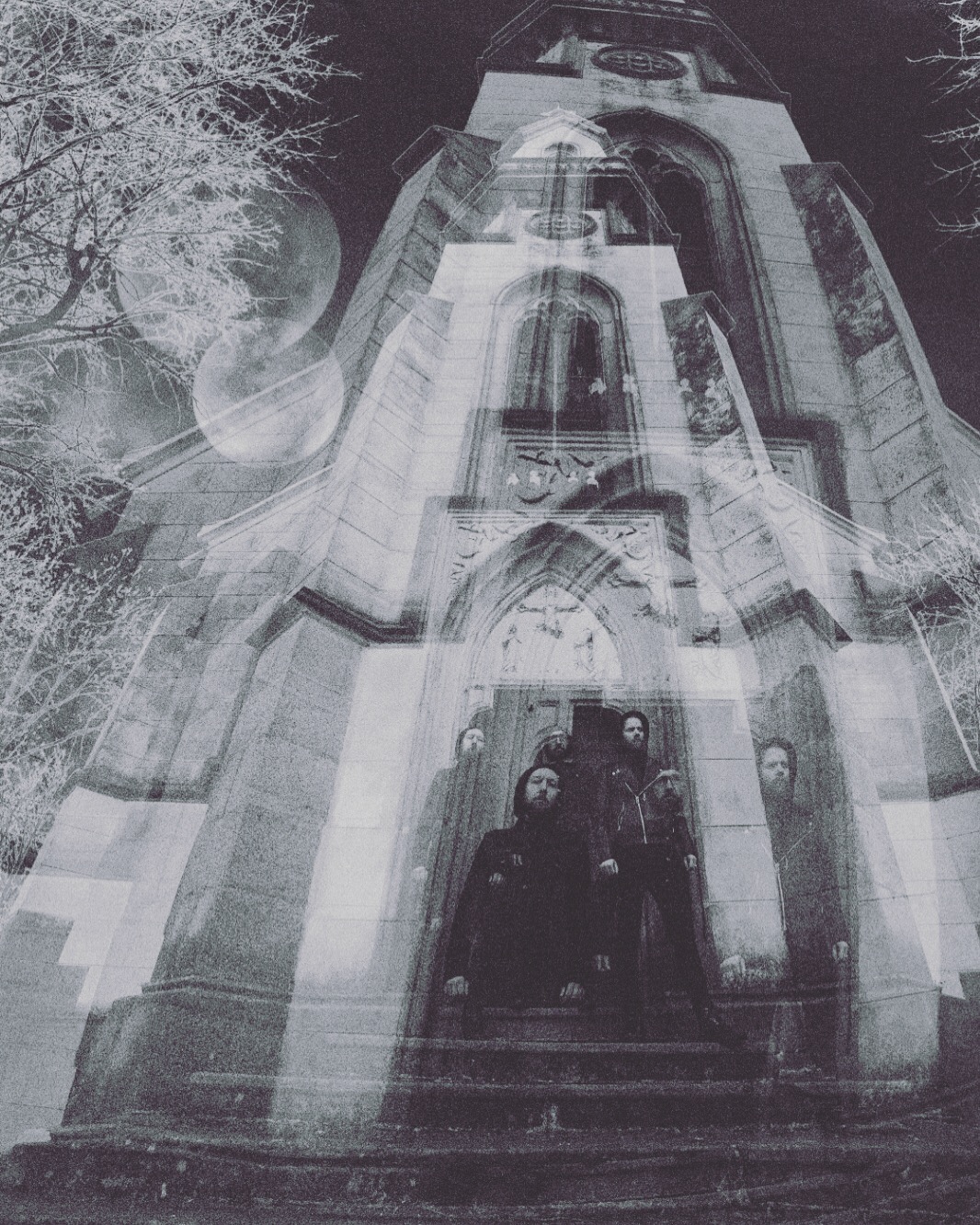 NĀV: From a musical standpoint, we consider CD to be cold and dead. We are delighted that Arcizlo is now on vinyl!

A true collectors treat for all its fans comes from the Czech black metal act NĀV. Their latest full-length Arcizlo has finally got a vinyl edition, in two color versions no less – the classic black and the oxblood red, which was released by three labels: MetalGate, Naše desky and The Barakos. We talked things with the guitarist and vocalist Ivarg.

Almost a year later, Arcizlo is now on vinyl. How do you feel about it?

Joy and excitement. Unlike my colleagues from the band, this is my first vinyl, and I am truly glad that it Arcizlo that is on it. I was very much looking forward to having the LP in my hands, and now that I do, I am simply stunned. The artwork looks great, and the limited edition of the color vinyl is awesome!

Why did you initially focus only on MC? Do you consider CD to be a dead medium?

Yes. From a musical standpoint, we consider CD to be cold and dead. So, we agreed not to go in this direction. Another significant factor was the finances, as cassettes are the cheapest to make and look better than say burned CDs.

Arcizlo received excellent feedback. How do you see the album in hindsight?

I am still thrilled about it. When I recall the recording sessions and how much I enjoyed those… all the extra stuff such as synths, organs, kettledrums, choirs, or the French horn…

Your debut Smrtci was also successful. How do you explain that a band that is merely beginning got so quickly on the radar of the black metal scene?

Truth be told, I do not know… For a long time, we intentionally kept secret who we are so to avoid exploiting the reputation of our other bands, as well as so that all the listeners would approach it without any preconceptions or comparisons. Viktor Palák also had a hand in it, as he sent the ravens heralding the arrival of Smrtci to all the right places.

I my opinion, you great advantage is the foul and nihilistic atmosphere of your music. How important is for you creating the proper vibe?

Atmosphere must be present in our music. The foul that is within us, along with our inner nihilist, has to come out. And music is a great way to make it happen.

Both your albums scored well in the Břitva Awards. How do you see such awards?

As was mentioned in the press release that went along with the Arcizlo LP, music cannot be considered a sport, but of course we are at same time pleased by it. For instance, our drummer Herm considers Břitva as an overview of sorts of albums that he may have missed.

There is but a year gap between the two albums, which of course begs the question if you are already preparing a successor…

Hehe, we are in fact quite ahead. One smaller successor is already complete and another, bigger one, is composed and now we are learning to play it. Perhaps we will present some of it on our shows in the near future. 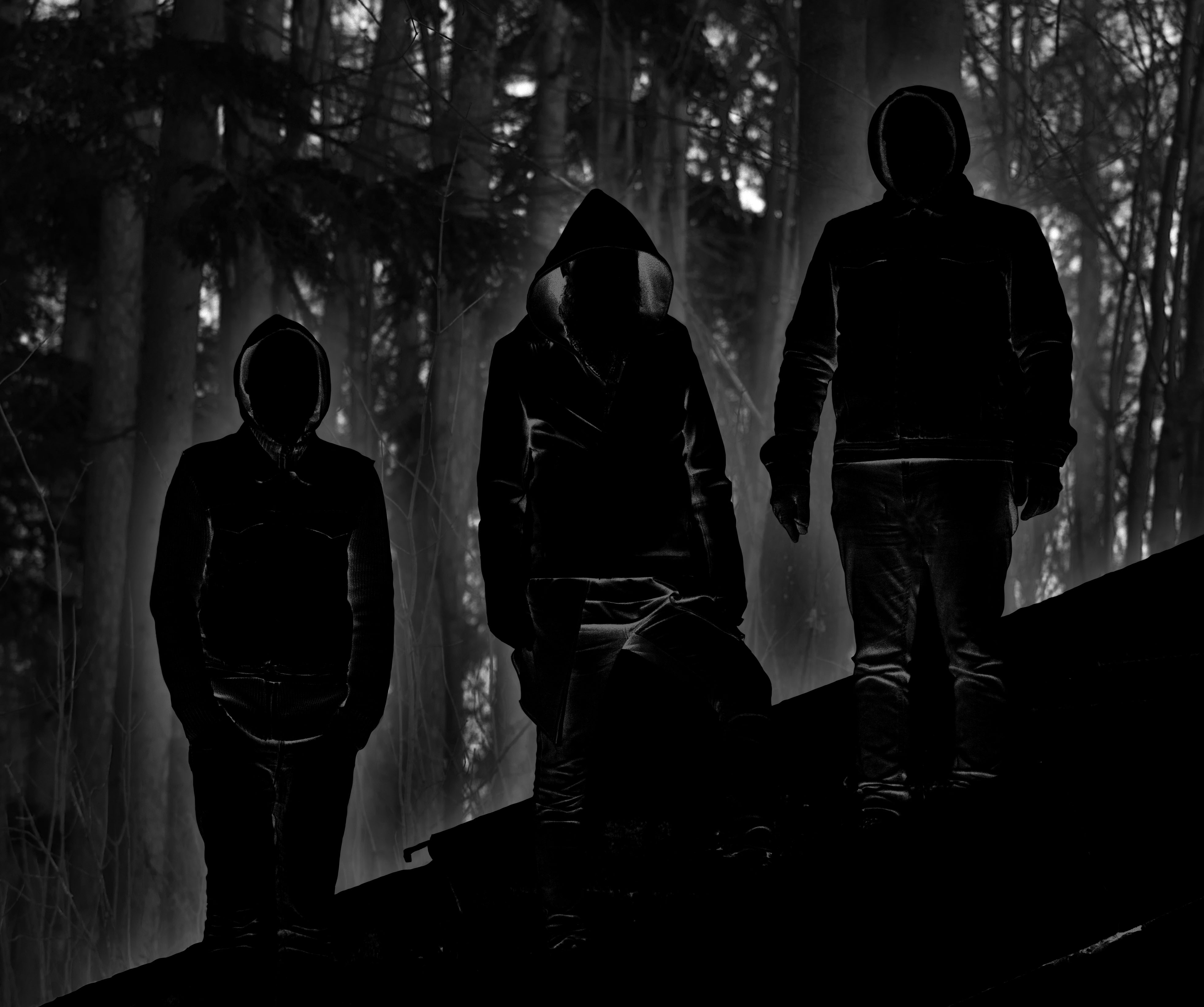 How big a role do live shows play in your case? Are you choosing where to play or do you welcome any gig offer?

We are grateful for any offer, but we do pick. To go everywhere no matter what, with a beer and a meal being our “payment”, we already outgrew that. We had to decline show offers during summer, as they always collided with our vacations. We of course will also always decline to play alongside nsbm and rac bands, though fortunately we have not yet had to deal with an offer for such a gig.

This year you played on MetalGate Czech Death Fest. How did it go?

It was our first show after a year and a half, so we were quite nervous, which I think showed. Hrom also got sunburnt during our show. But then when I was hanging around the venue, I got approached on many occasions by people who praised our performance and wanted to take pictures with me. And that means it went well. I have a good feeling from that show, also given the reviews I read afterwards. I would like to take this opportunity to thank Michal from Anime Torment for lending us a cymbal. He saved us!

Though your sound is uncompromising, I know that you as a music fan enjoy all sorts of genres. What are you listening to these days?

Right now, I am coping with the passing of Dusty Hill from ZZ Top, so them I probably listen to the most at the moment, especially the 1996 Rhythmeen album. Also Dirndl To Go by Airbrusher, which is the project of František Štorm. Recently I had a pretty intense period when I listened to nothing but YOB and was utterly fascinated by the aura of Mike Scheidt. I also enjoy High On Fire. There has not been much black on my playlist recently. I did not even listen to the new Mayhem album. And on a final note, I have also been delving into all sorts of podcasts recently.

Before NĀV you went through several other bands. Can you reminisce about them for a bit in conclusion?

I reminisce often and gladly, and I am still in touch with my former band mates. Not long ago I was in fact on vacation with two ex-members of my first true band Indocumentado, with which we played our first actual shows and were conquering our home region. Then came Swarm, wherein I got my moniker that I still use. Next stop was Of The Woods, with which we toured all over the Czech Republic and also discovered black metal. And finally, Daerrwin, with which I got to play all over Europe. I have fond memories of each era, gained a lot from each and would not change anything. I should also mention Noise Cowboys, a kind of stoner/rock’n’roll, wherein I played for five or six years parallel to the aforementioned metal bands. Unfortunately, after the release of our debut, all sorts of issues emerged, kids we born, and band went belly up.