Cover and contents of the Evolution of the Cult

Dear friends, welcome to the second installment of our coverage regarding the upcoming Czech edition of the pilgrimage into the black metal netherworld by the English writer and journalist Dayal Patterson. Today, we are delving into the first act, originally unleashed in 2013 by the U.S. publisher Feral House, of this four-installments long saga.

First, we would like to unveil the cover of the Czech translation that was concocted by our own graphics department. How do you reckon? 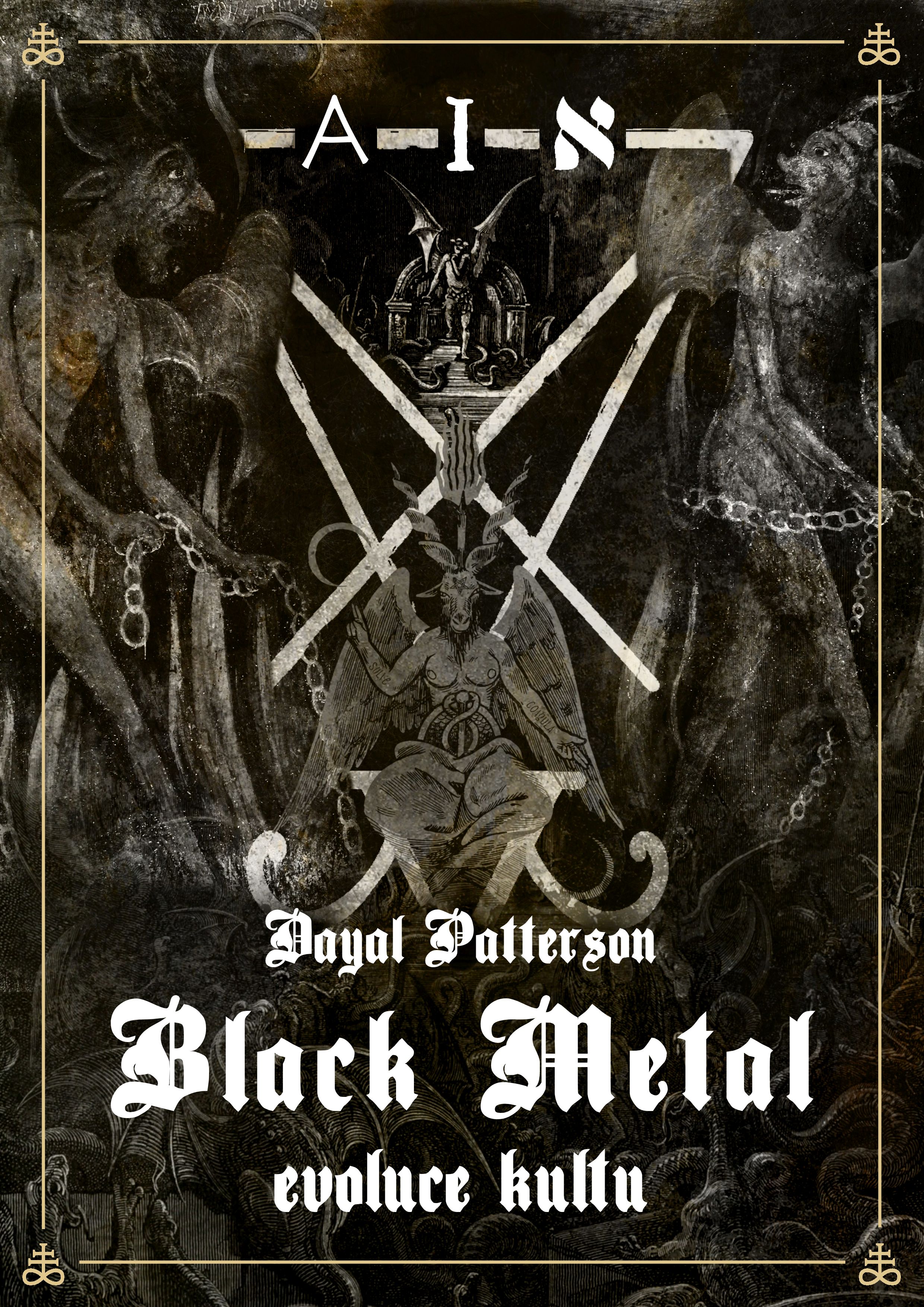 Second, content-wise, the first volume, i.e. “Black Metal: Evolution of the Cult”, offers more than 400 pages of the genre’s history. Starting point is the early metal development, especially around Black Sabbath, Venom or Mercyful Fate, wherein the embryos of the later black metal sound, aesthetics and even ideology came to be. From there, the book moves on to the first wave of black metal bands, such as Bathory, Hellhammer, Celtic Frost, VON or the local pioneers Master’s Hammer. The core is then logically in the second wave of black metal, which of course means the Scandinavian scene (especially the Norwegian one) with all its cult bands and no less significant happenings. Concluding chapters then explore different black metal variations, be it the mainstream black metal of Dimmu Borgir or Cradle of Filth, the folk black metal of Enslaved or Ulver, industrial black metal, or post-black metal.

There are of course more topics explored, as apparent from the following list of chapters:

It is a matter of course that the text comes with plenty of archival and rare photos.