Dear friends, especially readers of band memoirs and fans of the unusual approaches to metal music, this might be of interest, as today, the official history of the band FORGOTTEN SILENCE is published in paperback format! 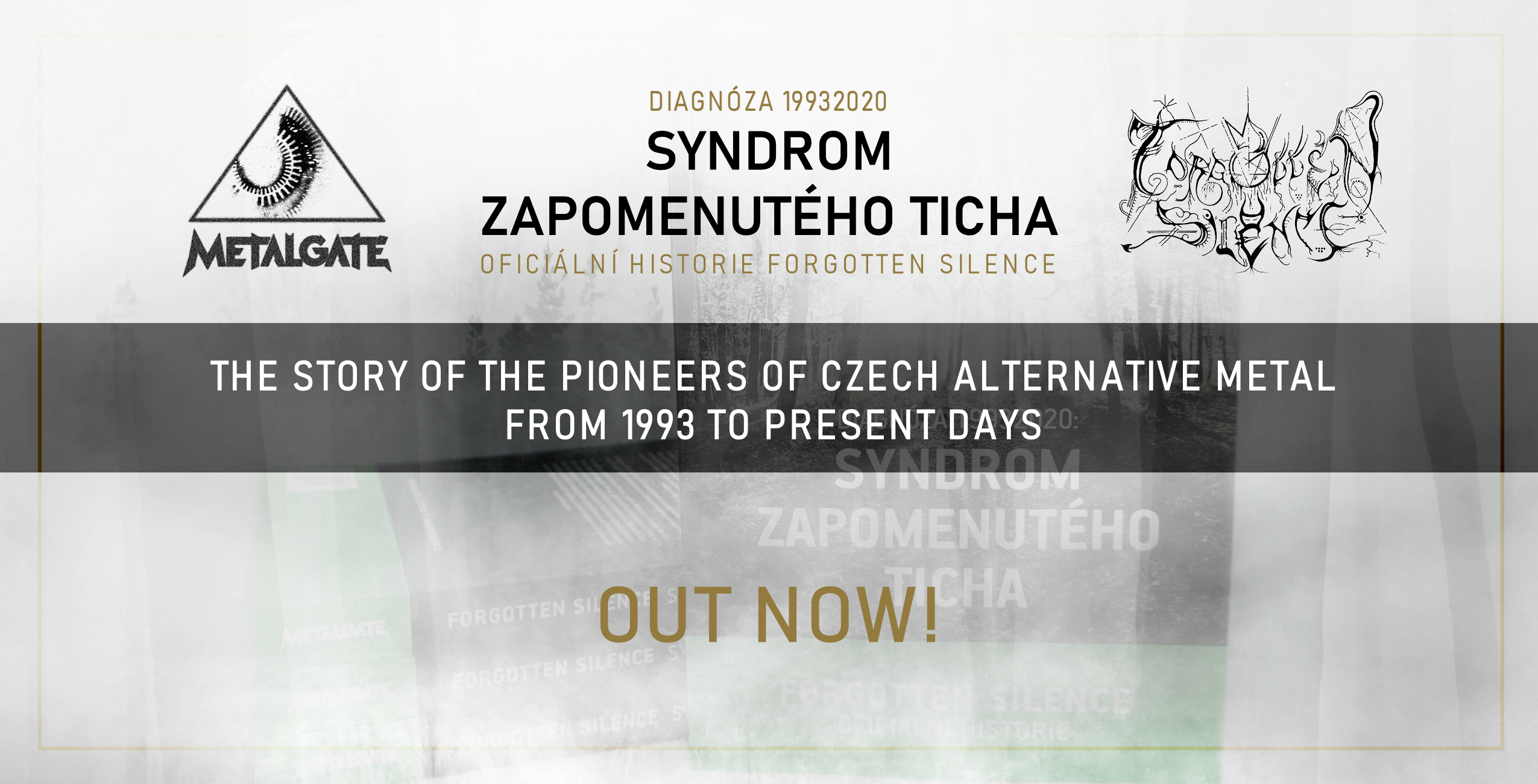 The pioneers of the Czech alternative metal have their own biography now. The book about Forgotten Silence is published!

They began in extreme metal, which however was too constraining for them. Gradually, they moved to rock, psychedelic, ambient, even almost pop waters… Musical boundaries? Nonexistent as far as Forgotten Silence are concerned! The band now brings forth a behind-the-scenes look into their unique world of wonders, vis-á-vis a complex biography entitled Diagnóza 19932020: Syndrom zapomenutého ticha, penned by Alexandr “Krusty” Nováček and Lukáš Hořínek and published by the Prague-based MetalGate Records.

With the scope of some 300 pages, the biography chronicles the history of Forgotten Silence, presenting recollections from many former band members, as well as what currently goes on in the band. All archivists will surely find much to their liking not only a list of all shows the band played between 1999 and 2019, but also the complete lyrics to all released Forgotten Silence songs. Finally, there is also a special chapter regarding the band instruments and other equipment for all backline geeks. Plenty of archival photos are a matter of course.

“When it comes to the concept of the book, I got mainly inspired by the approach chosen by Rotting Christ and Dayal Patterson in their Non Serviam biography, wherein the author takes the role of a moderator and lets the insiders do the talking. I am not a writer, so I would not be able to convey a story I was told. But this was a way I like very much,” outlines Lukáš Hořínek the handling of the project, adding that all the important milestones of the band’s history are included, making this a comprehensive probe indeed.

A probe that will be of interest even to those readers who have not yet encountered the music of Forgotten Silence. After all, it is an authentic reminiscence of a time when the Czech underground was just conceived and at the same time went through some very fruitful years. “The book does not suffer from a tunnel vision of focusing just on Forgotten Silence, which means that all the memories are placed within the context of their time. The 90s and the turn of the millennium were a unique era from the standpoint of culture and freedom that will not happen again. I thus dare to say that Syndrom zapomenutého ticha is not only for all our fans, but also for everyone who was growing up musically in that time, inhaling this singular atmosphere,” says Krusty.

The book cover, layout and typesetting were taken care of by Radek “Onehalph” Doleží, who has been working with Forgotten Silence for some time now. The foreword was penned by Jan “Johan” Filip, the editor-in-chief of the Fobia e-zine.

Press release | Available in CZ only