MetalGate Records proudly presents: Voluptas - Towards the Great White Nothing

Dear friends, today marks the official release of the second full-length opus "Towards the Great White Nothing" of the Prague-based black-doom act Voluptas in digipack formta! Highly recommended for all, who revel in filthy, raw black metal that is however not afraid to transgress its boundaries to more experimental territories, such as noise or ambient. Order now on MetalGate e-shop! 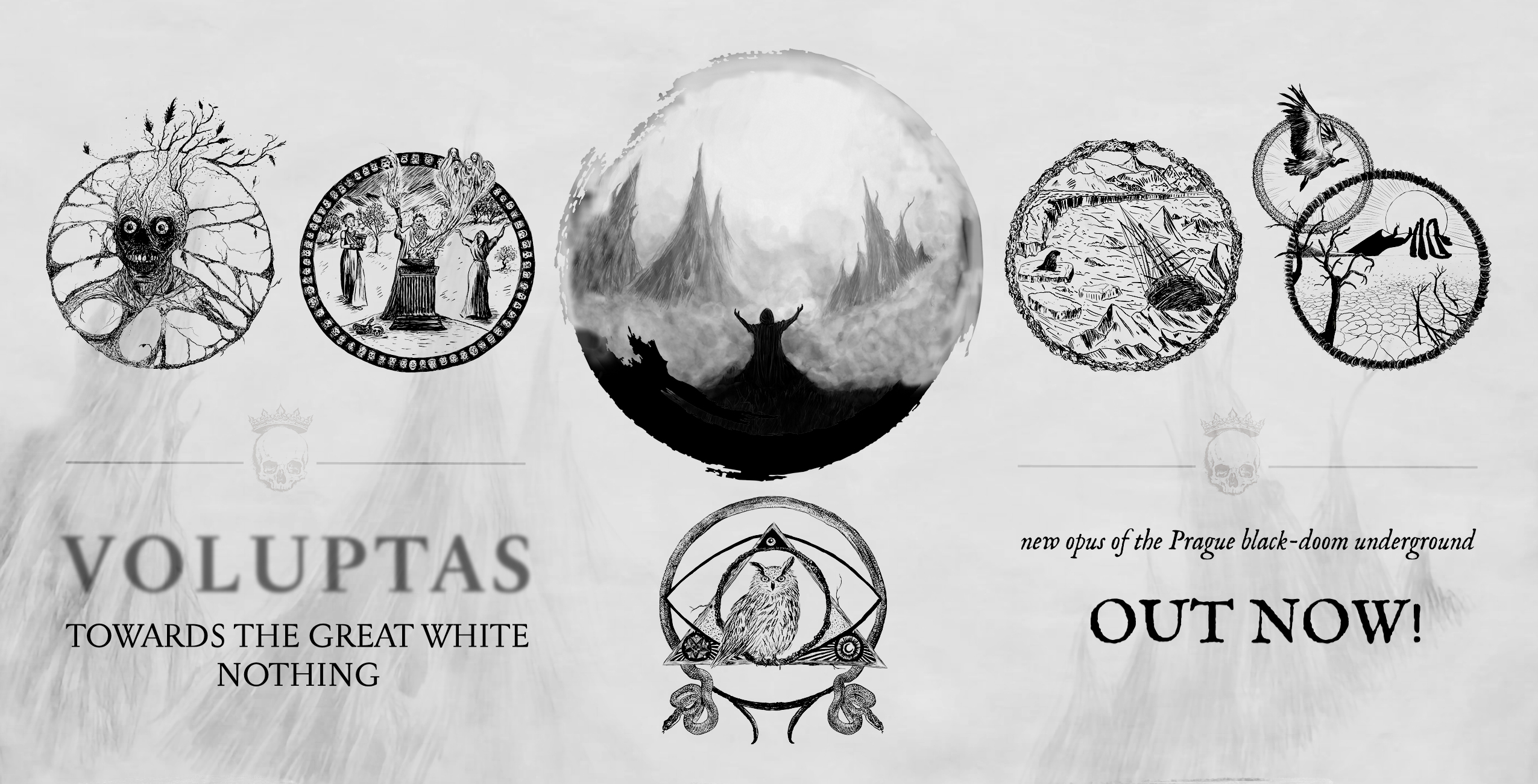 Filth, frost, and craving for experiments… The new album of the black metal act Voluptas is out!

Their music stems from the classic northern black metal, while at the same time they indulge in unusual approaches, are not afraid to slow down, play the more psychedelic note, or dive into the more experimental territories. The Prague-based act Voluptas has been on the scene for a while now, gradually gaining experience, seeking their own expression, so that in 2020 they could strike with a masterful album that should not go unnoticed. Towards the Great White Nothing is now released by MetalGate Records!

Especially the fans of such bands as Ved Buens Ende, Dødheimsgard, Virus or the early Ulver should now take heed, though the acts mentioned are but a clue, as Voluptas are trying to walk their own path. Zbystřit by měli především fanoušci kapel jako Ved Buens Ende, Dodheimsgard, Virus či raných Ulver. Zmíněné soubory jsou však pouze vodítkem, Voluptas se snaží kráčet vlastní cestou. “What matters to us is rather the atmosphere and organic nature of the composition,” the band states. And these words precisely fit Towards the Great White Nothing. Now and then the black metal storm gets laced with touches of doom, noise, or even saxophone, making the final concoction distinct indeed and Voluptas one of the most noteworthy young acts of the Czech black metal scene.

The recording took shape in the Prague-based Dödsmord Studio of Anders Axelsson in early 2019, with Axelsson also mixing and mastering the piece.

Hear for yourself the musical qualities of "Towards the Great White Nothing", as we are streaming the album in full again on our YouTube channel.

While the Ved Rums Ende debut was conceptually revolving around an autumn atmosphere, its successor moved to winter. “The recording took place in winter, promo shoots as well, even some of the songs are somewhat colder,” says the band. “The phrase Towards the Great White Nothing is from the lyrics to the song Between Terror and Erebus, which is inspired by Franklin’s Arctic expedition. That said, it can be interpreted in other ways – for example as death, emptiness, absurdity and so on. Using it as the title of the whole album thus seemed right to us for more than one reason.”

The album artwork is the creation of Kristýna Vašíčková, who beside the frontcover also came with stunning illustrations that interpret the motifs of individual songs. The overall layout and design were then created by Vašek Kokeš, who worked with VOLUPTAS already on their debut Ved Rums Ende.

Finally, it is also worth noting that should you wish to hear this evil live, the album release party shall take place Thursday, November 5, in the Prague-based Underdogs' venue!