With an album release, it is customary for the band in question to subsequently embark on a tour to present their new songs to their fans live. Postcards From Arkham, whom we released last week a brand new studio album "MANTA", are no exception and thus today begins their Busking Ritual Pt. 2 tour!

That said, this will not be your run-of-the-mill tour, for on it, this Lovecraftian post-rock project shall perform in unusual settings and present their repertoire in an unusual way. 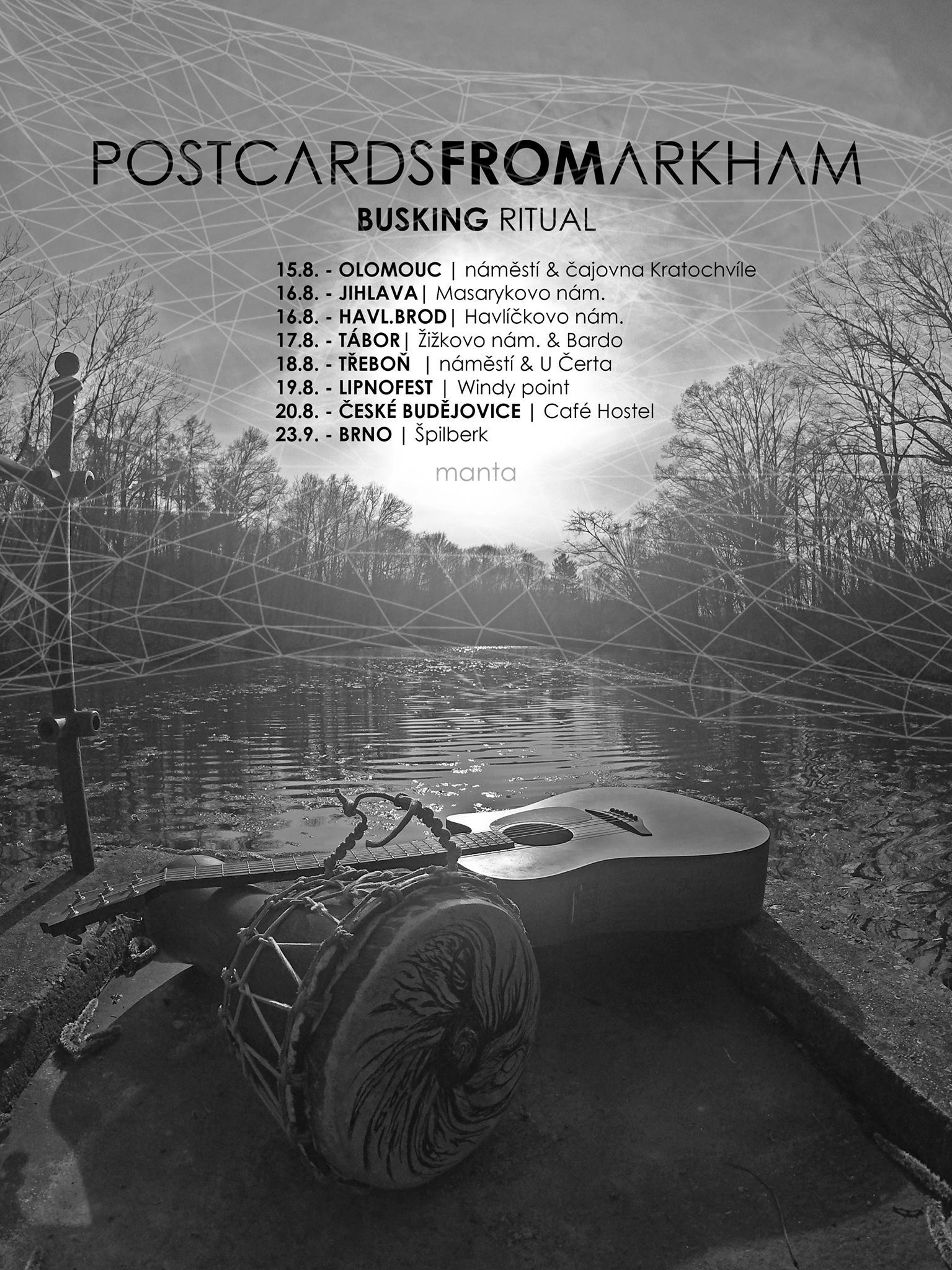 Between August 15 and 20, you will be able to come across Postcards from Arkham on the town squares of various Czech cities during the day, as well as meet them in the local clubs, pubs or teahouses in the evening, and hear the songs from "MANTA", as well as from its predecessors "ÆØN5" and "Oceanize", in a purely acoustic manner!.

We recommend you drop by, for you will never hear this arrangement of their music on the regular PfA shows.