One tour is done, another begins. This Friday already, the gears of the SPRING STORM TOUR 2017 will be set into motion to dominate primarily the Czech stages during the following three weekends! Spearheading this tempest are two seasoned icons of the Czech scene.

The first one is Tortharry, an iconic death metal act that has been around for over 25 years already, having released eight studio albums, co-organizing MetalGate Czech Death Fest, and played about 800 shows, including two tours in Latin America and gigs with the legendary Death.

The proverbial other side of the same coin are Six Degrees Of Separation, one of the most unique bands on the Czech metal scene that has been spreading its signature metal-soul for over 20 years now. Last year, SDOS gifted its fans with a brand new album "Simple", acclaimed primarily for the complexity of its songs and the corresponding plethora of moods and expresions these thus convey that will not leave your head, if you delve in.

Joining the two is the ambitious melodic death-thrash-heavy young blood InnerSphere, established in 2015 and currently preparing its debut album.

Enjoy this diverse trinity live on one of the following shows: 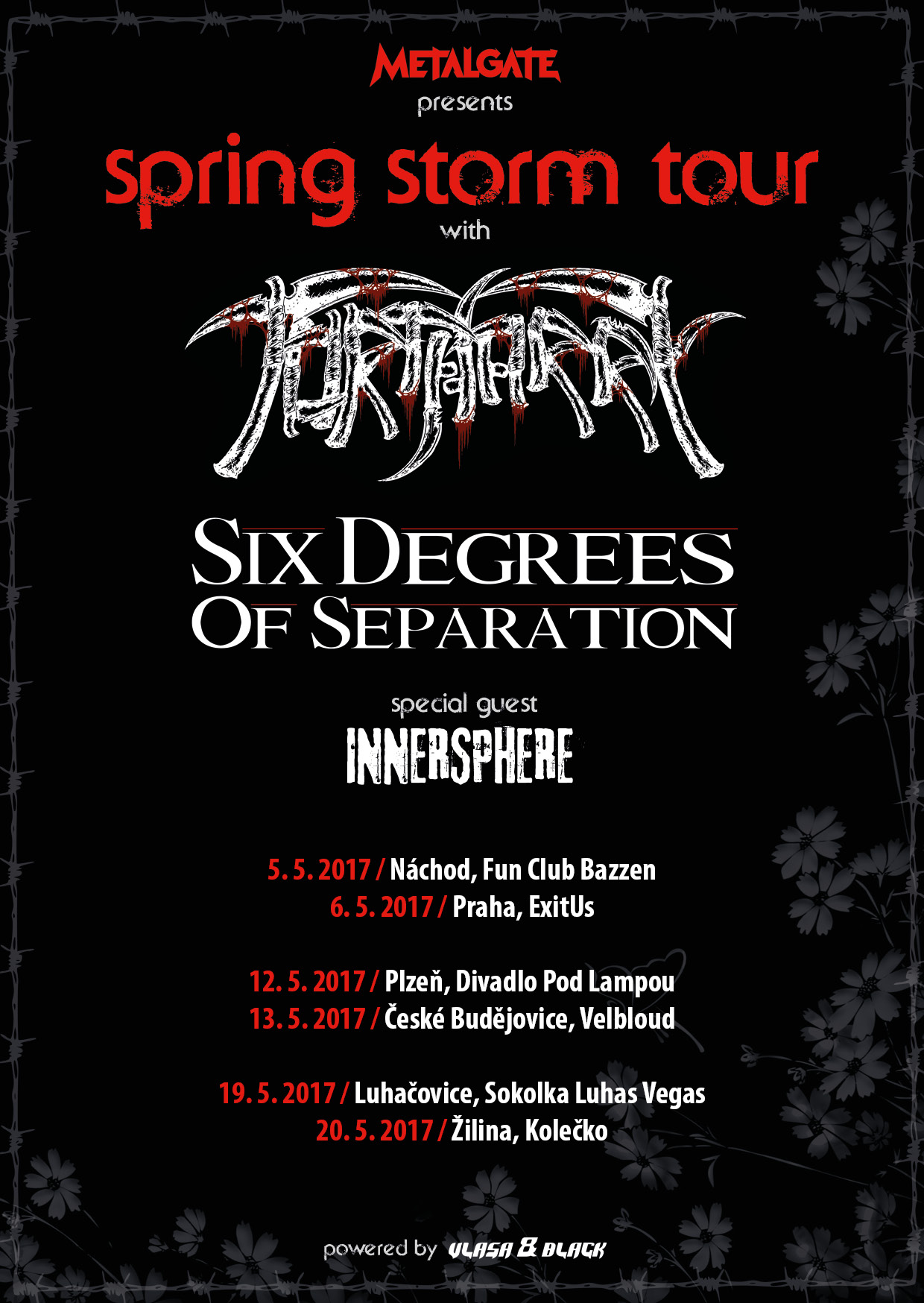