Friends and comrades in toxicology, the most ambitious album to date - "Toxin" - of the Czech cyber metal orchestra MINORITY SOUND is out in digipack format! Order now on MetalGate e-shop either as standalone or as part of the "Quadrilogy" bundle with the entire MINORITY SOUND discography! 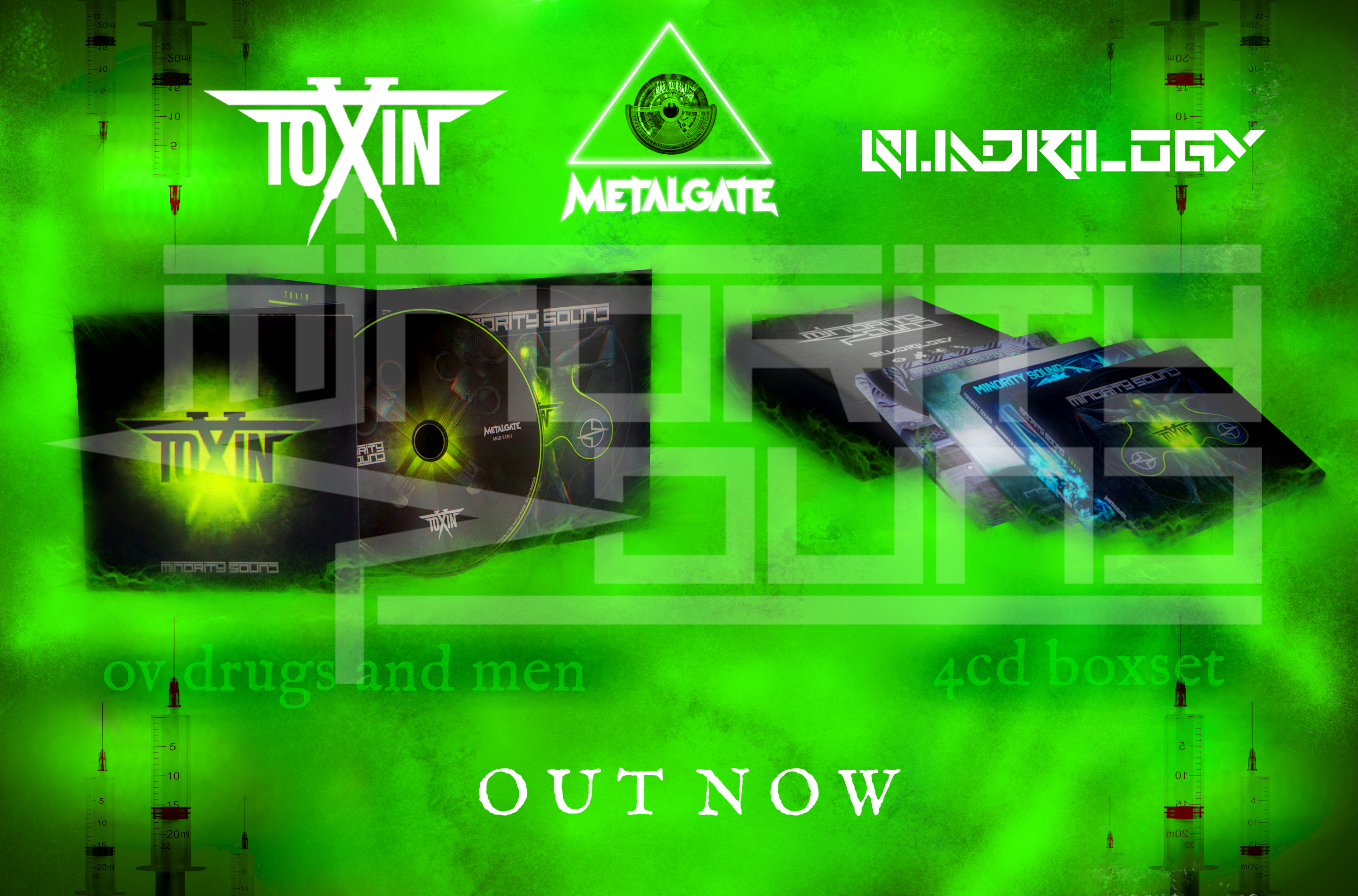 Although many promotional texts regularly use various superlatives, in this case however, we bring to the table no empty promises or exaggerations for at least three valid reasons!

First – this time again, MINORITY SOUND are not standing still, as the cyber metal cosmos is so vast and unexplored that it would be a shame to survey just one planet. Hence you can be sure that the MS starship, under the leadership of captain Otus, traversed once again numerous light years and gathered the ingrediencies from every corner of the galaxy. The crew then assembled those, with the precision of Swiss watchmakers, into a single compact whole that will take the listener from raw, dark and uncompromising industrial, over melodic, death, thrash, all the way to modern metal. In other words, if the passion for experiments and for trying out different avenues is what you admire most about MINORITY SOUND, then “Toxin” will not disappoint.

Second – sound. It all began already in The Barn Studio, where “Toxin” took shape during two cold December weeks. The band agrees that is was the strict supervision of Dan Friml that pushed each musician to his very limit, which is then of course reflected in the outcome and confirmed by every component, be it the Dharm’s precision drumming, the bass onslaught of Petr Bláha, or the vocals of Gulesh, who since last album grew into a master vocalist. Then there are guitars that we could analyze ad nauseam, as Gulesh and Otus orchestrated a motherload of riffing, while keeping ample space for clean guitar work. Present are naturally the signature dark industrial cyber soundscapes, and for the first time on a MINORITY SOUND album, there was space for a gong, with Otus at times claiming that it is one of the profoundest instruments he ever played on. Mixing and mastering of this cyber metal orchestra was taken care of once again by the Canadian producer Rom di Prisco, who translated the recording into a crystal-clear sound.

The sound qualities can be determined after all for oneself with our now customary full album stream, which can this time be found right here: 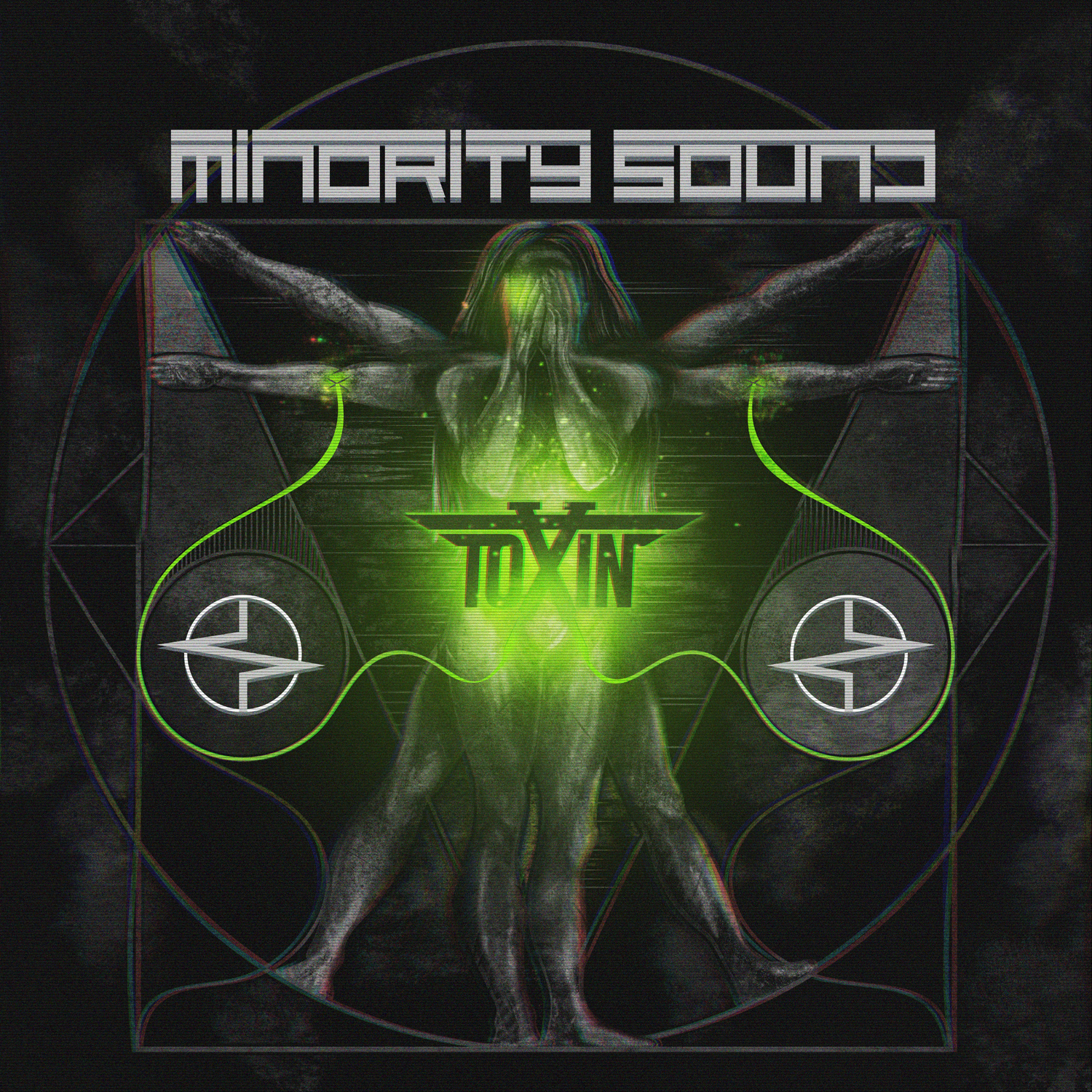 Third – a complex lyrical side of the album, which invites the listener to at least partially witness the ups and downs of the band leader Otus. And if you listen to these tales of drugs and men closely enough, you will realize that “Toxin” revolves around the thought that each one of us has his/her own addiction with which he/she fights. The form may differ, yet the experiences are oftentimes equally dark, especially if you are unable to find your detox (which for Otus was precisely the “Toxin” album). It is also apt to note that lyrics-wise, Otus joined forces with another notable persona of the Czech metal scene – Chymus (ISACAARUM, ANTIGOD).

With such arguments laid bare, we can say this: we dig “Toxin” very much! And we are proud of what MINORITY SOUND created and how far they evolved, as these guys are with us since their 2010 debut “Analysis”. Now, you are cordially invited to see for yourself!