Authors of Non Serviam: The Official Story Of Rotting Christ

Dear friends, here comes the third installment of our coverage pertaining to the upcoming Czech version of the book Non Serviam: The Story Of Rotting Christ. As we considered last time the contents of the volume, it would not be amiss to also get acquianted with the authors themselves.

As you surely registered, "Non Serviam: The Official Story Of Rotting Christ" has two authors: on one hand, the English writer and music journalist Dayal Patterson, and on the other hand, the most qualified man for such a topic, Sakis Tolis, the founder and frontman of ROTTING CHRIST. Check out a short bio for each below: 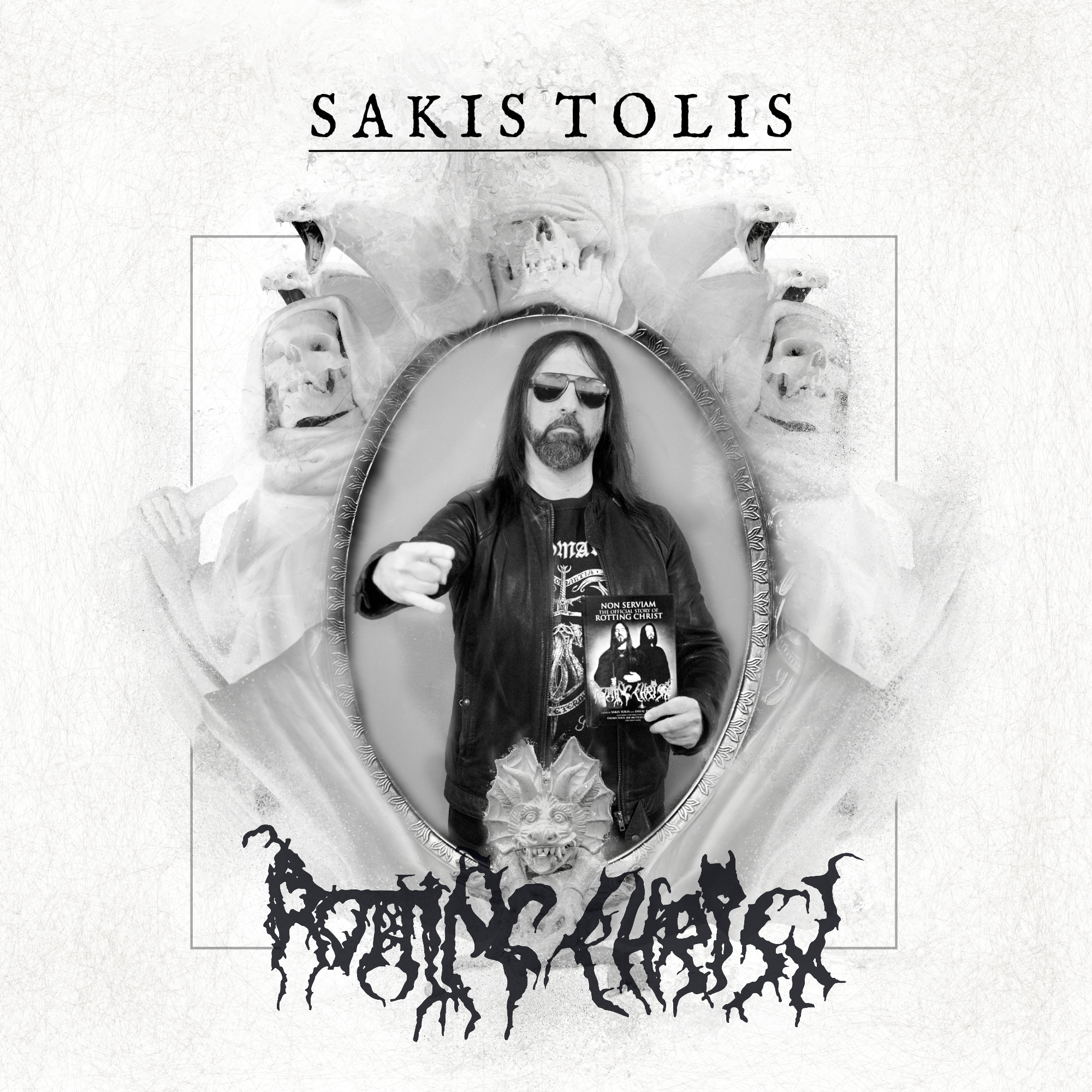 One of the greatest black metal icons of today. Athanasios “Sakis” Tolis is an exceptionally talented musician, composer and charismatic frontman, as well as band leader, manager, a Greek with a big patriotic sentiment and a goalseeking individual. Currently he is also a writer, who maps alongside Dayal Patterson the history of his no less iconic band Rotting Christ.

Sakis was born June 29, 1972, in Athens, where he spent his entire childhood and teenage years. The Tolis family led a typical life of the working-class denizens of the poor Athenian neighborhood of Nea Ionia, not interested in music in any particular way. For Sakis however, music was the means to escape the ordinary, and he started listening to rock bands already when he was 10 years old.  Several years later he discovered Iron Maiden and Motörhead through a friend, whose brother living in the U.S. sent over some tapes.  Captivated by such music, as it perfectly corresponded with his feelings of youthful rebellion, Sakis not only started to search for more metal recordings, but also for a guitar (despite not having previously played any instrument), as he decided to also make his own music.

Sakis, his brother Themis and Dimitris Patsouris (a.k.a. Jim Mutilator) were a gang since very early on. The played football together, went to shows and were meeting likeminded peers. Once they saw a local band rehearsing and immediately knew they must also try it out. Together they thus formed a band named Black Church that was shortly after rebranded to Rotting Christ.

Now fully immersed in this new activity, they rehearsed every day, gradually growing and gaining experiences. Soon came the first demo, then the first full-length (a grindcore one), then another and another (black metal ones), and the name Rotting Christ started to mean something on the global extreme metal scene. They also got their own studio, where not only they recorded, but also their friends, even from abroad. Eventually, a keyboard player Morbid joined their band.

Then things went south. First, Morbid left, and after the release of the “Triarchy Of The Lost Lovers” so did Jim. There was no way to earn a living with music. Themis suffered from depressions and Sakis was left alone in the band. For a year he worked in construction with his father to make some money.

So, for the first time, Sakis took all the responsibility for Rotting Christ upon himself, laboring tirelessly to keep the band alive despite the permanent absence of Jim and a temporary one of Themis. Gone was the careless enthusiasm of old, in its place an ever-growing pressure and responsibility that have never left the band since.

Sakis was thus becoming a solid professional and as his goals reached ever higher, so grew the skill and reputation of Rotting Christ as such. Themis rejoined the band and both brothers are an inseparable team today. The line-up saw many musicians come and go, all leaving their mark on the band sound. They also managed to sign with a strong label Season Of Mist. Today, Rotting Christ are on the top, with Sakis proving that much needs to be sacrificed for turning dreams into reality, but if one follows one’s vision 100%, the goal can be reached. 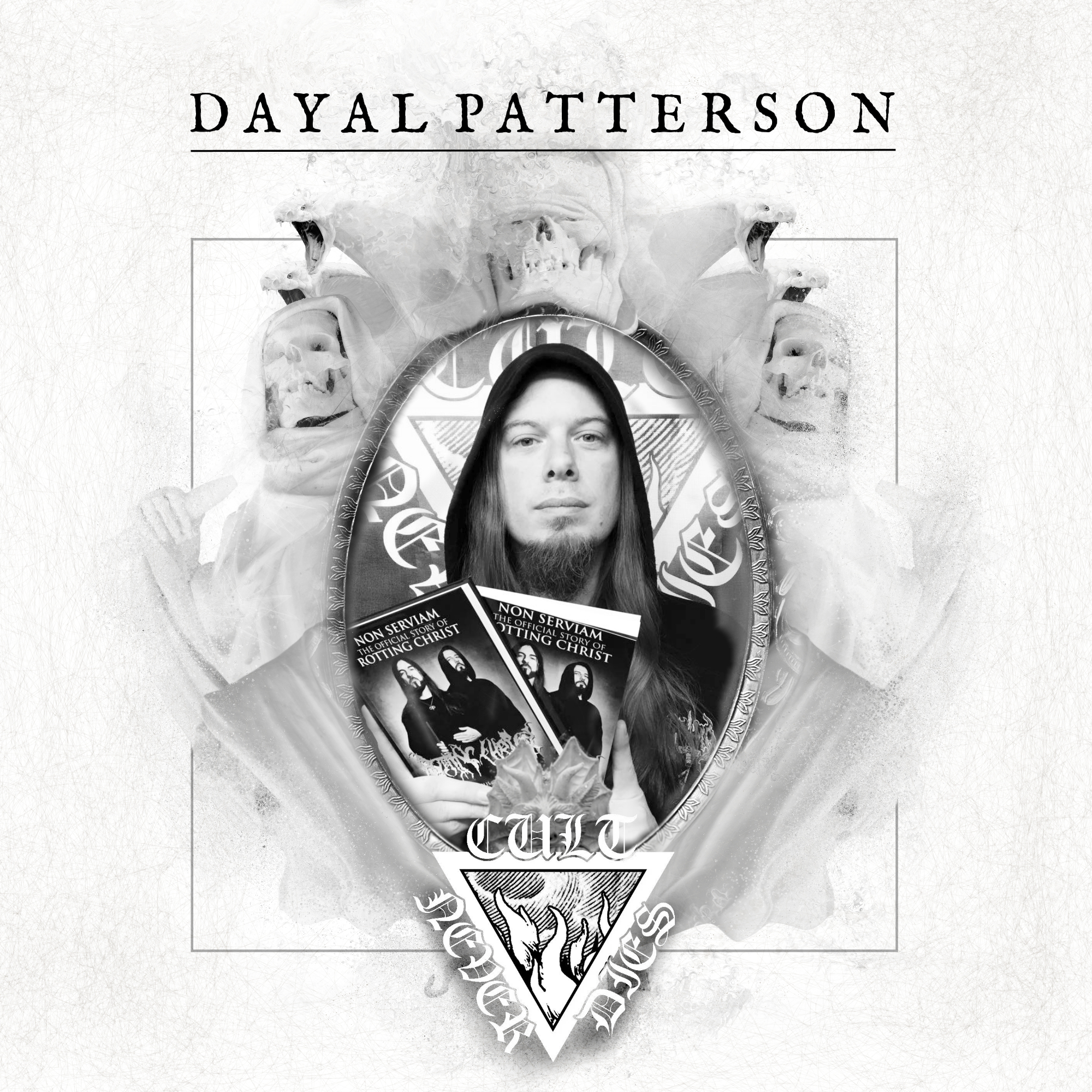 Man utterly immersed in metal music, though he also likes punk and rock. Furthermore, he enjoys exploring, recording and documenting. He listens to extreme music since his 13 years of age.

When done with high school in 2000, Dayal founded a music zine Crypt, though at the time he was more interested in photography than journalism. He thus became a photographer for the Terrorizer magazine, which gave him the opportunity to meet and converse with a host of bands. He sought their opinions on questions that interested him. Dayal then published the outcomes of such debates in the first issue that ended up well, thus giving birth to his own zine.

After a year of taking photos for Terrorizer and publishing the Crypt zine, Dayal was offered a position of regular contributor, whereby he began to also write articles for Terrorizer. Since 2005, his articles began appearing in other magazines as well, including Record Collector, The Quietus, Decibel or Classic Rock Presents. A year later, Dayal managed to start cooperating even with the Metal Hammer magazine, for which he wrote a plethora of title articles, as well as stories of famous bands.

Around that time, he also graduated the London College of Communication, photography major, as one of the best in his class and till this day he practices documentary, portrait or promotion photography for numerous media, bands, individuals or companies.

Encouraged by successes in journalism, Dayal founded in 2013 the publishing house Cult Never Dies that specializes on black metal music. Its name is derived from a title of one of his books, i.e. from “Black Metal: The Cult Never Dies Vo. One”. Presently, besides publishing books, the house is also involved in manufacturing merchandise for black metal bands.