Dear friends, we hereby cordially invite you the most fiendish depths of the Prague netherworld, as today marks the official release of the eponymous debut album of the black-doom lizards Hnus Umírající, in digipack format! Order now, separatelly or as a CD & t-shirt bundle, on MetalGate e-shop! 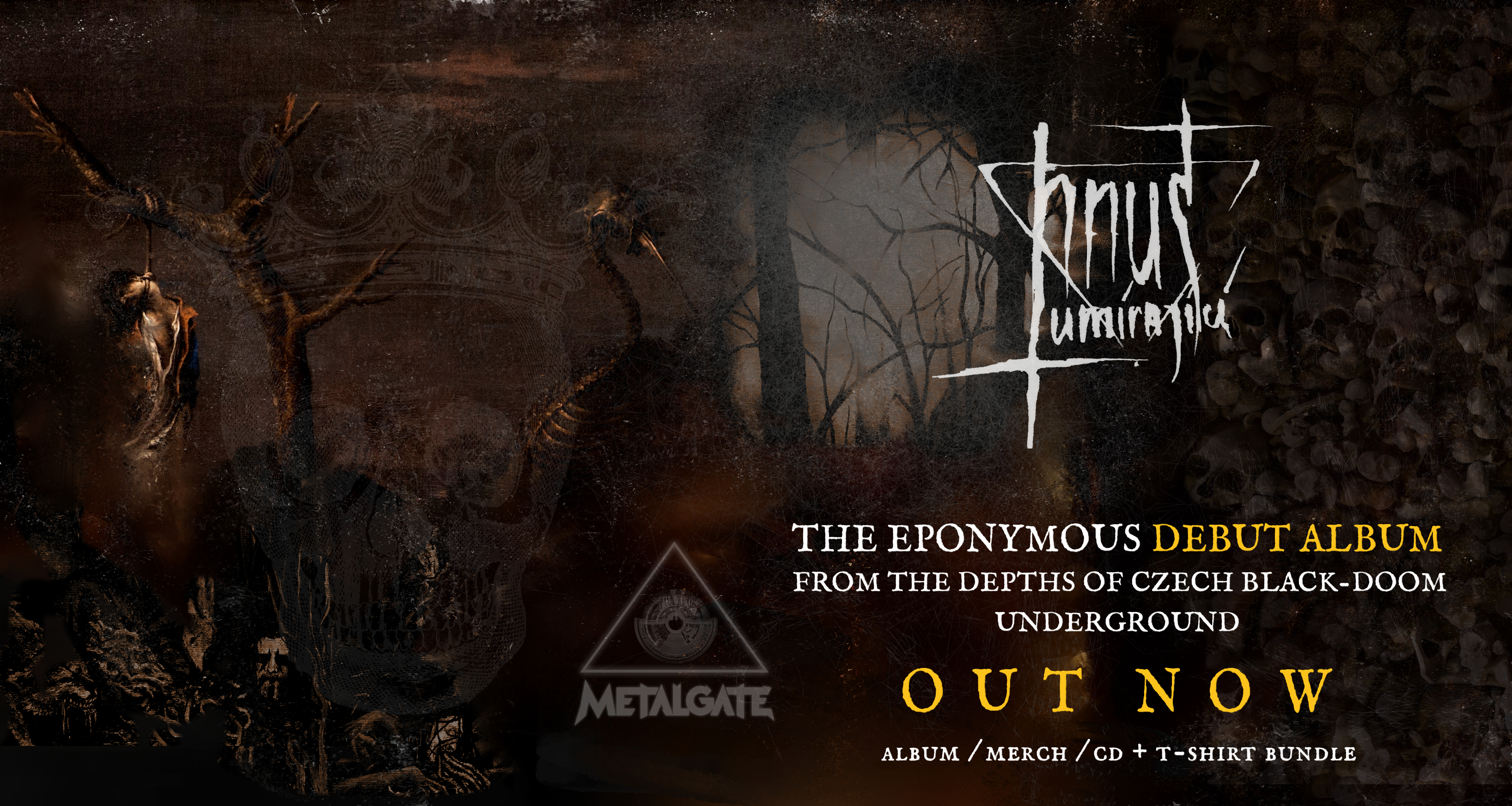 Welcome to the undercurrents of Czech metal scene! For it is whence, i.e. from the fallout bunker no.6, situated somewhere underneath Prague, the radioactive lizards of HNUS UMÍRAJÍCÍ come from, now emerging from the underground shadows to incinerate all around with their eponymous debut album, which on the scope of six songs shall permeate you with a motherload of raw yet atmospheric black metal gamma radiation, enriched for greater effect with doom metal isotopes. Expect however no run-of-the-mill misanthropic litanies or infernal pits, as HNUS UMÍRAJÍCÍ are neither the classical black metal horde, nor your standard pessimistic doom metal conclave. The band’s ethos, which subsequently determines the thematic side of the debut, on the contrary stems, given the background of individual members, from the positive activist HC/punk environment, whereby the song lyrics then cover not only a wider critique of certain societal constructs, but also deeply personal reflections of concrete stories and problems. After all, some rather abstract preaching may not be as necessary, since the day-to-day life can easily be a wellspring of disgust. Just look around and truly consider what you see.

That we are dealing here with an underground squad, apropos established in 2015 by former members of !Úl, Balaclava, Projekt Parabelum, Let Them Burn and N.W.O. as a response to the stagnant waters of Czech black metal, is apparent also from the genesis of the album itself, in which everything happened a bit differently that what you may be used to. No standardized production, rather primarily a D.I.Y. approach, still very much alive in the depths. Thus, the band recorded the album purely by themselves, using their lair, that is the aforementioned fallout bunker no.6, as a studio. The sessions were overseen by the court sound engineer of HNUS UMÍRAJÍCÍ, Martin Linda, who also took care of mix and mastering (and likewise did so in the past for e.g. Somnus Aeternus, Draco Hypnalis or Sklepmaster).

Equally noteworthy was also the development of the debut album art, which also arose from the local artistic underground, as it was authored by the distinctive Czech artist Petr “Gordo” Malecký (in subsequent cooperation with the band’s own designer Kristýna Drajková). Exclusively for this album, Petr painted in the classic fashion an entire series of oil paintings on canvas, among which he spread the central visual motif. Do not be fooled by the frontcover then, as there is far more to see on the album.

Will you thus dare to traverse the most fiendish reaches of the Prague netherworld? Maybe you will not come back. And if you do, you will not emerge unscathed. For people avoided that place for a time, and rightfully so. They wanted to believe it was over. After all, the area of the fallout bunker no.6 was irradiated for several months, and no one could survive that this long. And yet, when the first brave ones, driven into that accursed site by curiosity, returned, their hair turned gray, eyes filled with horror (in those that have some eyes left that is), and confused mumbling about some inhuman shrieks and other sounds that made the ears bleed, as well as about the all-consuming slimy darkness, spoke for themselves. Nothing was over. On the contrary, it was just beginning!

In cooperation with MarastMusic.com, we are once again streaming the album in full, whereby your playlist for today is taken care of: