Dear friends, the day of ruin is here, for at this very moment the fiery conclusion to the apocalyptic triptych, "Within Destruction", of the Czech death-thrash metal horde NAHUM is officially released in jewel case format! Order now on MetalGate e-shop! 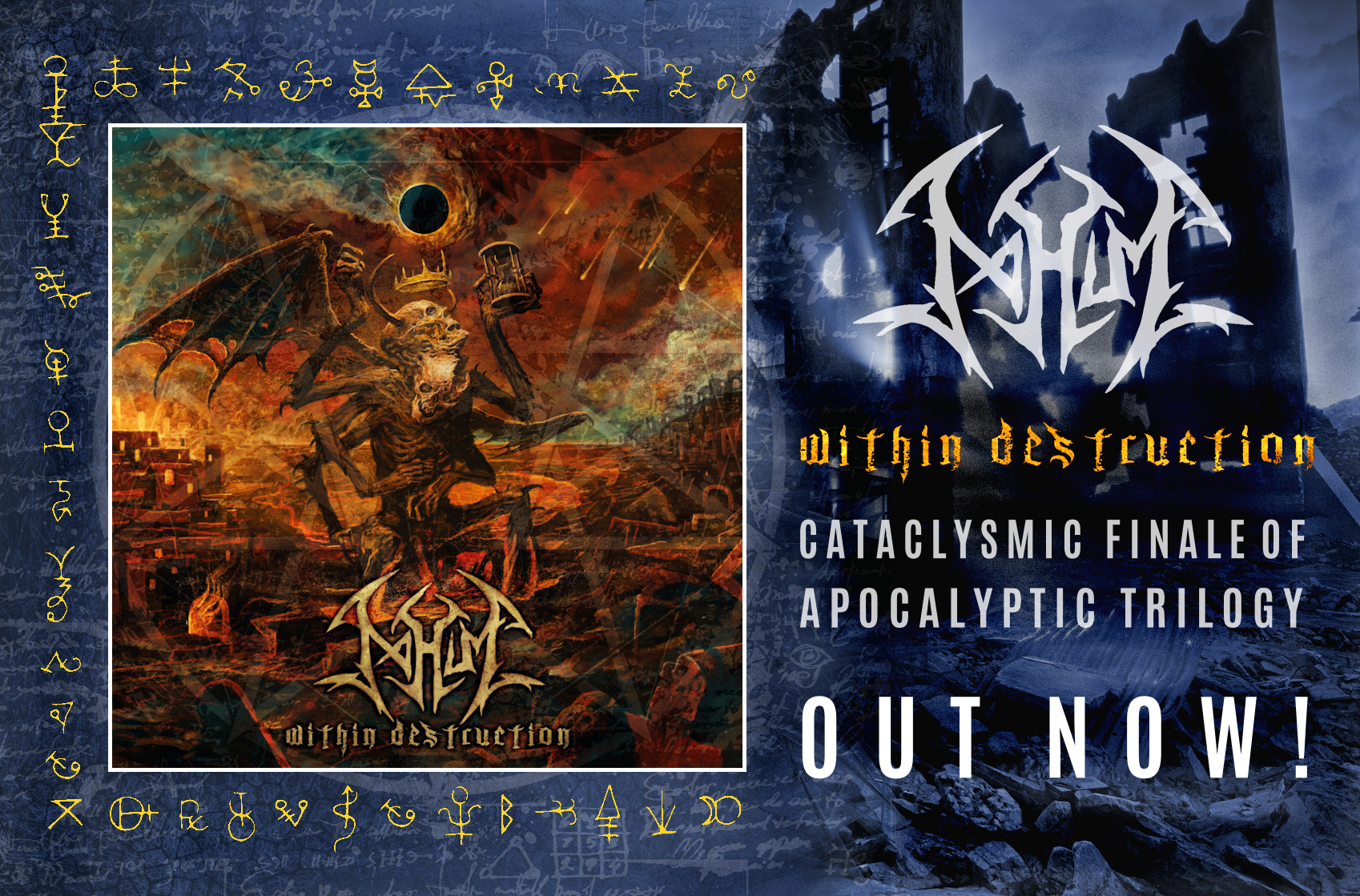 The coming of the apocalypse is inevitable. Thus far, no one knew the day or the hour, but all that changes now, for the third and the most extreme album of the Czech death-thrash horde NAHUM is released now! The nine blasts contained therein shall not let you leave their clutches from the very first second. Speed turns to brutality, and the blood boils under the onslaught of bass lines, sharp riffs and insane solos in the vein of Chuck Schuldiner. The outcome is an utter annihilation of any and all.

This uncompromising new full-length is soaked in the sweat and blood of the band, as its creation was extremely meticulous. With the new material being composed already in late 2017, the band left nothing to chance and made demos of all the new songs before heading to studio, so that the tandem of Tomash Nahum (the main composer) and Michal Kapec could polish the arrangements to perfection, while the frontman and vocalist Pavel Balcar added individual lyrics. The recording sessions themselves kicked off early this year in several studios no less. First, in late April, the drummer Tom Brighter entered the Abbadon Studio to record his parts. In June commenced the recording of guitars. The band took advantage of the home studio of one of their own, Michal Kapec, and was thus able to spend around 200 working hours on the guitar sessions, and it shows sound-wise. In early July, Pavel and Jan Balcar headed to the GM Studio to record vocals and bass. With everything finished by late July, the tracks are sent to the renowned Polish Hertz Studio (Vader, Behemoth, Decapitated…) for mixing and mastering that took almost two more months. The result however is simply brilliant.

Hand in hand with the music took shape the album art. The frontcover was authored by Vladimir “Smerdulak” Chebakov, who previously cooperated with Katalepsy or Sodom, and though he had some guidelines from the band, it was primarily his intuition that spawned the apocalyptic scenery that adorns the album. “Vladimir did great work. And for long time we did want such a piece of art. He had our music at his disposal and his visualization if it left us speechless! We are proud to be able to cooperate with such a talented artist further,” hints Pavel at what is to come.

There is no secret that the creation of the third full-length was difficult for the band, with the particular approach testing the experiences, professionalism and personal strength of all the members. As Pavel says, “Given how I already hate this album, it must be simply great! After much pain we bring to the world our third bastard. May it take on a life of its own!”

To have the new album with all the trimmings, NAHUM are promising a massive tour, covering Czech Republic, Slovakia and Poland. For details, keep an eye on the band’s channels.