Dear friends, the grand finale is here, for today is the official release of the special acoustic album "Spirit" of the lovecraftian post-rock project Postcards From Arkham in digibook format! Order now on MetalGate e-shop! 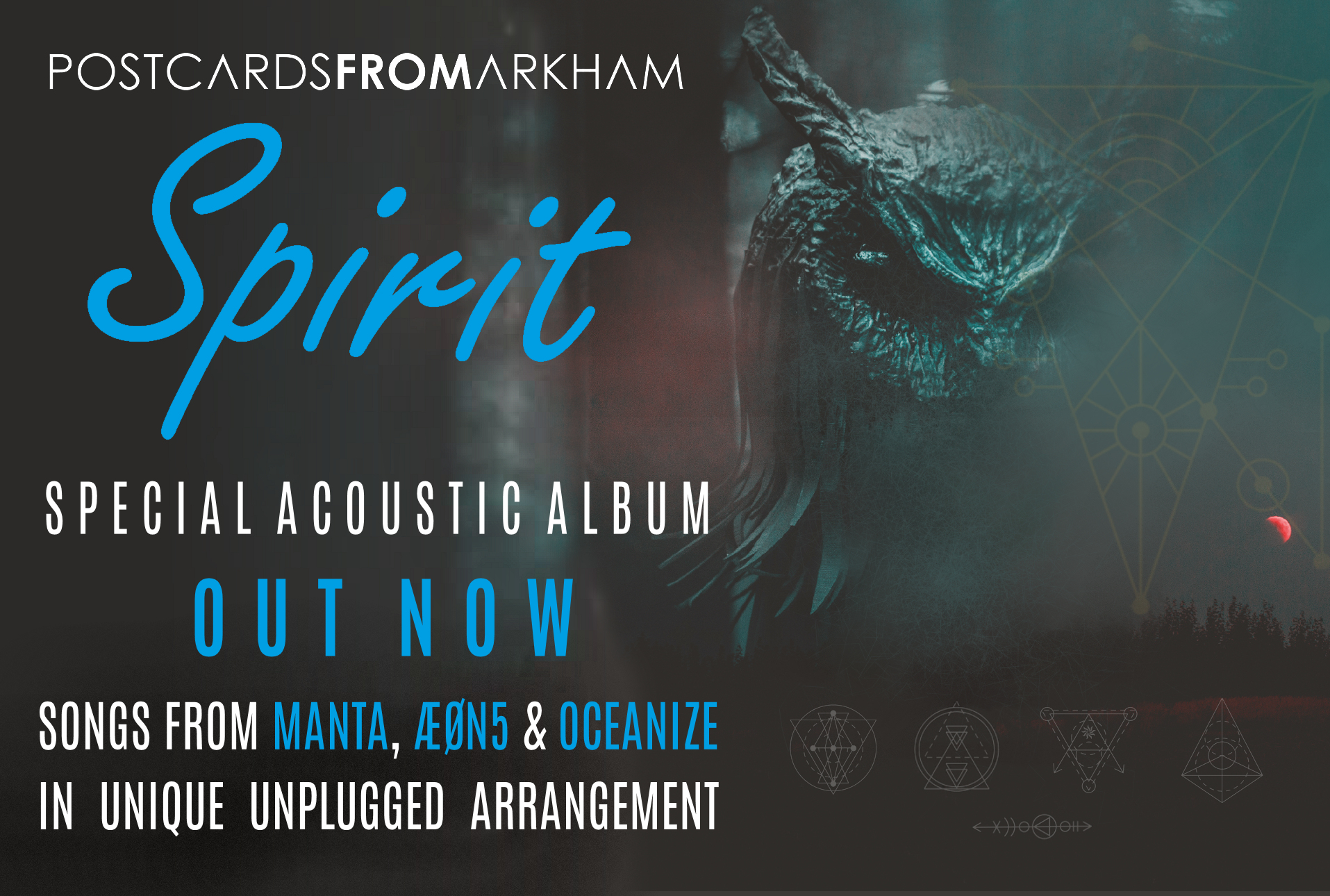 Marek “Frodys” Pytlik is back! It has been six months since the release of the “Dreadful Reflection” album of his hybrid metal act AWRIZIS and voila, this agile musician and composer brings forth another piece, this time by his Lovecraftian post-rock project POSTCARDS FROM ARKHAM and in a different form than we are accustomed to. Ladies and gentlemen, we are proud to introduce our first ever acoustic album. Please welcome “Spirit”! This brand-new release is a compilation of eight songs re-invented into an atmospheric-folk arrangement, with only one not appearing on any previous POSTCARDS FROM ARKHAM album. The album art features the enigmatic owl figure that first appeared in the “Owls Not What They Seem” music video and became a regular companion of the band since the Manta & Dissonance Tour. The new piece was recorded between March and August 2018, but the idea for an acoustic effort is far older.

“The main inspiration in this case were albums “The White” by AGALLOCH, “Damnation” by OPETH and “Dethroned and Uncrowned” by KATATONIA”, says Marek about “Spirit” and adds: “I always wanted to create a purely acoustic piece, carrying this idea in my head for about ten years, and now it has become a reality.” The fact that acoustic arrangements are particularly attractive for POSTCARDS FROM ARKHAM is attested by more than 20 unplugged shows, which the band performed during the special “Busking Ritual” tour, as well as outside of it (and it is worth noting that these acoustic shows are far from over). It was nonetheless on this unique tour – which combined busking performances in parks, streets and squares with evening acoustic shows in cafés, teahouses and bars – that the final decision to make such an album was reached.

“Spirit” is however not only an acoustic best of album, but also constitutes an important item in the discography of POSTCARDS FROM ARKHAM, as it bridges the last studio piece “Manta” and its upcoming successor that will take shape in 2019.

So that it is with all the trimmings, check out the previews of all the songs on "Spirit" in the album sampler: