Dear friends, as promised, today marks the release of the CD version of the latest (purely electronic) piece "In Situ" by the industrial metal mining consortium War For War in jewel case format! Order now on MetalGate e-shop! 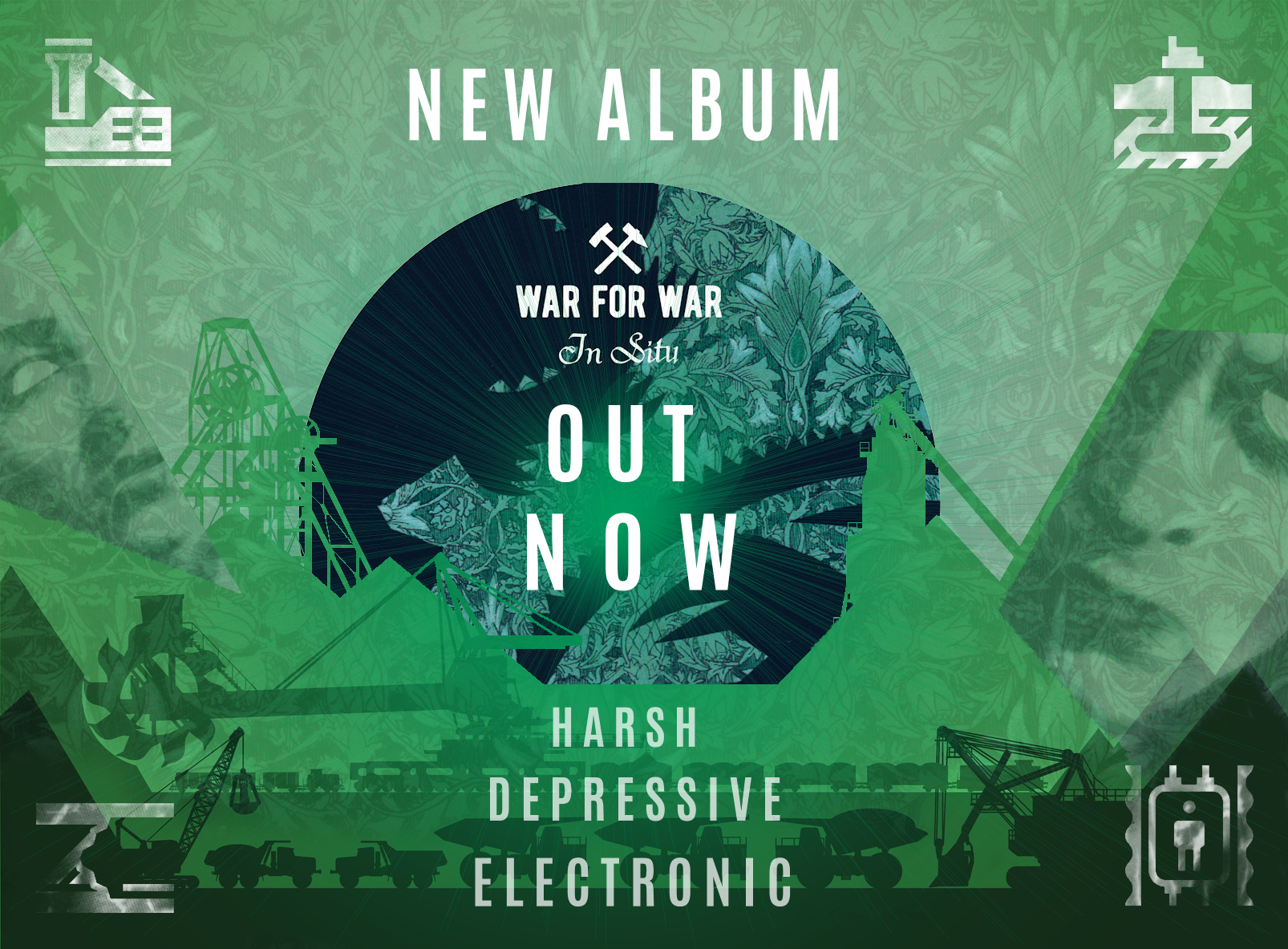 Aggressive aggrotech beats; harsh, synthetic sound; pessimistic vibe of arrangements and lyrics; pure electronics and almost no traces of metal. Since we are not afraid of music diversity, this is exactly how the latest album released under MetalGate looks like!

The “In Situ” (from Latin, meaning “in its (original) place”) is the latest addition to the discography of our industrial metal mining consortium WAR FOR WAR. That said, to speak of metal in this case would be somewhat “ex situ”. The band leader Lord Morbivod himself (known also from his black metal hordes STÍNY PLAMENŮ and TROLLECH) admitted to the idea of composing the latest WAR FOR WAR piece as an exclusively electronic one, which is exactly what he delivered in the end.

“In Situ” took shape in Morbivod’s home studio, including mixing and mastering. The album art is the outcome of the great talent of Lenka Machová (ex-ADOR DORATH), who joined WAR FOR WAR in 2016. Another interesting fact is that “In Situ” was initially intended only for a digital release, which came out in March 27, but due to popular demand, it is now getting a hard copy as well.

If the soundtrack of “In Situ” is a surprise, the lyrics are not, for as is customary for WAR FOR WAR, the baseline motif is the mining (and industrial in general) environment. On “In Situ” we shall thus witness mining disasters deep underground (“Ozbrojené stroje” and “Vůz Hořel”); visit a secret weapons factory masked as ordinary ore mining operation (“Svod”); if are lucky to get back on the surface, we shall gaze upon an unidentified industrial are at night and stand in awe against the edifice emerging from thick coal smog (“Pohlaslé mesto”), but should we glimpse the decrepit state of the operation, a nostalgic moment settles in (“Důlní díla”). There are however other themes as well, for example the use of arsenic trioxide as a potent and not long ago hardly detectable poison (not only for rodents, if you catch our meaning), or the concluding ode to the cold cathode display, a.k.a. digitron.

So, are you ready to venture into the dark recesses of industry? Yes? Onwards then! “In Situ” awaits”!