Dear friends and especially all fans of the Czech alternative metal, the wait is over. Today, the conceptual debut album "Uv'Derekh" of the post black/shoegaze act DÆRRWIN is officially released in a digipak format! Order now on MetalGate e-shop! 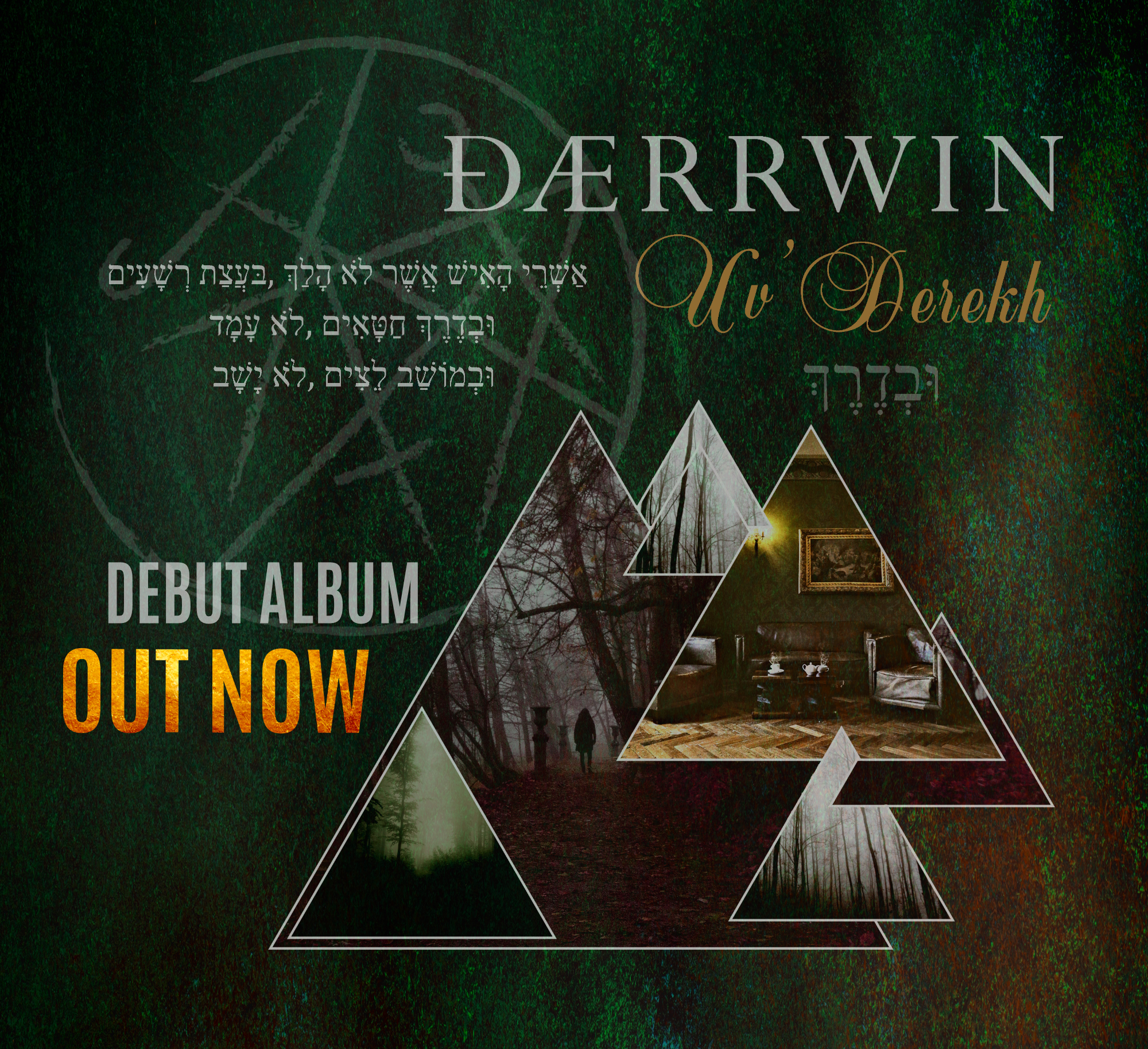 Dear fans of the Czech alternative metal scene, it is done! At the very dusk of the arctic February comes onto the world the debut of the post-black / shoegaze act DÆRRWIN. During the two years of their existence, this very agile outfit managed indeed a lot. Line-up consolidation, frequent live shows throughout the Czech Republic and abroad, and in between, hard work on compositions that manifested on this very first full-length. The proverbial dot behind the band’s infancy is thus penned. All welcome “Uv’Derekh”!

It is apt to note that the path from the birth of DÆRRWIN to their debut did not take particularly long and was well thought through. Recording the album was also undertaken with responsibility and professionalism. With maximum precision and leaving nothing to chance, the band made sure that the outcome is nothing less than a post-black jewel. The recording process itself began already in February 2017 with drum recording sessions in the Czech Woodland Studio. The second part took place from last fall till the end of the year in the SAD Studio with recordings of guitars, bass, samples and vocals. The final phase of mixing and mastering moved to the Berlin-based Aetherweight Studio, where it was overseen by Felix Tödtloff from the post-black act SUN WORSHIP. This studio is renowned for working with bands from the post/black/metal/ambient scenes (ULTHA, THE DELUGE, MOLDE or SUN WORSHIP to name a few).

DÆRRWIN however were not content just to polish the album sound to perfection. Noteworthy is also the lyrical background of the album. “Uv’Derekh” (loosely translated as “to go astray”) revolves around the motif of Man as the self-appointed ruler of Earth, and of him orchestrating its destruction. This open-ended dreary tale was handled by the nihilistic poet Petr Pádivý, resulting in a conceptual character of the whole album, which determined, song-wise, its book-like structure.