Dear friends, today we shall take a break from the happenings of music and divert to the sphere of literature, for another installment of our coverage pertaining to the upcoming second volume of the probe into the history of the Czech metal scene, i.e. of "Kniha kovu", is here.

The usual segment of the coverage is the entertainment column, so today we bring you snapshots from the signing of the publishing deal for the second installment between us and its author, who is, as we announced earlier, once again Václav Votruba. 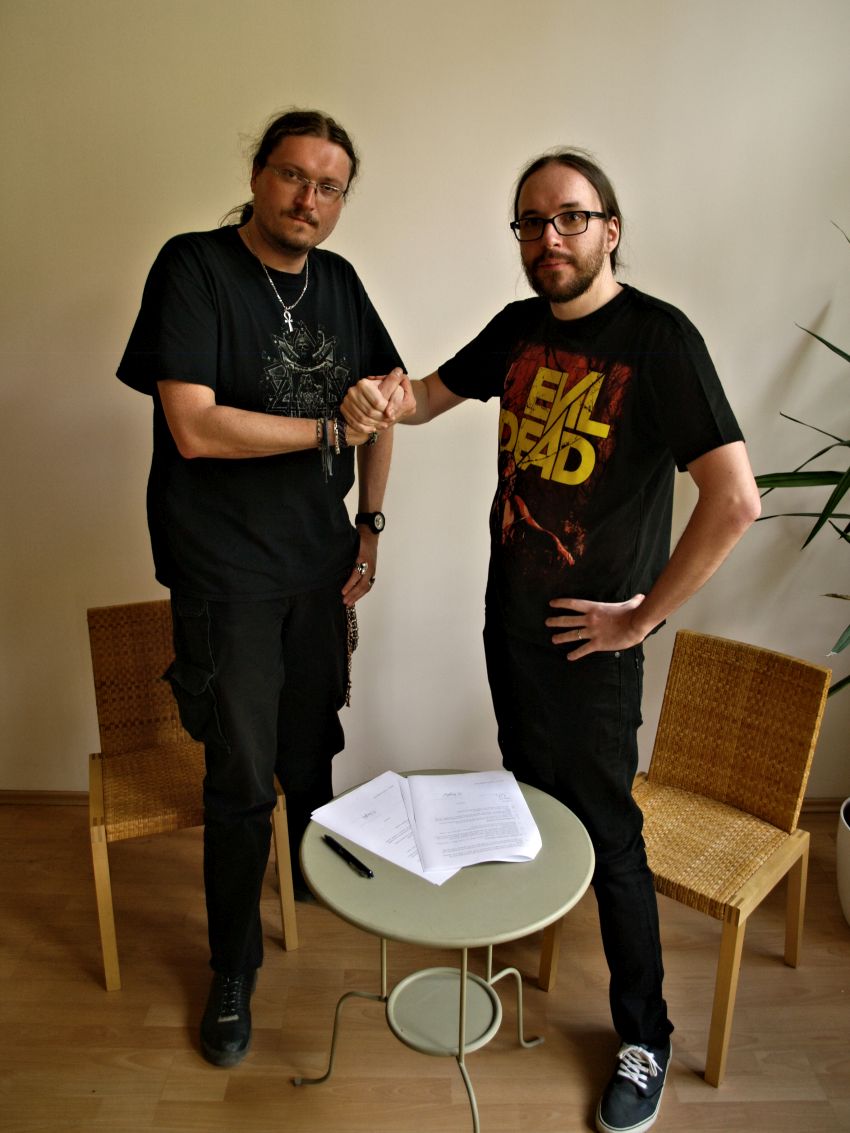 If you are familiar with the Czech metal scene, or watched our coverage of the first volume, you might recall who he is. If not, here is a little repeat. Vašek Votruba is a journalist, music publicist (also founder of the Metal Forever & Metal Man e-zine), as well as an active musician involved in three bands (After Rain, Dark Angels, The River Of Lost Souls). His activities are vast indeed, and he has not been idle even in the year following the release of vol.1 of "Kniha kovu".

Besides preparing vol.2, Vašek expanded his literary portfolio with another work of fiction entitled "Šumavský děs", which convey horror stories from the history of the region of Český Krumlov. Music-wise, he produced two more albums with his bands (the fifth full-length of Dark Angels "Venomous Embrace" and the debut of The River Of Lost Souls "The Midnight Album"), and started preparing his very first solo EP entitled "Miles". A Renaissance man indeed.

Check out the rest of the photos from the deal signing here.