Dear friends, the third studio album "MANTA" of the Czech Lovecraftian post-rock project Postcards From Arkham is out! It arrived from the press yesterday, which gives us the pleasant duty to announce its official release.

If you are heading to the Josefov fortress to attend Brutal Assault festival, be sure to drop by our merchstand, where this beatiful piece in digibook format will be available for purchase. Of course, you can also buy the album on MetalGate e-shop, wherein your orders shall be dispatched from Monday, August 14, that is, right after we return from BA. 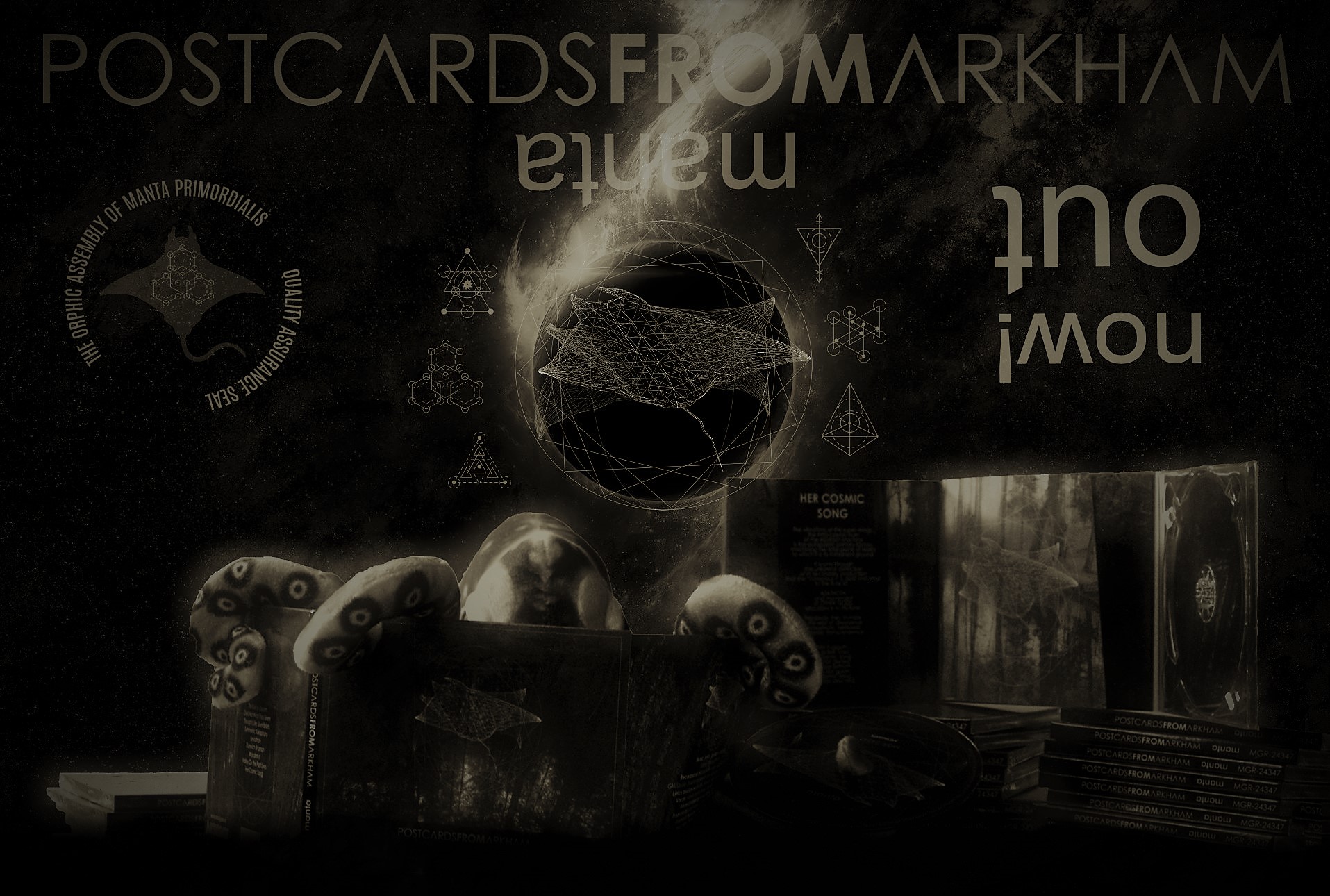 Howard Philips Lovecraft and his “weird fiction” is one those instances that show how whimsical fate can be. Neglected in life and delegated to the margins of pulp literature, today a literary icon, whose work serves as an inspiration to countless other artists across the cultural spectrum. The Czech scene is not an exception. Take POSTCARDS FROM ARKHAM for example, a post-rock project from Havířov that translates Lovecraft’s legacy into its music, and that is now releasing under MetalGate Records its already third studio album entitled “MANTA”. Those who are familiar with PFA, may be surprised that the new album is somewhat darker and rawer than its predecessors. It is so because the intent was to create a counterpoint to the previous piece “ÆØN5”, both music-wise and theme-wise. While “ÆØN5” built on Lovecraft’s so-called “dream cycle”, which are stories having as their common denominator phantasmal dreamscapes that make them in a way lighter and more colorful compared to the rest of his works, “MANTA” heads into the utterly nonhuman and unfathomable cosmic voids of Lovecraftian cosmology – that is, into vistas ruled by the Demonic Sultan Azathoth, Lord of All, and to which to gain entrance entails transgressing the boundaries of the angled space, which is to say to leave behind that which we perceive as reality. Hence the contrast.

Such ambitious concept determined an equally ambitious production. Recording took place in three different studios, and the guitar-based post-rock techniques were enhanced with a live string quartet, as well as with unusual acoustic instruments, such as djembe. Unlike the previous pieces that were dominated by spoken word, the current album includes traditional vocals that however alternate with purely instrumental compositions. The result thus showcases POSTCARDS FROM ARKHAM yet again in a slightly different light. No less ambitious are the subsequent plans, for shortly after the release of “MANTA”, PFA shall embark on their Busking Rituals – a tour that will take them between August 15 and 20 into various Czech cities, wherein they shall present both their new and old music in a purely acoustic setup, which certainly shall be something to behold.