Dear friends, today is the official release of the second, conceptual album "Visions" of the Czech squad Desire for Sorrow, which presents a cyberpunk story with a melodic black metal soundtrack! Order now on MetalGate-eshop! 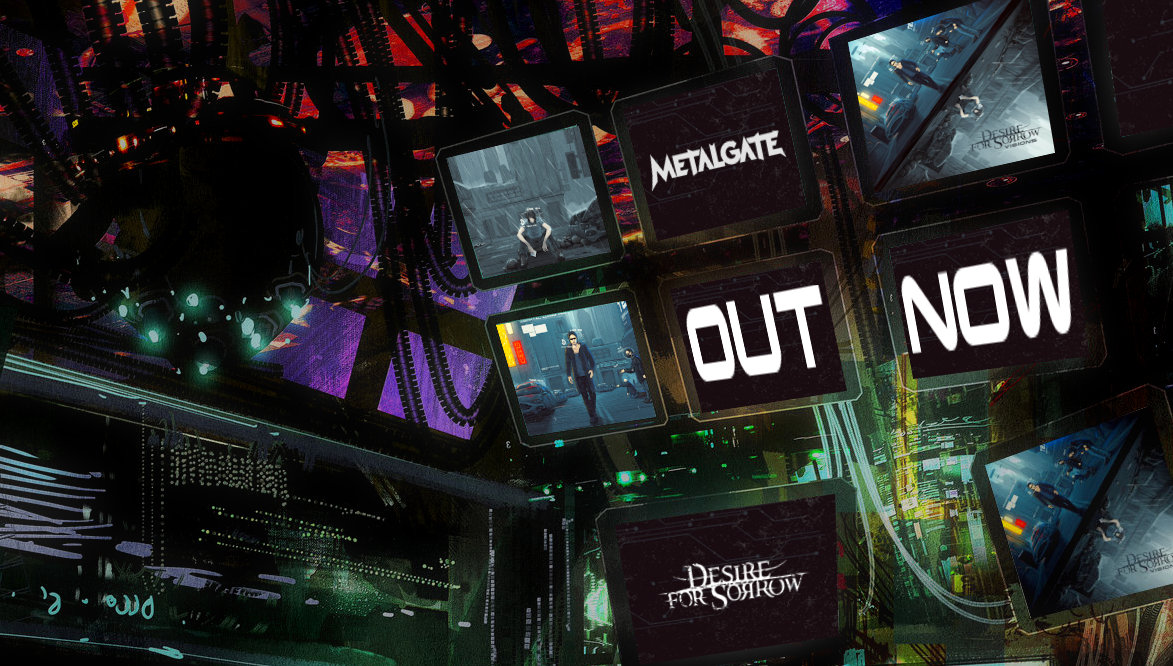 Have you ever wished to be immortal? And can you truly fathom what consequences it would have? Precisely a certain meditation of this subject presents the new album “Visions” of the Czech squad DESIRE FOR SORROW that is out now under MetalGate Records! The successor to the acclaimed debut “At Dawn of Abysmal Ruination” is a conceptual piece that at its core has a story concerning the human triumph over death and consequences thereof, set in a cyberpunk future and made manifest via a melodic black metal score, which gained in terms of symphony, yet, as evident from the “Army of the Dying” single, lost nothing in terms of rawness.

The topography of “Visions” consists of 11 tracks, two of which are instrumental, while the remaining nine tell the futuristic narrative. Their form was overseen by the Czech Sonidos Studio, where the album was recorded, as well as mixed and mastered. The cyberpunk album concept is reflected also in the visuals, created by the visual art studio All4Band.

DESIRE FOR SORROW are active on the Czech scene since 2009, having thus far released the “Angels of Revenge” demo (2010), the debut “At Dawn of Abysmal Ruination” (2013) and the EP “The Rotten Brood” (2016), which was released on a split album with the Czech psychedelics Awrizis. In 2014, DfS took part in the fifth installment of MetalGate Massacre band contest and won. A year later, the band undertook its first European tour.