It's a deal - prensenting the author of "Kniha kovu"!

Since we were on the subject of deal signing photos, let's have another batch. This one pertains to our premier endeavor in the area of literary publishing, that is, to "Kniha kovu"! And with it, we are presenting you its author.

The book was penned by Václav Votruba, who is well known on the local metal scene in České Budějovice. He has behind his belt a long career in music journalism, and he still works as a journalist in local news.

Vašek is also a musician, active in bands AFTER RAIN, DARK ANGEL, with which he released eight albums between 2007 and 2015, and most recently also in THE RIVER OF LOST SOULS.

His literary career is relatively new, though it already has its first score - the novel "Na pokraji", set in Hollywood in the last century. "Kniha kovu" shall thus be his second title, this time in the area of fact. 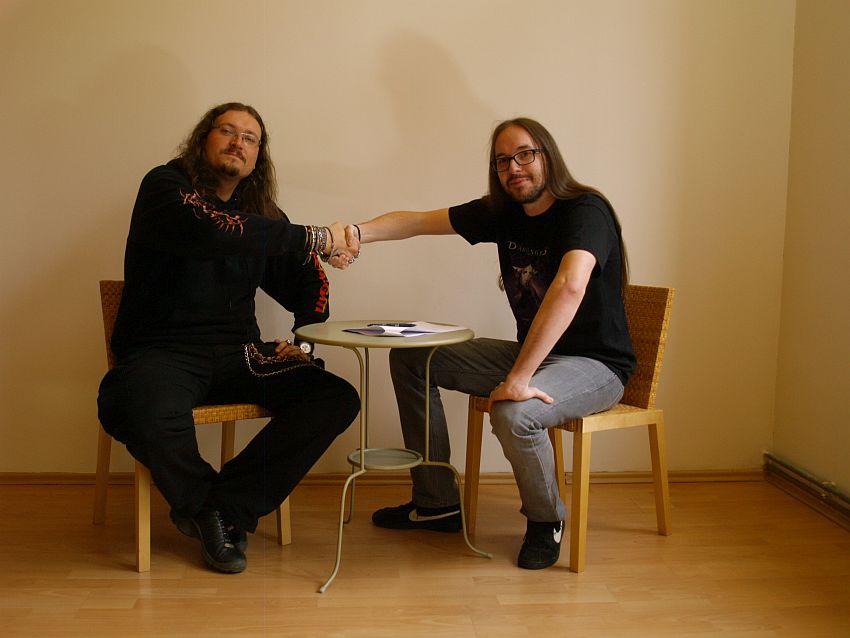 More photos from the deal signing can be found as usual on our FB page.