Dear friends, the next installment of our coverage pertaining to the upcoming new conceptual album "Cygnus Oddyssey" of the Prague-based dark progressive experimental metal project Demimonde is here!

Today we continue with the album art and as promised, here is a preview of the graphic novel, created by Adam "Eidy" Pelda according to the band's script. You like? 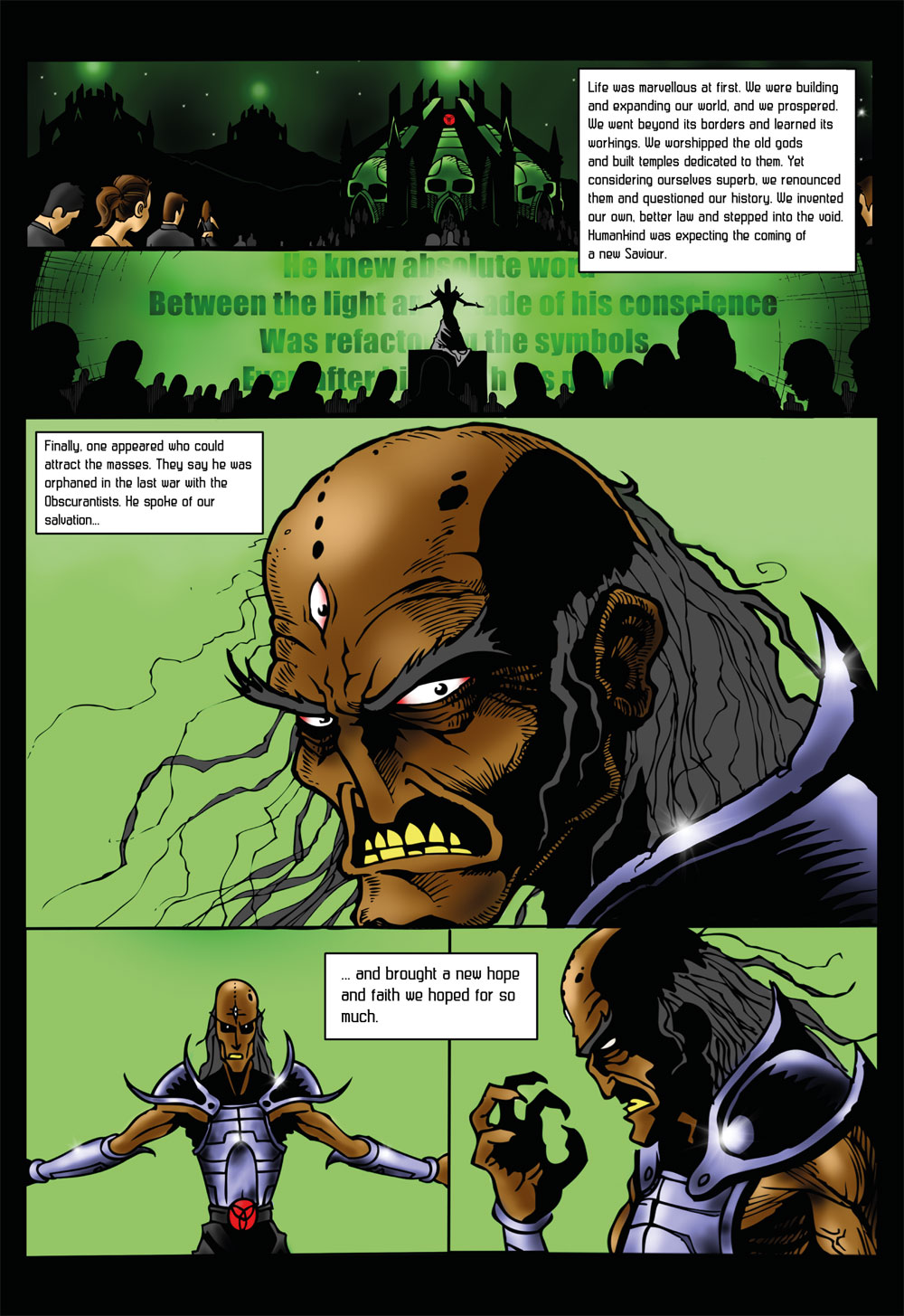 If you went through the current press release for "Cygnus Oddyssey" (available here), you may recall the statement that said novel is integral part of the album, which means that it is connected to the individual tracks. Each song has its own mark, and as you read through, you will come across precisely those, thus knowing which song corresponds to which part of the plot.

Together the novel and the tracks thereby tell the album's narrative that acts as a sequel to the previous album "Mutant Star" and narrates the journey of those who survived the destruction of their world towards the Cygnus system in hopes of finding a new homeworld and a new beginning. Simply put, a good old sci-fi.

The release of "Cygnus Oddyssey" fast approaches. It will be available exclusivelly already next week on the 21st installment of Brutal Assault festival, and since August 15, the distribution shall commence in full on MetalGate e-shop!