Dear friends, the long wait is over. The Moravian cyber metal pack LIVEEVIL hails with a new studio album entitled "Black Tracks" that shall be released by MetalGate Records at the beginning of March 2016!

Production-wise, the new album has significant added value and international involvement. Work on the album began in Prague in the Soundevice Studio of Boris Carloff, wherein the initial recording sessions took place. Afterwards the production moved to Finland, first to the Helsinki-based Nosturi, where the recording was finished, then to the SN-Audio Jyväskylä studio that took care of mixing, and finally to the Chartmakers Studios, where Mr. Svante, who mastered such iconic bands as Rammstein or Volbeat, did the final mastering. And on top of all that, the overall album production was overseen by Kärtsy Hatakka, vocalist and bass guitarist of Waltari, who is furthermore one of the album’s guest musicians. 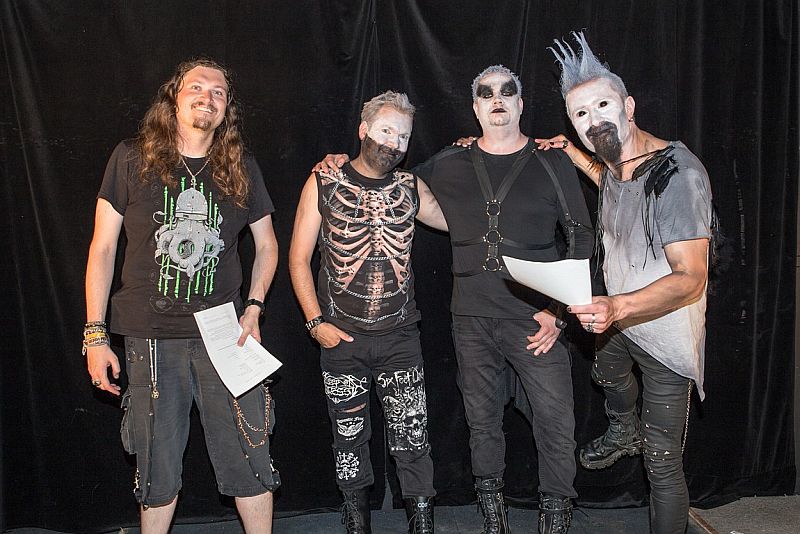 Today we thus kick off our usual coverage, during which we shall look closer at the genesis of this piece. For start, some paperwork is in order, that is, photos documenting the new album deal signing that can be found in this gallery.

Next time we shall go behind the scenes of the recording sessions.

You can also learn more about "Black Tracks" from the current press release available here.