Dear friends, gourmets and hedonists, today is the day, as the necroculinary opus of Tom Necrocock and Houbová Marie, their Extraordinary Cookbook, is published, offering a unique peek into the kitchen of this iconic Czech musician and his eternal muse! Order now on MetalGate e-shop!

With 208 pages in total, the piece showcases recipes for all four seasons, various culinary advice and observations, as well as recollections of gastronomic adventures from Necrocock’s countless travels. In other words… “Necro Cook: Podivuhodná kuchařka Toma Necrococka a Houbové Marie” will entertain even readers who are not very familiar with cooking. To quote Necrocock himself, “it will cheer you up with many remarkable heroic stories, great pictures, and passionate music!"

Yes, this culinary opus also has its very own music dimension, i.e. the EP "Tafelmusik (Das Vorgericht)" with three songs, which Maestro composed as a soundtrack for his Extraordinary Cookbook (whereby being an integral part of this release), but also as an entreé to his upcoming new full-length. 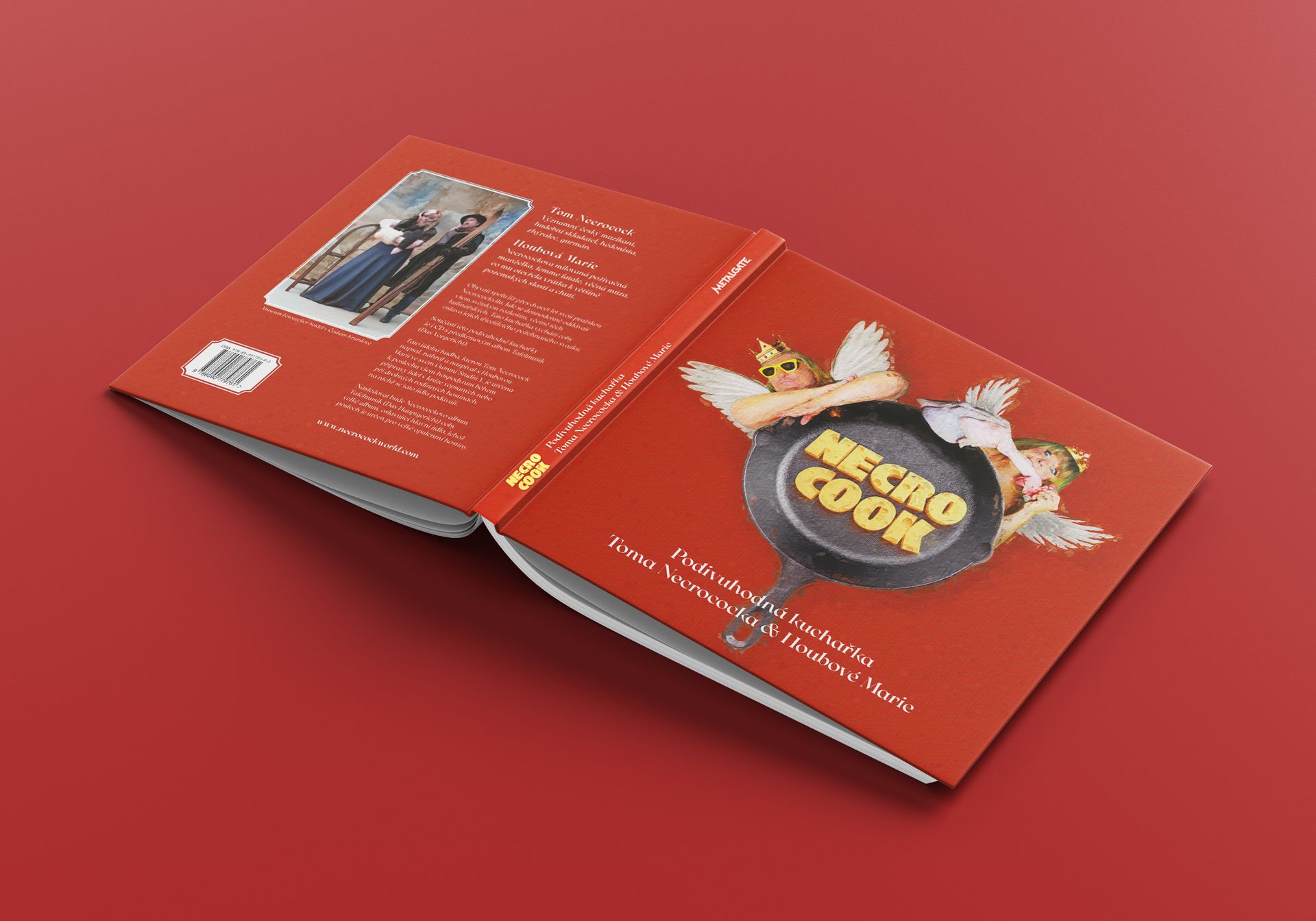 Necrocock and Houbová Marie opening door to their kitchen of wonders, releasing a unique cookbook

The legendary Czech musician, the one and only Tom Necrocock has prepared a completely original gift for his fans that will undoubtedly make this spring more enjoyable for them (and for anyone else for that matter), for it will be marked by original delicacies from the Maestro's workshop. The bible of metal gourmets and hedonists called Necro Cook: Podivuhodná kuchařka Toma Necrococka a Houbové Marie is here!

As the title suggests, Necrocock wrote this book with his wife. Their collaborative work will offer readers a unique glimpse into the life in Necrocokvilla, or more specifically, into their kitchen, where cooking is done with great passion and joy. “We are confident that this book will be well received in many households, not only by seasoned gourmets, but especially by the housewives-to-be and young brides to whom our cookbook is addressed, and we are confident it will provide them with much quality inspiration. We believe that our recipes will bring prosperity and domestic happiness into your homes,” say the authors.

Get ready for dozens of varied delicacies that are accompanied by different experiences, funny insights, or travel recollections. In other words… Necro Cook: Podivuhodná kuchařka Toma Necrococka a Houbové Marie will entertain even readers who are not very familiar with cooking. “It will cheer you up with many remarkable heroic stories, great pictures, and passionate music!” adds Necrocock.

It is the music that forms an important part of this extraordinary cookbook. Necrocock was so excited by the cooking that he, barely finishing his feasting, rushed to the studio to record the so-called dining music. “The result is this beautiful, opalescent record named Tafelmusik (Das Vorgericht). It is influenced by baroque music and enhances the enjoyment of the banquets during which our meals will be served,” emphasises Necrocock.

Tafelmusik (Das Vorgericht) can also be seen as a musical appetizer to the next full-length album which is in works as the restless musician confirms.

The artwork and layout of the book was taken care of by Radek “Onehalph” Doleží, who is known for his collaboration with the band Forgotten Silence. Necro Cook: Podivuhodná kuchařka Toma Necrococka a Houbové Marie is published by the Prague-based label MetalGate that two years ago also released Necrocock’s biography called Dělníci kovu I: Necrocock.