Dear friends, the big day for all fans of the Grandiose Magus Jiří "BigBoss" Valter has come, for today, the "Pentagrammaton" special collection, i.e. the complete reissue of all solo albums of the BigBoss Band project, is officially released as a 6DC boxed set with 64 pages booklet! Order now on MetalGate e-shop! 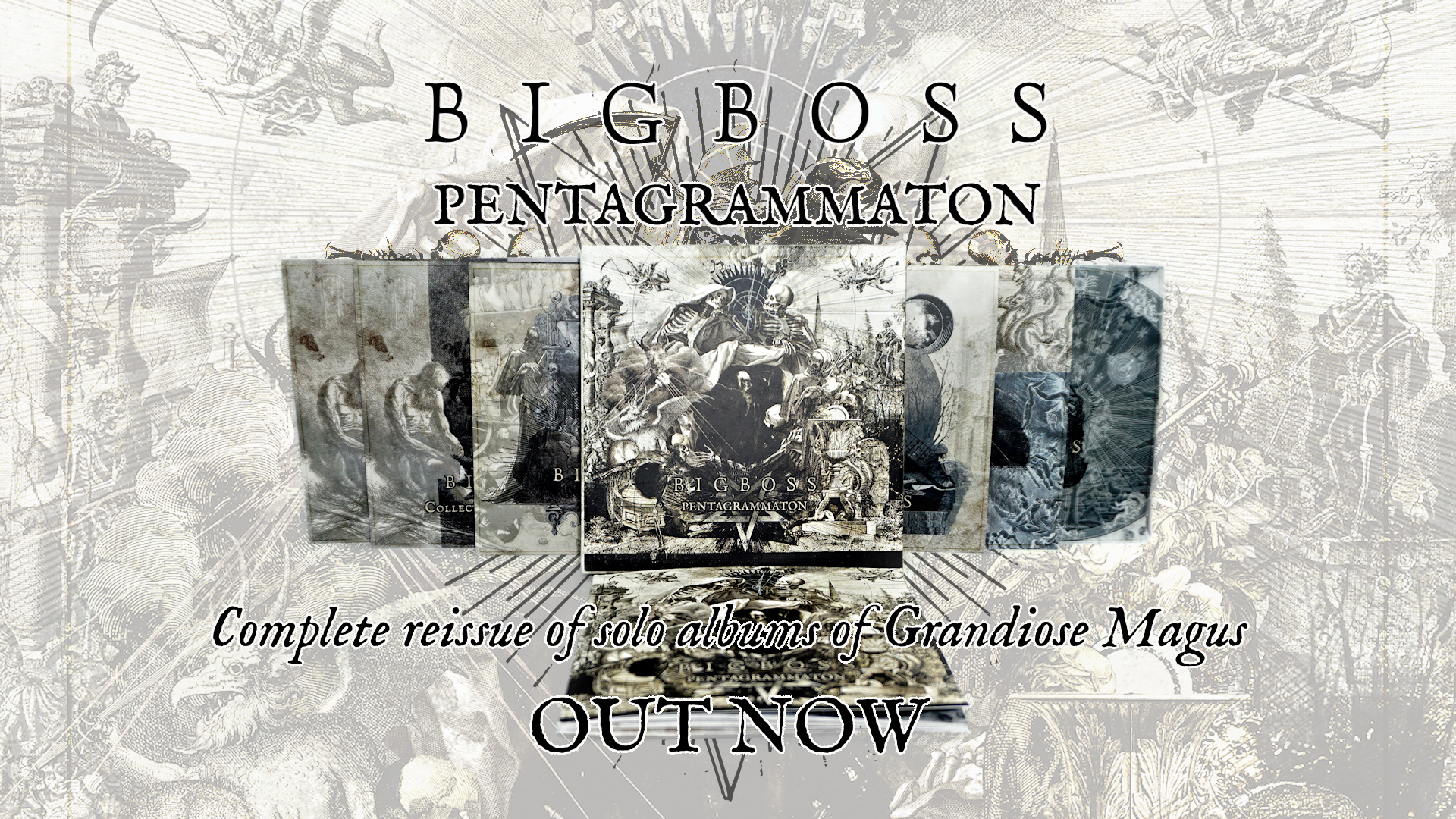 BigBoss celebrates 70th birthday! MetalGate is releasing for the occasion a boxed-set reissue of his solo albums entitled Pentagrammaton

Jiří BigBoss Valter is undisputedly a legend of the Czech metal scene. And though he gained recognition primarily as the frontman of the black metal act Root, he was also involved in various other music activities, including solo albums. These are now reissued by the Prague-based label MetalGate in a special collection entitled Pentagrammaton. It happens as part of the celebrations of the 70th birthday of BigBoss!

„Turning 70 is a distinguished life anniversary, which merits something special. To reissue the Maestro’s solo recordings in such a way seemed like an excellent idea to us, as some of the albums have been unavailable for a long time now, and there is a demand for those among fans. At the same time, it is certainly great to have it all under one roof so to speak, says Ondřej Šmejkal from MetalGate.

The collection is released in boxed-set format with slipcases containing the individual albums. There are five full-lengths in total on six discs (since Collection of Black Roses/Sbírka černých růží is a double album). All have their original sound, but brand-new artwork so that the whole collection has a unified look. Included is also a vast booklet with all the lyrics and album credits. The new artwork was made by Ondřej Šmejkal.

The solo albums of BigBoss feature this distinctive vocalist in a somewhat different light than how the fans may know him from Root. On these recordings, he is more contemplative, more melancholic, focusing more on ballads and emotions. That said, he was also able to unleash metal demons on his own, namely on the Belial’s Wind album from 1998, which makes experiencing the fruits of his solo career both diverse and exciting!

You will hear for yourself after all, for coming up are five music samples, one from each full-length, that we will start serving from next week onwards. So, stay tuned!