Dear friends, last week we unleased the anniversary 10th full-length "Altars of Ignorance" by the Czech death metal veterans Tortharry, with which the band celebrated impressive 30 years on the scene no less, and as it has been customary with our releases of late, we again sat down with Tortharry to talk precisely these current developments. So, welcome to the next installment of our "talks". Enjoy! 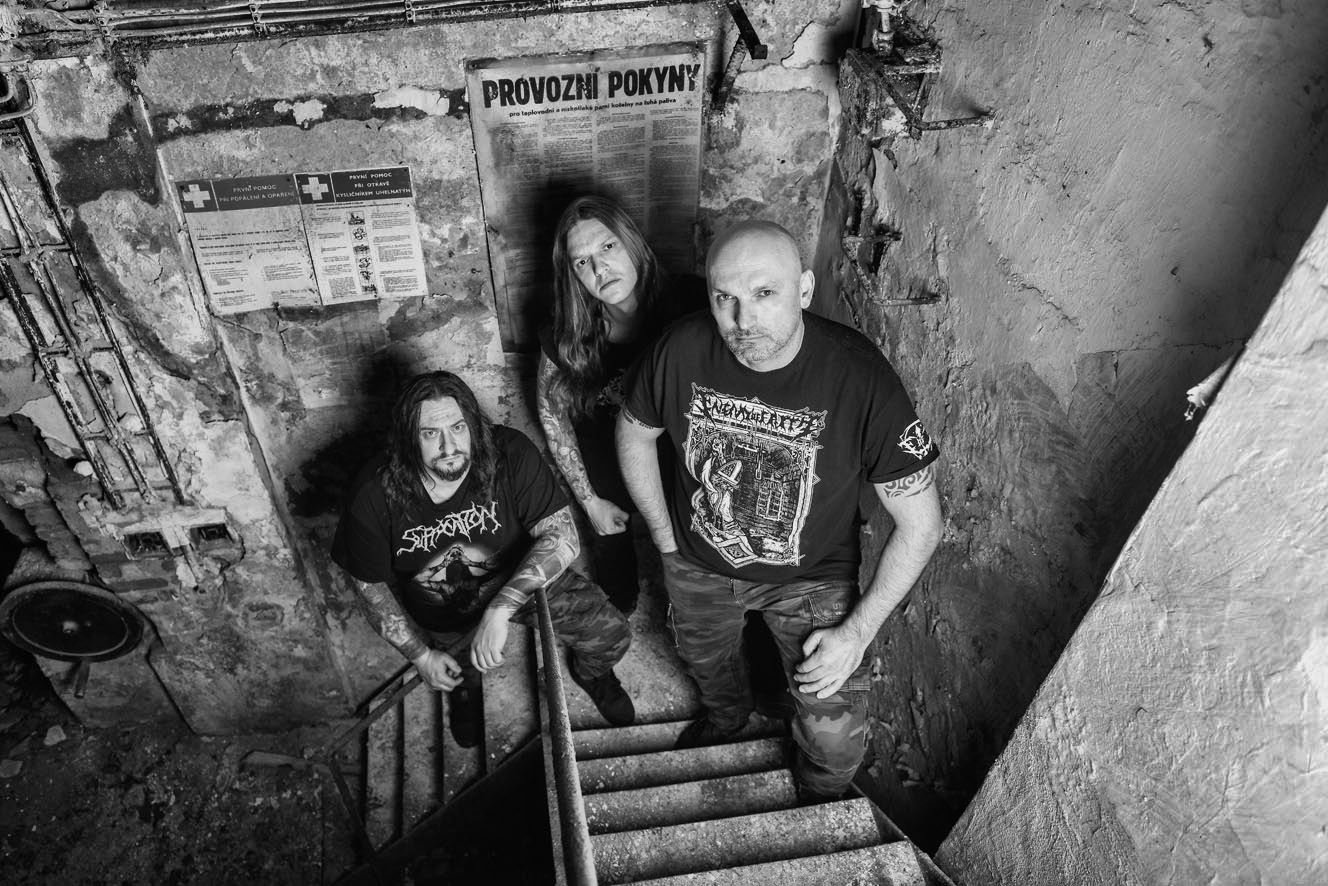 Tortharry: It suggested itself to celebrate 30 years on the scene with the 10th full-length. Altars of Ignorance is a milestone for us!

The Czech death metal veterans Tortharry have a new album: an uncompromising one, polished to perfection sound and production-wise, full of brutal riffs and devoid of guitar solos. Altars of Ignorance is a treat for all fans, who could not wish for a better gift for the band’s 30th birthday. We talked all this with the whole band, that is with bassist Martin Lemy Vacek, guitarist Dan Pavlík, drummer Jiří Panther Rosa and their manager Luboš Goro Gorgan.

30 years on the scene… Such a significant anniversary offers itself to all kinds of nostalgy and grand retrospect. You however went in the opposite way and gifted yourself a new album. Was this your intent from the beginning?

Goro: Yes, it was. Already three years ago, it was more less clear that in 2021 we want and must release another album. It suggested itself to celebrate 30 years on the scene with the 10th full-length. Nostalgy is not really our thing. And the last thing we want to do is consider our age and reminisce about our youth (smiles).

So, no retrospective compilation was on the table at all?

Goro: Not at all. But since you asked, I do admit there is something else in the works, which needs time and space. This year, we are focusing on the new album. We will have out fun playing it live, late this year it will get its vinyl version, and sometime next year, the fans can look forward to something big and unusual, for us at least. But for now, I would keep it under wraps.

Ok, so one last question on this subject… How about a live album you would surely deserve? No live rarities in your archive?

Goro: There are many rarities in our archive, but most are rated M (laughs). In all seriousness though, it is true that a live album is one of the things we have not managed to pull off so far. I would like to focus on it in the future and release something. But we shall see how it goes.

A 10th full-length is surely a milestone. Is it hard to keep coming up with new music, without the risk of plagiarizing your own past?

Dan: It is surely a milestone, and it is indeed very hard to keep composing new songs. I am not saying that the riffs on the new album are completely different than on all the previous ones, but in general the new piece will have a different feel for our fans. And I hope it will be a change for the better. On the other hand, I reckon that if someone is our fan and likes our music, he would not probably like us changing our songwriting style and the riffs we use. There are certainly some riffs in our discography that could stem from our past years, but that is something you cannot really avoid. To sum it up… I always try to make the new riffs different than the previous ones, but at the same time to keep it so that it is still us.

Why are there no guitar solos on the new album?

Dan: Since 2012, we play with only one guitar, and personally I do not like the situation when on a live show you have the lead guitar playing solo while the second guitar is missing. It creates a sort of empty spot. Initially we of course tried to figure out how to get pass it live, but since we do not play with metronome, it basically had no solution with only one guitar. Which is why solos kept getting less and less since 2013 (the Follow album) until they disappeared altogether. On top of that, I cannot really play solos, so there was no point in trying anymore on the new album (smiles). Altars of Ignorance is thus our first full-length where there is not a single solo tone.

How long did you prepare the new album?

Jirka: From when the songwriting began (the first rehearsal), it was completed in some two and a half months. Sometimes it is not a bad thing to be under pressure (smiles).

You used the production and sound engineering services of Dan Friml. How do you regard this cooperation?

Jirka: It was my third album I had the opportunity to record with Dan and I am really glad that even in our small country there is a man like him. Dan is an excellent sound engineer and producer, as well as a great guitarist and friend. He is the right man in the right place, who does not sleep on his laurels and is always learning and improving. And as Lemy says: “He has excellent ears.” With the first album that Tortharry recorded in The Barn, we did things our way. This time we asked Dan to produce it for us. It is not bad to have an extra pair of ears. 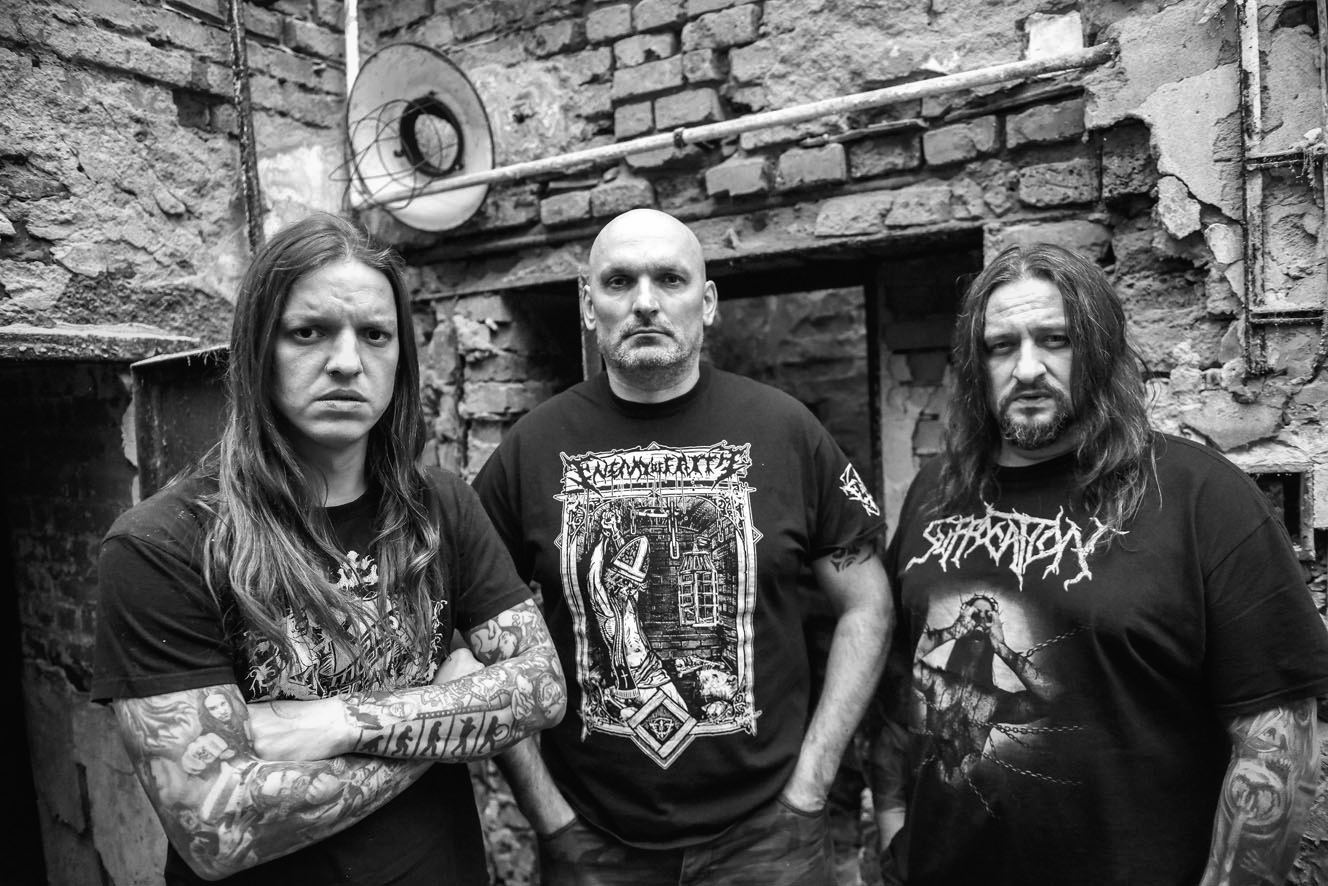 If I am not mistaken, you have been playing for 30 years nonstop, that is, without any significant hiatus or pause… What is your recipe for such a smooth functioning of a band?

Martin: A very simple one in case of Tortharry. It is not that we would not have to deal with many problems, misunderstandings, fights even, but all that is swept aside by the fact that we really like to make music. And I do not mean just the three of us musicians. I mean the whole Tortharry team.

Were there really bad moments, when perhaps even the end of Tortharry was on the horizon?

Dan: Of course. I think any band in the world has to go through something like that. Someone pulls through it, someone takes it as an opportunity to move forward, someone quits and the band either changes line-up or splits. Personally, I have had this feeling of the band ending three times, I think. On the other hand, I know that the band and life that goes with it, is everything to me, and that I will be in Tortharry to the very end.

Do you recall your first live show even after 30 years?

Martin: I recall it was on October 12, 1991, in Náchod in some hall (perhaps the Rubena cantina), where there were few people (smiles). Kryptor was the headliner that evening.

And when I ask about your most memorable live show experience, what comes to your mind?

Jirka: For me it was 2007. I was in Tortharry for only a few months then, and we flew to Brazil to tour with Gorgoroth and Belphegor… I was a metal virgin back then, so had no idea who these bands were (laughs). It was only after a while that I realized that my very first tour was the best and most luxurious one. I cannot also forget the 2012 tour with Sepultura and the subsequent release show of our Follow album, where we had Derrick Green as a guest and played a special show with him. While I cannot speak for the rest of the band, I do believe that the finest Tortharry score was the show with Death. Regretfully, I was only 11 years old back then (smiles).

You are involved with MetalGate Czech Death Fest that has a growing reputation. What are its future ambitions?

Goro: You can say that ambitions are on hold now. Already last time, in 2019 that is, we managed to sell out the festival, and that is something we would like to continue doing for many years to come. The venue has a limited capacity, but that is ok for us. We have no ambitions to grow in the number of visitors, rather to keep them in their set numbers. We also want to keep the family atmosphere of our festival, precisely for those visitors, who, like us, are getting older and are growing tired of huge festivals, where you have loads of great music, but less and less amenity. We also have some musical dreams that we would like to see realized, so there is certainly room for improvement.