Dear friends, the black feast may commence! For today marks the release of the Czech editions of the first two volumes of the pilgrimage into the black metal netherworld by the English writer and journalist Dayal Patterson, in B5 and A5 paperback formats. Order now on MetalGate e-shop! 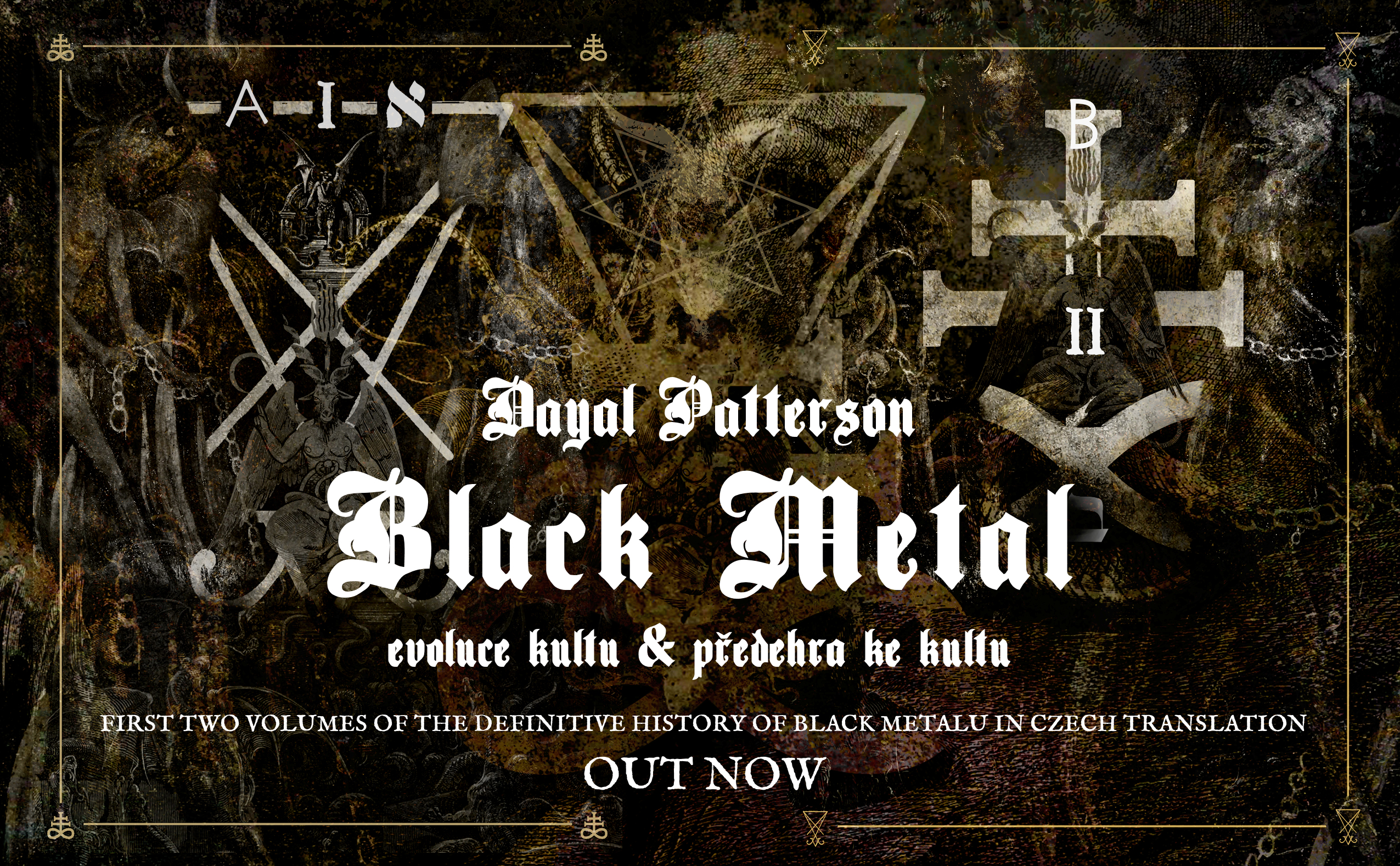 Authored by Dayal Patterson, the first book offers over 400 pags of a striking history of one of the most controversial of metal sub-genres. The first act of a four-volume-long saga is now published for the first time in Czech translation thanks to MetalGate Records, which thus continues to enrich the local scene with metal-related literature. In addition, complementing the former is the latter book by the same author that contains interviews with black metal artists.

Black Metal: Evoluce kultu maps the genre thoroughly indeed, with much attention given to iconic names as Venom, Mercyful Fate, Bathory, Celtic Frost, Master’s Hammer, Mayhem, Darkthrone or Emperor. At the same time, the author avoids neither the more mainstream branch of black metal represented by Cradle of Filth or Dimmu Borgir, nor the deep underground, gradually reaching the contemporary acts. The book is however not just a probe into the past of the aforementioned bands. It approaches the genre in a complex manner, not omitting various happenings of the time, as well as various points of interest. Included are also rare photos or samples from the print media of the time.

As noted, Black Metal: Předehra ke kultu revolves around band interviews. “The Prelude further elaborates on what had to be considered only episodically in the first volume, while it simultaneously evokes the medium of an underground fanzine, which inherently belongs to the black metal subculture, in particular to its beginnings. It thus stands both as a standalone work and as an integral part of its predecessor,” says Ondřej Šmejkal from MetalGate Records.

The Czech editions of both books come out in a new layout by Tomáš František Hanzl, as well as with new covers by Ondřej Šmejkal, who furthermore translated Předehra ke kultu. Evoluce kultu was translated by Michal Smolka.

Published in cooperation with Cult Never Dies and Feral House.