Dear friends, welcome to the next installment of our "talks", the protagonist of which is understandably the Czech post-metal/doom quintet The Corona Lantern and their recently released macabre opus "Certa Omnibus Hora". Regarding other topics, we also talked the musical evolution the band went through (if only given the time separating this piece from its predecessor "Consuming the Tempest"), or the position of this very distinct genre on the scene. Enjoy! 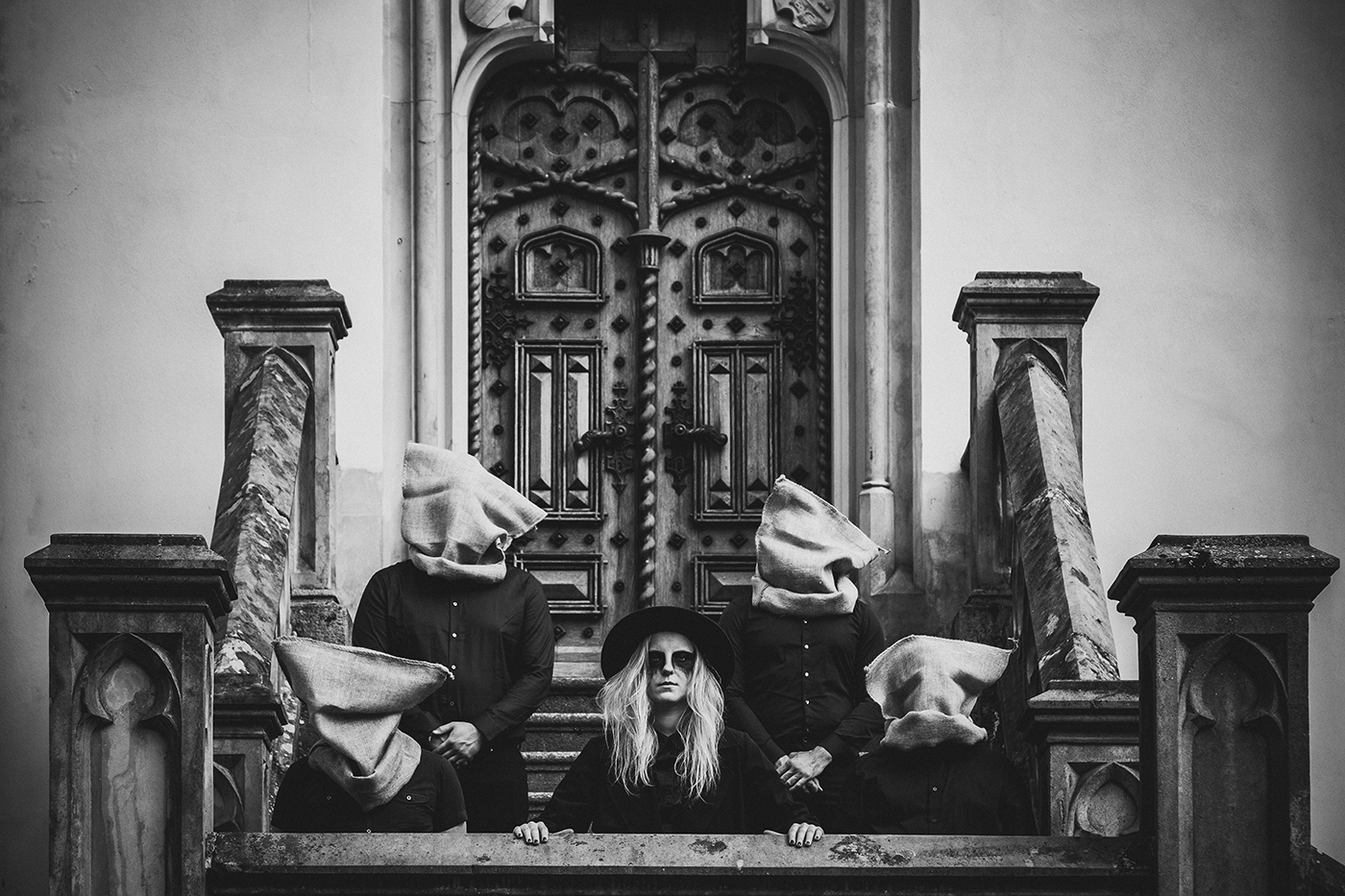 The Corona Lantern: We had the need to make a step towards inartificiality. The sound of the new album rests on a more authentic expression

The Corona Lantern let their fans to work up an appetite… It took five years for a new full-length album to arrive, but it was worth the wait, as Certa Omnibus Hora, released in late November by MetalGate Records, showcases the band in a splendid form. We talked about this impressive new release with the band vocalist Daniela “Dahlien” Neumanová.

The first thing that comes to mind, when listening to Certa Omnibus Hora as a fan, is that you underwent a distinct stylistic shift. The album is more diverse, less tied to a particular genre… How so?

Well, it simply happened from the circumstances. Between our debut and the new full-length is five years and it would be counterproductive to stand still and not progress anywhere. During that time, not only our perception of music changed, but also our lives took different directions. Too much water passed under the bridge for us to wallow in a stagnant pool. A move forward is the defining force. We also learned the lessons from our debut, in case of which we were in part criticized for sticking too much to the genre and not looking more over the corner so to speak. So, this time we left it to the current that was at the time of songwriting flowing through our minds and fingers.

Do you think you can now address a wider base of listeners? Was opening yourself more to potential fans one of your goals?

I already heard this thought several times, so there may be some credence to it, but it was not something we intended from the get-go. It is rather a natural reflection of our own wider scope in the music we listen to. Furthermore, Corona has been active for some time, so what we compose is more relaxed now and the initial spasticity is gone. We shall see what it will bring us in the end, as we are still at the beginning when it comes to promoting the new album and related matters. In the future we would like to present our potential fans another music video, this time probably for the more contrasting Hours Between Heartbeats song. Such a single could then reach a slightly different audience and show that it is easier for us to wade through more varied moods and offer a broader understanding of our music

And what about when you compare the lyrics of both albums? Did you evolve as their author as well?

No doubt. Although it is still not that easy for me to write good lyrics, since only little passes my own high standards that demand a lot of concentration and maturation. I must completely tune in to the atmosphere of a given song, for only then I am better able to capture the essence of what I want to convey. When choosing the words, I am even more strict to myself, as I want to progress, to expand my abilities and means. It seems to me that in this instance there are even less phrases that fit than in case of my other band Dilligence, which is I guess primarily because this is a far more emotive music, which can thus be described only through a limited number of ways. The contents of the lyrics for this album are thereby darker, more uncompromising, often harsher, but at the same time you can find there a deeper overlap. They are also generally more poetic.

I was intrigued by your playfulness with the song titles that make up a short poem… Do you like working with such hypotextuality?

This little piece of fun was the idea of our band leader Igor. I was then tasked with the more difficult part of putting it all together in some way. And I have to admit, it was not easy at all. I struggled with it for a long time and did not believe we could make it so that it does not look silly. Writing a short poem and then cutting it to several parts is one thing, another is making sure that the titles can stand on their own and that their meaning are hidden even in the lyrics themselves. This is our first take on something like this and I cannot rule out that on the next album we will try to improve it, to make it all tied together, to create a far more impressive piece.

The mood in the society at large is not very much cheerful this year. Did you reflect on this when writing Certa Omnibus Hora?

I would say that this whole situation certainly found its way into the music of the songs, as it is fairly impossible to avoid something like that when writing. At the same time, it was rather inconspicuous, under the surface. We did not work with it intentionally, rather, as I said earlier, we let the moods flow and used what seemed appropriate at the given moment. Lyrics-wise, it is probably more discernable there. In fact, the outline of one song was written exactly during the first days of the quarantine, when I was sitting on a balcony and the weight of the moment, the isolation and solitude were felt far more than in days prior. The song in question is Hours Between Heartbeats, the lyrics of which, along with a minimalist structure and acute vocals, describe the situation perfectly. 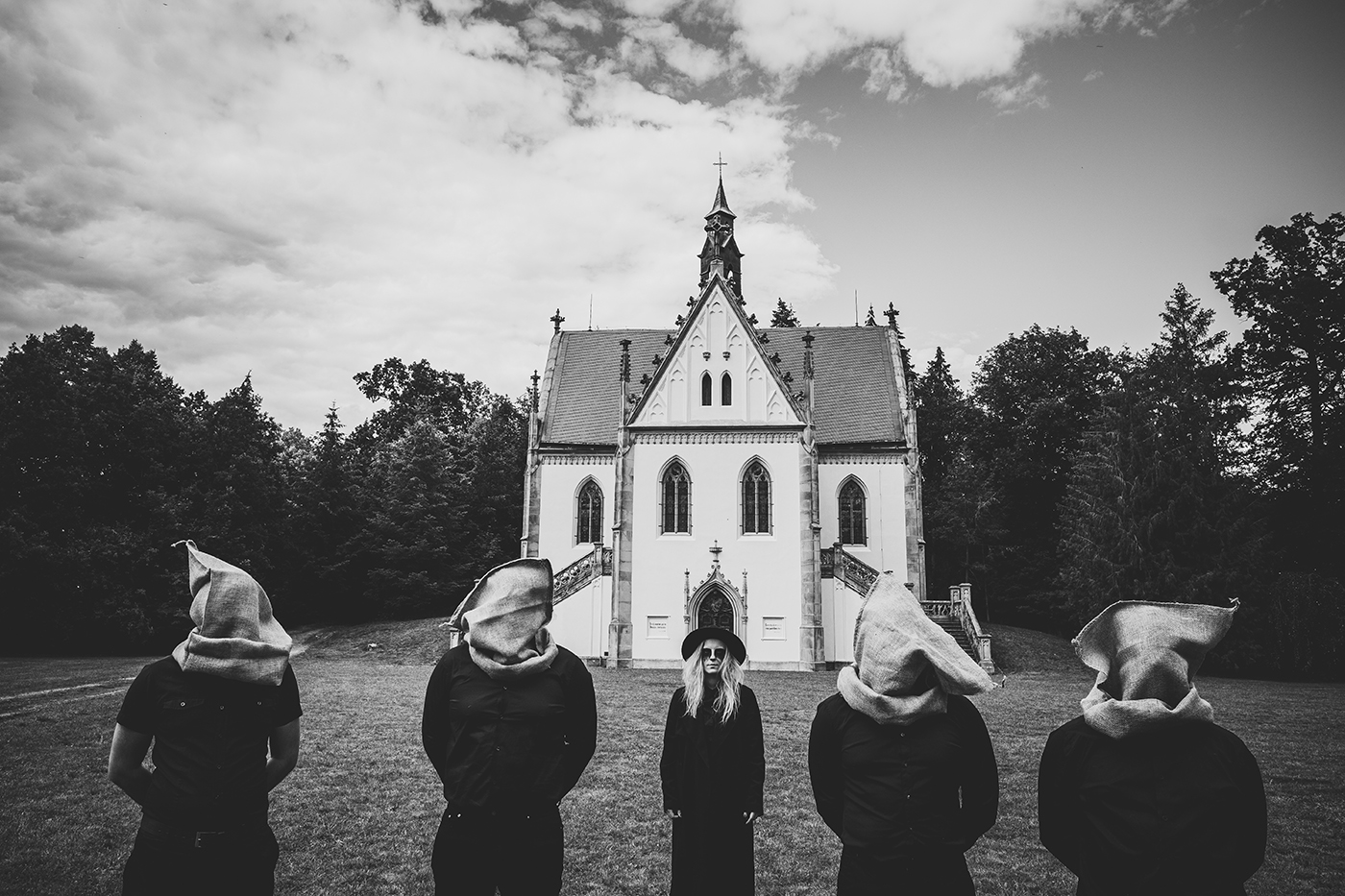 You debut Consuming the Tempest was highly acclaimed by the fans of the genre. How do you perceive it today?

It is clear that today we would approach the debut somewhat differently, but the magic is in that you always try to do the best in a given moment. Even the instruments you have on hand change over time, improve. Collectively, we are thus for sure satisfied with Consuming the Tempest even now. Back then we established the basis, on which we can now build and maybe even dare to embellish it rather differently. We got used to writing more emotional pieces, and the expression gets better the more you compose. Last but not least, there is a difference in sound, as the current one rests on more authenticity, though cloaked in greater robustness. It is again a step towards inartificiality that we had the need to make over time.

The doom metal music has it rather hard when it comes to live shows. Do you prefer playing on festivals, where people mostly expect a lively music?

Personally, I try to approach each show the same way. Maybe Corona has a bit of an advantage in this regard, as we do not engage with the audience while on stage, we stick to a given framework and it suits us that a certain aura of mystery engulfs us for those tens of minutes. At the same time, it is difficult to get the right atmosphere going in a situation when things are expected to be fast-paced all the time and most of the audience is not really curious about hearing funeral tones in the afternoon, unless of course it is a genre-specific festival. Of course, there is also the point that a night-time scenery fits us better, but that is not always possible, especially in a festival setting, wherein the evening slots are reserved for bigger acts. If, however, we can get a dark stage, surrounding ourselves with fog with only a strobe flash every now and then, the senses get dulled allowing for a greater concentration and experience that naturally amplify the whole performance. Such gigs are then the most successful ones.

In any case, you are not overtly active in terms of live shows. I realize that now it is difficult to say, but do you think the new album will change your approach to playing live?

Well, we certainly would like to support the new album with higher number of shows than what is customary for us. What the reality will be is perhaps truly in the stars. That said, a new album stays new only for a certain limited time, so we are trying nonetheless, as circumstance allow, to fill up our calendar. So far, we are on four gigs. Also, our enthusiasm to present the new material live is understandably great and motivating in itself, so I believe that the album release will send some more gigs our way and that they will happen.

While there were many doom metal bands in Czech Republic in the 90s, with iconic albums being made, today it is a genre on the very fringe of interest. Recently though it seems to me that things may be getting little better. How do you see it?

When it comes to the 90s, I do not really feel competent to say, since I was born in ’89, so I missed all this stuff. The way I see it is that our genre is still very much a marginal thing, with only few people actively listening to this kind of music and only a few gigs that would base their dramaturgy in this direction. Perhaps you are right that things are improving, however it will alas never be on the same level as other more popular genres that are more palatable. These days, no one has the time and motivation to dive into time-consuming songs that can last up to ten minutes for example. The things are what they are. Not to mention that such songs are oftentimes emotionally harrowing and as the world gets faster, people want to be first and foremost entertained. They do not want to philosophically ponder the world, to analyze the song structure and to seek out its narrative, or to dissect their own emotions. We are thus grateful for any support we get from the scene.