The Six Degrees Of Separation talks

Dear friends, next installment in our "talks" series has arrived, with the distinct Czech metal veterans Six Degrees Of Separation being this time the ones we sat down to chat with so to speak. Naturally, we talked first and foremost about the new album "Old Dogs", though other subjects included some past reminiscences, or the fact that there can be no compromise when it comes to meats. Enjoy! 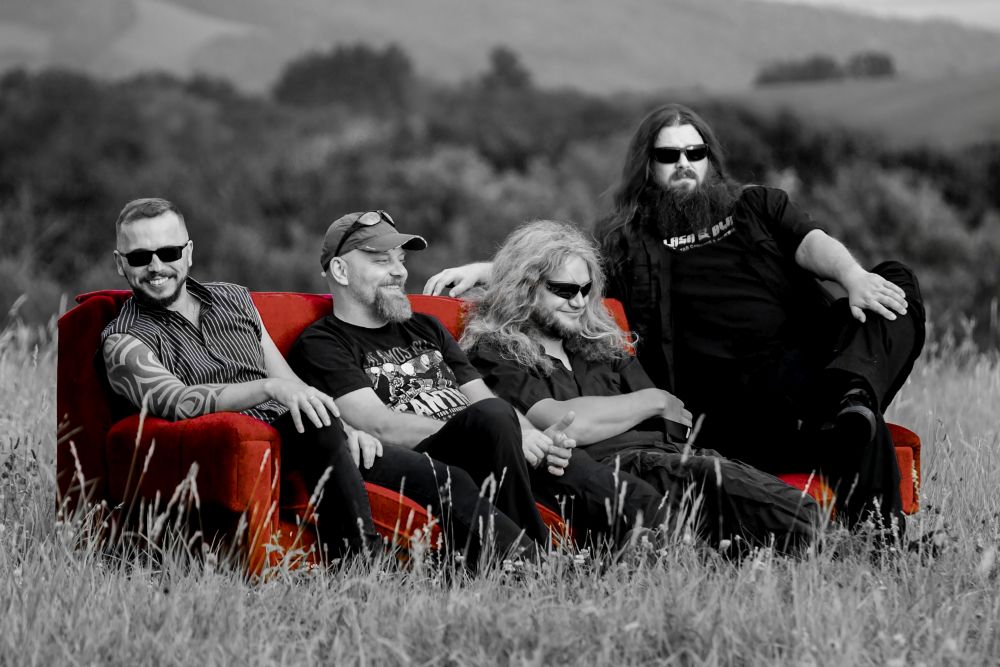 Six Degrees Of Separation: There is no need to bite at all costs, sometimes gnarling is enough

Six Degrees Of Separation are undoubtedly one of the most distinct bands of the local metal scene. Their signature is pronounced and present again on their latest full-length Old Dogs. We discussed this latest piece that was recently released by MetalGate Records, as well as other things regarding Six Degrees Of Separation with the band’s vocalist and bassist Doctor, not missing out on the well-known band’s humor.

Do you really feel like “old dogs”? Or is there some other meaning to the album title?

We are by far no longer twenty, but then again, we are not that old yet. It was our drummer Pickard, who came up with the album title, as well as with all the lyrics, and while me and Canni like it immediately, Vlasa resisted a bit, saying that he is no old dog. Which is not true as he is the greyest of us all. To make sense of the idea behind the album, allow me to quote Pickard: “The original idea was to be a sort of revision of what was, attempted understanding of what is, and perhaps a bit of outlook as to what will be. The subconscious however did a completely inconspicuous palace coup, so while revising the lyrics for the album layout, I realized that while the original concept remained generally speaking valid, help became the main motif of the album. Be that the ability and the willingness to help; or the dilemma when the request for help is perceived as a weakness; or the inability to admit to oneself that one needs help; as well as help that is unwanted or forced. And so on. Maybe this is the very outlook to the future. The old dogs are dreading the moment when they are no longer able to bite off the meat from the bone without outside help. But what do I know? Someone may find something else in it entirely. It may as well be about the pirates of the Caribbean.”

You have been active on the scene for almost a quarter of a century now, which is a respectable achievement. What is your recipe for the longevity of a metal band? What sort of storms are there to push through?

The recipe is actually simple: like what you are doing, do not take yourself too seriously and keep your ego in check. Then you can overcome anything. Storms come and go of course, as we are only humans. Everyone fights his own inner fight, and may not have his day every time, but the music has the magical ability to let one forget his ailments at least for a while. It can connect people.

You have managed to keep the same line-up for many years. Were you not worried that your guitarists playing also in Hypnos will disrupt your band’s equilibrium?

I was and was not. When the guys joined Hypnos, it was one of those stormy times in our case (a rain shower really), whereby the future was uncertain and both had the urgent need to play, which Hypnos gave them in great amount. In the end however, we concluded that such an engagement can actually be beneficial for us, as the guys get to experience how things work in the higher league, which we can than build on. Of course, it is a matter of a compromise, as it is thus necessary to coordinate rehearsals and live shows, but it is nothing overtly dramatic and unsolvable. By the way, this line-up has been around for some 16 years now.

In the press release you said that you tried something new in order to return to your old shoes. Can you be more specific with regards to these experiments in your music?

Certainly. When recording the new album, we tried primarily some new rums. They were not bad, but we ultimately agreed that the local Božkov brand remains unchallenged. When it comes to meats, we stick to the proven local suppliers.

Your band has doom metal roots. And I assume that it is not the case of you returning this far back. What is however your stance as a fan? Do you still listen to some doom albums or it no longer has any appeal?

I grew up listening to albums from the 90s, so a big influenced on me were the then albums of Anathema, Paradise Lost, Moonspell, Type O Negative, Tiamat, The Gathering, Amorphis, Cradle of Filth or Samael, which were all laced with doom metal one way or another. And I keep returning to them regularly, since they are the cornerstones of my musical education. My relationship to most of these bands underwent some changes over time, so not all of their later music spoke to me, with Anathema being the exception. I like it in all its shapes and forms, I saw it live many times, and I never miss it when it plays here. 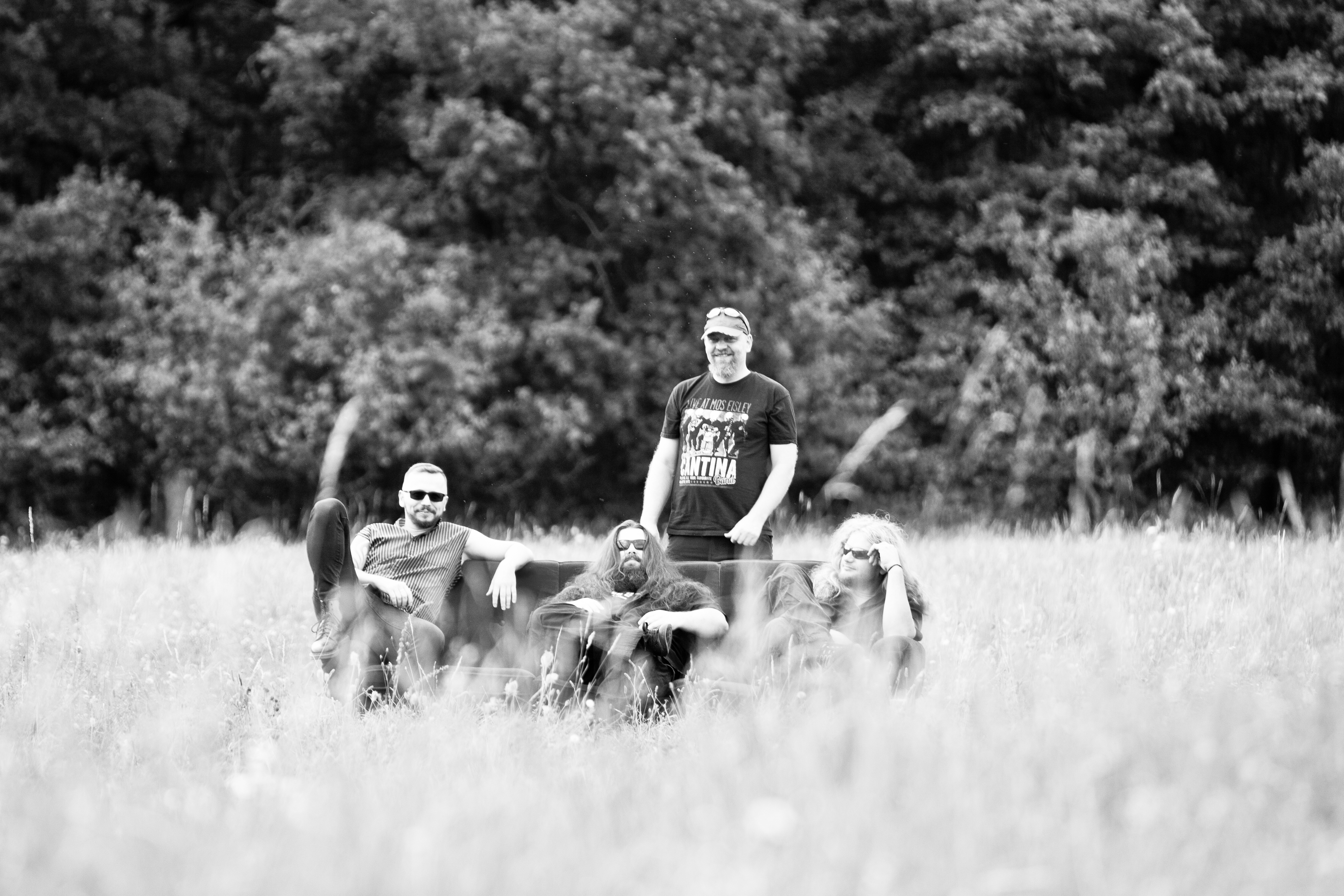 It seems to me that in recent years you are not that much active in terms of live shows. Will it change with the new album, if the situation with covid-19 allows it of course?

It is true that in the last couple of years, we have played live only a little. Personally, I think we can play merely two or three shows per year, if these are worth it. In the past, we are active a lot in this regard and played wherever possible (which has its charm as well), but there was always a price, a detriment to something else. And when you look at it from the perspective of an older guy (an old dog), you see and understand things differently, meaning you want to enjoy other aspects of life as well, whatever they may be.

Did this pandemic have an impact on the creation of the album and the way your band functions?

We were a bit worried if it were at all possible to record the second half of the album (the first one was done already in 2019). We had the studio booked for July, but things were still looking bleak in April and May. For example, Hypnos had to postpone the recording of their new album for couple of months no less due to the lockdown. We had no shows planned for the first half of the year because of the recording and the need to work in our rehearsal room, so in this way it did not impact us. It is clear however that covid screwed the plans of all the artists (or rather simply everyone) who were gearing up for the summer festival season.

Your second full-length Triotus, Tricephalus and Tribadism is considered your groundbreaking album. How do you feel about it now, 15 years after its release?

I am grateful for that album. A lot. It made a name for us, helped us get attention, even abroad. We are currently working on a new band website, which brought me to read some reviews from back then and I must say that it is an interesting, pleasant, and illuminating read. Nobody apparently expected much from us then, and it seems we managed to record a not-too-shabby collection of songs that got a fairly good acclaim.

Even old dogs have a strong bite… What teeth do Six Degrees Of Separation have in 2020?

We keep devouring metal, so much so the bloody bits fly off. It is not without scars every now and then, but you know how it is with new tricks. And we also know today that there is no need to bite at all costs, sometimes gnarling is enough, or wagging.