The Arch Of Hell talks

Dear friends, another installment of our "talks" is here, and its subject cannot be anything else than the last week released new full-length "Arrival" by the melodic metal outfit Arch Of Hell! We discussed how the album concept came about, the crowdfunding campaign that played an important role in the album's creation, as well as considered the evolution that Arch Of Hell have gone through so far. Enjoy. 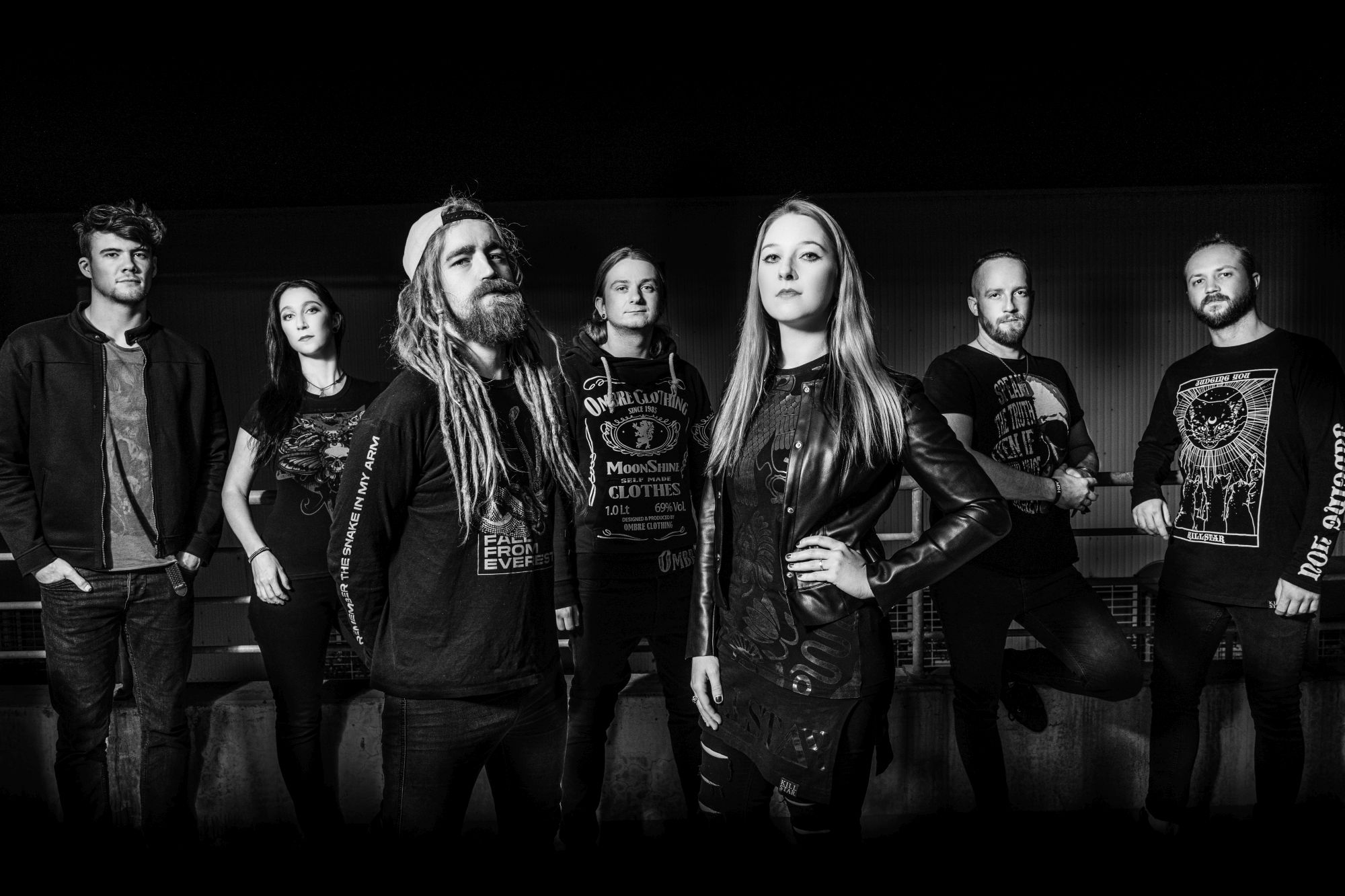 Arch Of Hell: Thanks to successful crowdfunding we could master our new album abroad. Thank you!

Over ten years ago, they caught the scene’s attention with their excellent debut One Day. Since then, they have stood among the most interesting bands of the local metal scene, which the latest album Arrival, recently released by MetalGate Records, only confirms. We talked about it with the vocalist Tereza Nesvatbová.

The new album revolves around extraterrestrial beings who keep influencing the life on our planet… Can you elaborate on the concept?

The whole thing rests on the theory of ancient paleo-astronauts, which states that at a certain point in mankind’s evolution, Earth was visited by extraterrestrials, who then influenced us both technologically and culturally. For those more in the know, I would certainly add that we are for example drawing from the work of one of the most notable researches in the field of paleo-astronautics, Erich von Däniken, and his debut book Chariots of tbhe Gods.

The main protagonist of our story is an alien being, a queen, whom humans worshipped as a goddess. But as mankind turned to be ungrateful and full of anger, she ultimately leaves our planet. The setting then is ancient civilizations, especially the Egyptian one.

What is your opinion on life outside Earth?

As a big sci-fi fan, I firmly believe that we are not alone in the universe. (smiles)

To write a conceptual album is not easy… How much energy did you devote to the preparations?

True, conceptual albums are bit harder to prepare. Everything must be meticulously planned and adjusted. But when you have in your mind some idea as to how it should look like and what you want to tell, it pretty much rights by itself. (smiles)

Do you first address the story, to which you then adapt the music?

If I remember correctly, the concept idea was indeed first. Then we gradually compose the music, and only afterwards we write the lyrics. Of course, it is not always a smooth ride and lyrics get rewrites and alterations. Though here I see another advantage of doing a conceptual album – you have something to hold on to.

Have you ever considered having lyrics in Czech?

Truth be told, we did not. As far as music is concerned, English is more natural for us. Not that we would not like Czech, but it just does not fit with our music. Furthermore, thing usually sound better in English than in Czech. The way I see it, there is only a handful of those, who can write really good lyrics in Czech, so it is something of a general problem on the local scene. Another thing is that having lyrics this way makes our music more accessible to those who do not speak Czech.

You define your style as modern metal, which is a pretty broad field. What should someone, who does not know you, imagine under such a term?

You are right that you can hide much under such label, which is precisely the good thing! (laughs) I would describe our music as a sort of multicultural metal fusion. We seek inspiration in great many styles, but at the same time, we try to infuse it all with this “alien factor” of ours. Be that almost black/death tempo, guitar onanism, core-like riffs, epic keyboards, insane choirs, or combinations of various vocal tonalities… Words however can never describe the music exactly, so I would recommend everyone to listen to something of ours and make their own opinion. (smiles) 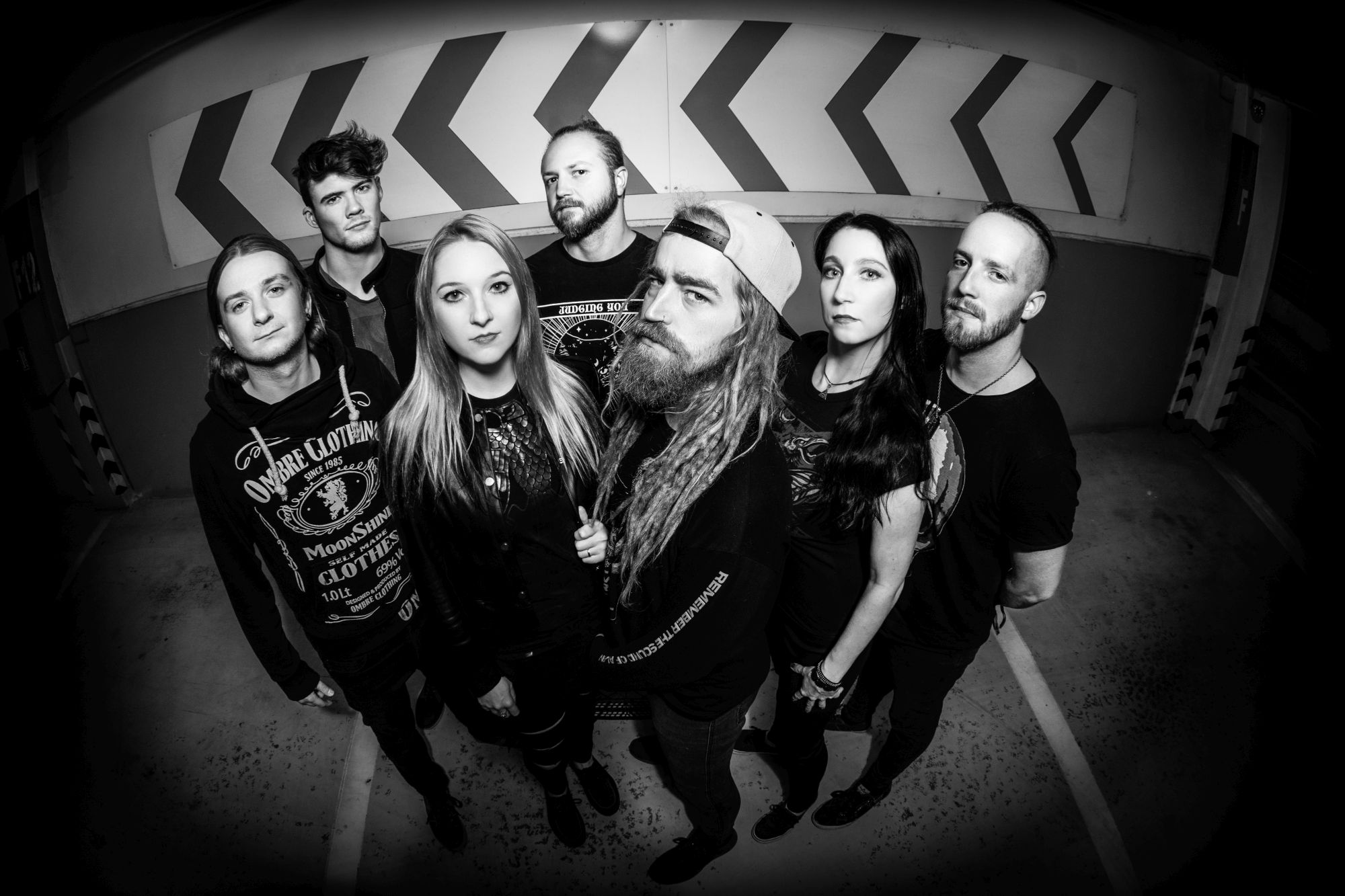 You financed the album in part through crowdfunding. How did it go?

Truth be told, this money covered only a small part of the overall costs of the album. We decided for crowdfunding primarily so that we could send the album abroad for mastering, which would not have been possible without such financial support. The campaign turned way better than we expected, truly great! We even went over the amount we asked for, which is something none of us would even imagine. We are very much surprised how many people want to support us and how big the interest in our new album is. It is something that kicks you up. We are really grateful for all who supported us this way!

I know many musicians, who are against crowdfunding, fearing they would fail. How did you feel when you were putting this project together?

Yes, it is probably so. I have to admit that we also hesitated a bit, but in the end, we decided to go for it, and it turned out to be the best thing we could have done. At the beginning there is of course a lot of work involved. You need to prepare the whole project, set up promotion, figure out the end amount and what you need it for, and most importantly establish what awards you are going to give to the people who will support you. There is also some paperwork involved, but I considered that as a necessary evil.

I would certainly recommend crowdfunding to all bands, who for example are now recording a new album and are unsure whether to try it or not. In my opinion, it is an excellent way to promote your new album, or any other product.

When you say Arch Of Hell, I immediately think of your debut One Day. Back then, it was something nice and fresh on the scene, plus I think this album managed to pull off an important thing, getting you the needed awareness. How big a difference there is between Arch Of Hell then and now?

Much will change in 12 years, so you can imagine. Perhaps the most significant change was the one in line-up, as only me and our guitarist Childy have remained in the band throughout all this time. I think we already see ourselves as the old guard and something of work horses. Of course, what happens in other bands happens in ours as well… the high school and college students are employed now, with many duties and responsibilities to take care of, so we can no longer spend most of our time playing in the rehearsal room, and most of our evenings in pubs or on gigs. Though we keep trying nonetheless! (smiles) I would conclude that we are many years older, but not a year wiser. (laughs)

An important band member, who however left off early on, was Swarm. How big was his contribution to the band’s direction? And why did he leave?

Mara (Swarm) was hour founder, the mastermind and the one who put One Day together (both musically and conceptually). Without him, we would not have met and would not be doing this interview. And though our paths diverged, there was no ill will. We cooperated few times even after his departure. Marek helped us a lot with the visual side, as he did for example the entirety of the album art for the One Day re-issue, or various promo flyers for gigs, or took care of our promo photos and so on. Why did we part ways? Because he simply decided to end his musical career and focus solely on his work.

You mentioned that there is less time to do shows now. What if however, someone offered you a year-long world tour? Do you have international ambitions?

We would certainly like to play more abroad, as so far, we did only a couple of foreign club gigs. It could use more effort. A year-long tour is a great image, though outside of reality I reckon. Unfortunately, the fact is that tours this long are very costly, not to mention the demands it would put on our livers and sanity. (smiles) Simply everything must be made to accommodate such a ride, especially work. A shorter tour over Europe looks more real to me, as then there is a better possibility of taking a leave in work and so on. When playing music is not really your way to make a living, but more like a hobby, you need to maintain some balance of things. It is nice to go touring with your band, but you still have to pay the bills. But should you happen to know some wealthy sponsor, let me know! (laughs)