Dear friends, it is here: today the third full-length "Arrival" by the Czech melodic metal outfit Arch Of Hell is officially released in digipack format! If you fancy modern metal that fuses melodic death, metalcore and symphonic parts, or "däniken-esque" motifs of crypto-archeology and paleo-astronautics, this piece should not escape your attention. Order now on MetalGate e-shop! 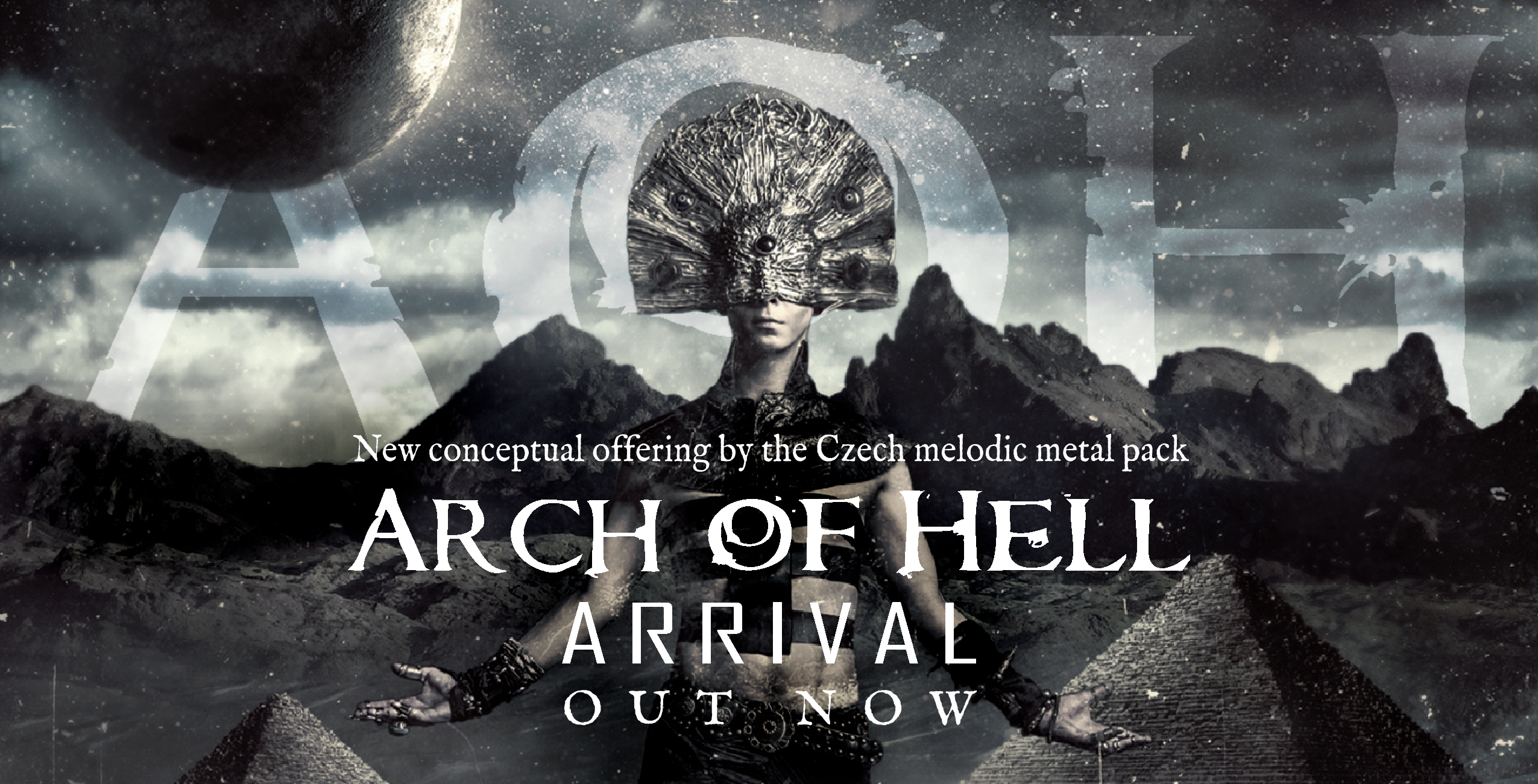 Melodic death with a taste of metalcore and an afterthought of symphonic metal… Such may be the brief definition of the new album by the Brno-based outfit Arch Of Hell. Simply put, modern metal that has the ambition to target a wider audience base. Arrival is a mature recording boasting a precise production and excellent sound! A treat that is now released by MetalGate Records on CD as well as in digital format.

Epic moments, outstanding melodies, a hard base, solid tempo, or the energetic alternation between male and female vocals. Arch Of Hell know well what their strengths are and can work them with great skill. Arrival offers 11 songs, including the single Nile that came out a while back to preview what the new full-length shall sound like.

You can listen to "Arrival" in all its beauty, as usual, on our YouTube channel.

Epic is also the album frontcover by Mustapha Design dz, which fits beautifully with the lyrical side of the album. What gives here is a conceptual tale about extraterrestrial beings that keep influencing life on Earth, the stage of which is primarily the Ancient Egypt. “There is a character of an alien entity – a queen, who was once worshipped by humans as a goddess. But their ungratefulness and spite were awarded with her departing, flying off, our planet,” elaborates the band vocalist Tereza Nesvatbová.

The creation of Arrival was actively supported by fans through their participation in a successful crowdfunding campaign on Hithit. This proves that Arch Of Hell keep meticulously building a strong and loyal fanbase, as well as that they stand firm among the notable contemporary younger bands of the Czech metal scene. “We are really surprised how many people want to support us and how big the interest in the new album is. It is something that kicks you up. We are truly very grateful to everyone who supported us this way. Thank you!” emphasizes Tereza Nesvatbová.