Dear friends, our "talks" are becoming a regular thing, as in case of the Czech black-doom act Voluptas it would also not go amiss to discuss with the band their current impressions now that their second studio opus "Towards the Great White Nothing" is released, as well as their musical evolution and what awaits them in the near future. So, enjoy! 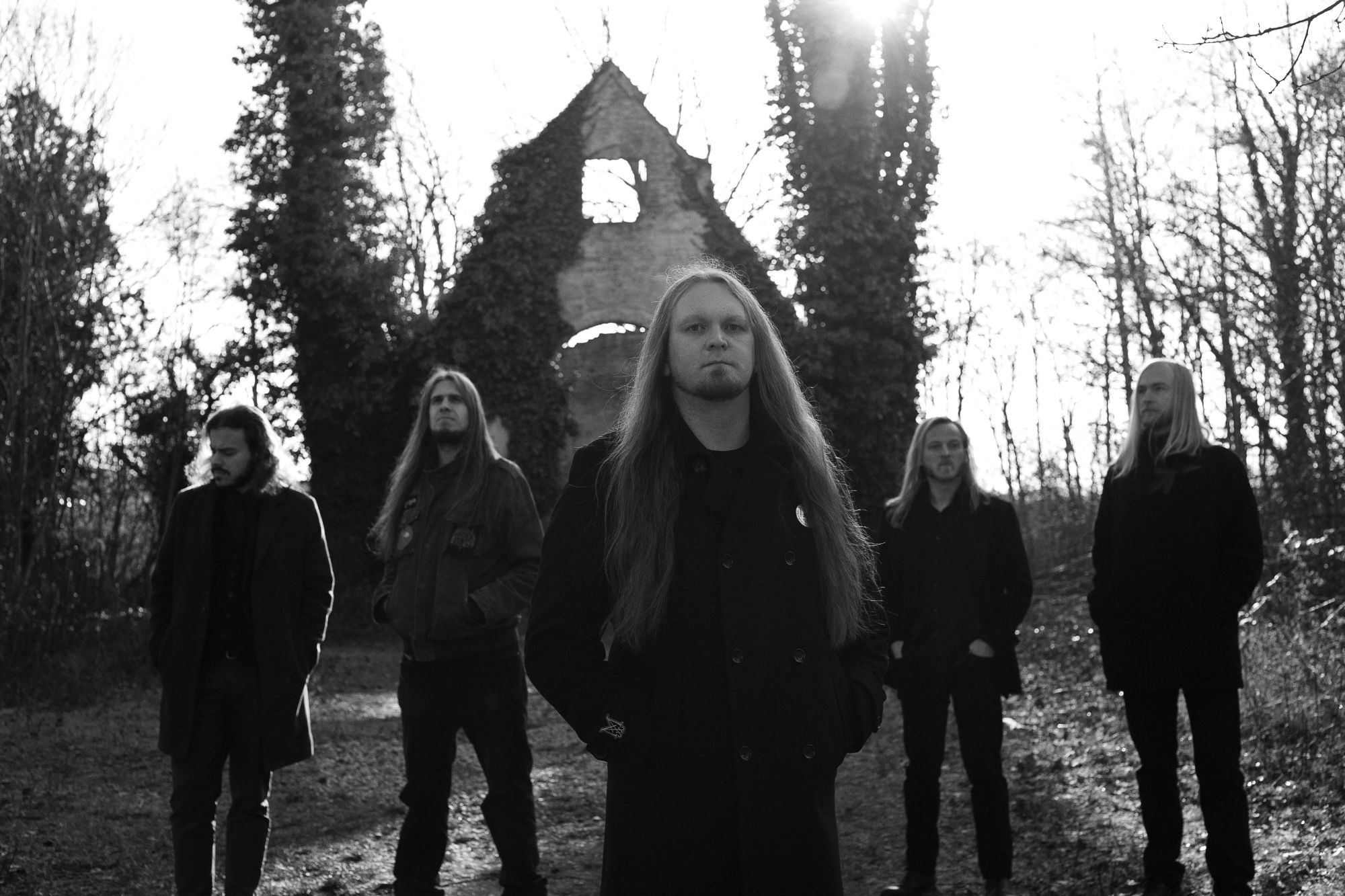 Voluptas: Oscillation between the black metal tradition and the tendency to experiment is for us kind of like struggling with a pig in a mud

The experimental black metal act Voluptas released a new album entitled Towards the Great White Nothing that is of course the primary subject of our interview. Nonetheless we also delved into the deepest past of the band, as well as considered their future.

To release an album under an established label is an important step for any band. You just managed that under MetalGate Records. What are your feelings now that the album is out?

We are glad that it is out, as well as that we did not have to do everything ourselves! (smile) We are not that kind of a band that would dive into everything headfirst, which is why it takes time for us to write songs or do the album art and design. Our first album Ved Rums Ende was made completely DIY, with help for some of our friends, and though it had been a valuable experience for sure, it had its drawbacks. We had to wait for everything, everything took insanely long to tackle, and of course, the promotion was not as it should have been. The creation of Towards the Great White Nothing was also entirely in our hands, with our friends helping out… so we also took our time. MetalGate however significantly aided with the final steps, such as manufacturing the discs and promotion. We are thus curious as to the feedback from those, who did not know us before and came across us perhaps precisely because of the promotion by the label.

The new full-length sounds distinctive, has drive, and now it needs to be spread as much as possible. What are your ambitions and plans in the months to come?

To play some gigs for sure, so that we can introduce the album live as well. Recently we played on the Soulbönding Trip in the Soulkostel in Vernéřovice and are planning the release show of Towards the Great White Nothing for November 5, with Sekeromlat and Oči vlka as support acts. We are also always writing new songs, so wherever you go to see us live, you will hear something brand new beside the songs from the album. We did something like this already in case of our debut, which we cover only minimally now on live shows. We certainly do not enjoy playing the same again and again. So, we like to alter existing songs and experiment with them, based on what line-up gets together. There is for example a saxophone in one track on both albums, but we often play live without it, or on the contrary we ad it to songs where it has not been before. As far as ambitions go, we are still an UG band and thus we do not write music to be seen at all costs. It is not our intent to force ourselves anywhere, though of course it would be nice, if promoters like our new album and invite us to interesting gigs as a result. After the aforementioned shows, we will probably schedule a smaller tour and we shall continue making new music, which we shall test live.

You yourself endorse the legacy of the Norwegian avant-garde in your music. In what way does it fascinate you?

With unusual ideas for their time, the willingness to experiment… We like the mindset and the magical atmosphere of the avant-garde bands that is somewhat different from the orthodox black metal. For example, in the mid-90s, Ved Buens Ende made such a good demo and a full-length that many bands are drawing their inspiration from those till today, though most fall short to meet their qualities. In general, today’s black metal scene is rooted a lot in the experiments of the 90s, often so much so that many of the back-then novel ideas are standard ways to do things today. Many of the albums that are now released as black metal or post-black would be considered avant-garde back in the 90s. That is however not to say that we have something against contemporary bands.

When listening to your new album, the first thing that came to mind were the early Ulver and their third full-length Nattens Madrigal – Aatte Hymne Til Ulven i Manden. Can you imagine going through a similar stylistic evolution as happened to Ulver? Are you open to that kind of experiments?

Nattens Madrigal is a good point. For us it is one of the most inspiring and most distinct black metal albums. And we are aware that some of our riffs may invoke Ulver. However, as far as music goes, though never say never (and it is possible that in the future we may include in our music other ways of expression), it is highly improbable that we would record a synthpop album few years from now. More likely, we will stick to black metal, doom metal and related styles.

Already on the Ved Rums Ende debut it was apparent that you want to set yourself aside. Only now however it seems that everything fell seamlessly into place, the changes sound naturally, elaborately… What major distinctions do you perceive between the two albums?

Compared to Ved Rums Ende, Towards the Great White Nothing is certainly more compact and more black metal oriented. The debut was more like a compilation of early material, as the songs were composed across huge timeframe and in a shifting line-up, wherein each member liked different music. On one hand, this brought diversity to the music of Voluptas, on the other hand, each song was different. It took some time for us to find our own face, and hopefully it shows on the new piece, which for the most part was composed by the current line-up, wherein we already can largely agree on how should what sound like. So, the reason why everything fits together better is our greater cohesion, a clearer idea as to what we want to do, and the fact that we all like black metal. Truth remains that some disorderliness is one of the elements of our music. We do not want for all songs to sound uniform, which is why there is a saxophone again in one song, a bit of kraut rock in another, or a noise outro. The oscillation between the black metal tradition and the tendency to experiment is for us kind of like struggling with a pig in a mud… and likely will continue to be so. 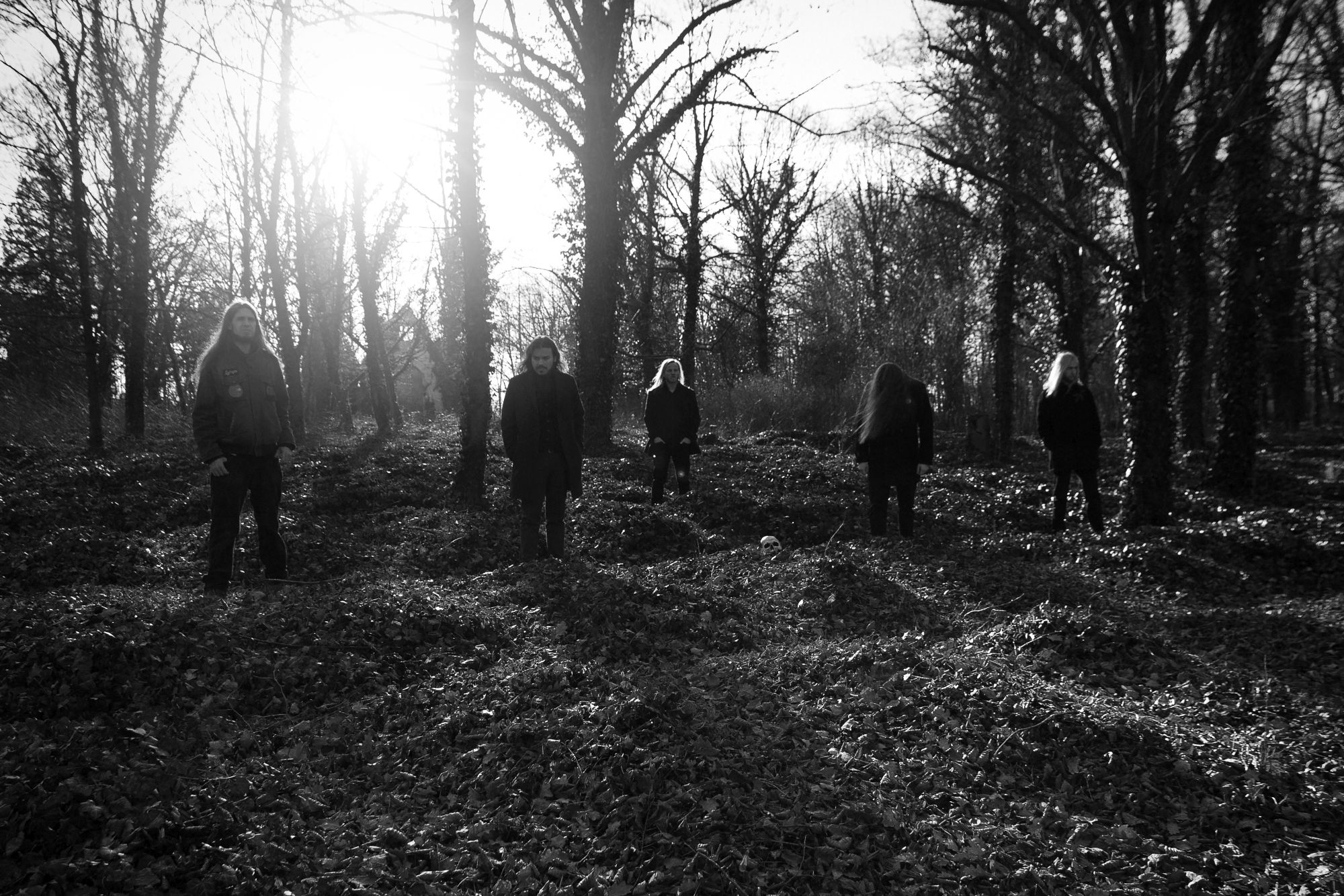 You mentioned the diversity of your early music… Out of curiosity, can you outline on what base did you build back then?

In the original line-up, from which only the bassist Štěpán remains nowadays, everyone enjoyed a different kind of music, which means that the resulting mix was very colorful, perhaps too much. In fact, each song was in a kind of different style of music. It was an amalgam of alternative rock, punk, funk, darker hardcore/metal, and even ethno (with didgeridoo, djembe etc.). Only since 2010, when the band was joined by the guitarist Martin, did the black and doom metal elements start to appear, and gradually took over.

Atmosphere is no doubt very important in black metal. What role does it play in your case? And is it difficult to reach?

What impression a song leaves, as well as what atmosphere it has, is of course important for us, though oftentimes we willingly opt for disrupting the cohesiveness. In general, we are not opposed to going deliberately against what conventional development the song should have and what sound should this or that have. That said, on Towards the Great white Nothing we did strive for a more consolidated atmosphere.

I was pleased by the sound that is not afraid to be raw… Today’s overproduced recordings, where everything sounds too perfect, are not the way you would want to go?

Definitely not. It is more likely that the next album will be even filthier, and in fact, the new one already has a filthier production than our debut. It will not however be an utter sewer, as the readability of individual instruments is vital for us. On the other hand, we do not desire a crystal-clear sound with overtriggered drums and sterile guitars. We are happier if the recording has an atmosphere, is organic and shows that it is played by people. When we are recording, we do not use metronome and do not strive for perfection. It is possible that such approach may discourage some potential listeners, however, we do what we like ourselves. Rather than top-of-the-line production and instrumental equilibristic, our band prefers ideas and feeling.

There are some good bands here for sure. From the younger, and thus for us the more interesting ones, we can mention Mallephyr, Plague Porter or Somniate. Also worthwhile are such bands that follow a more punk direction within the genre as Oči vlka or Bahratal. One of the best (not only) black metal recordings of recent times that is comparable to what comes out abroad was released this year by Ing. Kralik aka Yarrdesh. In general, we do feel that the scene is in much better shape than it was some ten years ago, though it still has, compared for example with our neighbors, a lot of catching up to do.