The image of nothingness

Dear friends, welcome to the second installment of our coverage pertaining to the upcoming new opus “Towards the Great White Nothing” of the Czech black-doom act Voluptas, in which we shall consider primarily the visual side of this album.

Logically, the album art stems from the motifs of individual songs, whereby it works with images of winter and desolate landscape, not only as a metaphor of inner emptiness and of compulsive thoughts that beset a man, who finds himself in such a wasteland, but simultaneously also as a reflection of the season, during which the album took form. In this regard, “Towards the Great White Nothing” ties into its predecessor that has an autumn visual tone.

The author of the frontcover artwork is Kristýna Vašíčková, for whom it is a premier creation in the field of metal-related art. Her involvement however did not end there. In addition, Kristýna also created a special illustration for each song, inspired by its lyrics, which are then to be found in the booklet. The overall layout and design were then created by Vašek Kokeš, who worked with VOLUPTAS already on their debut “Ved Rums Ende”. 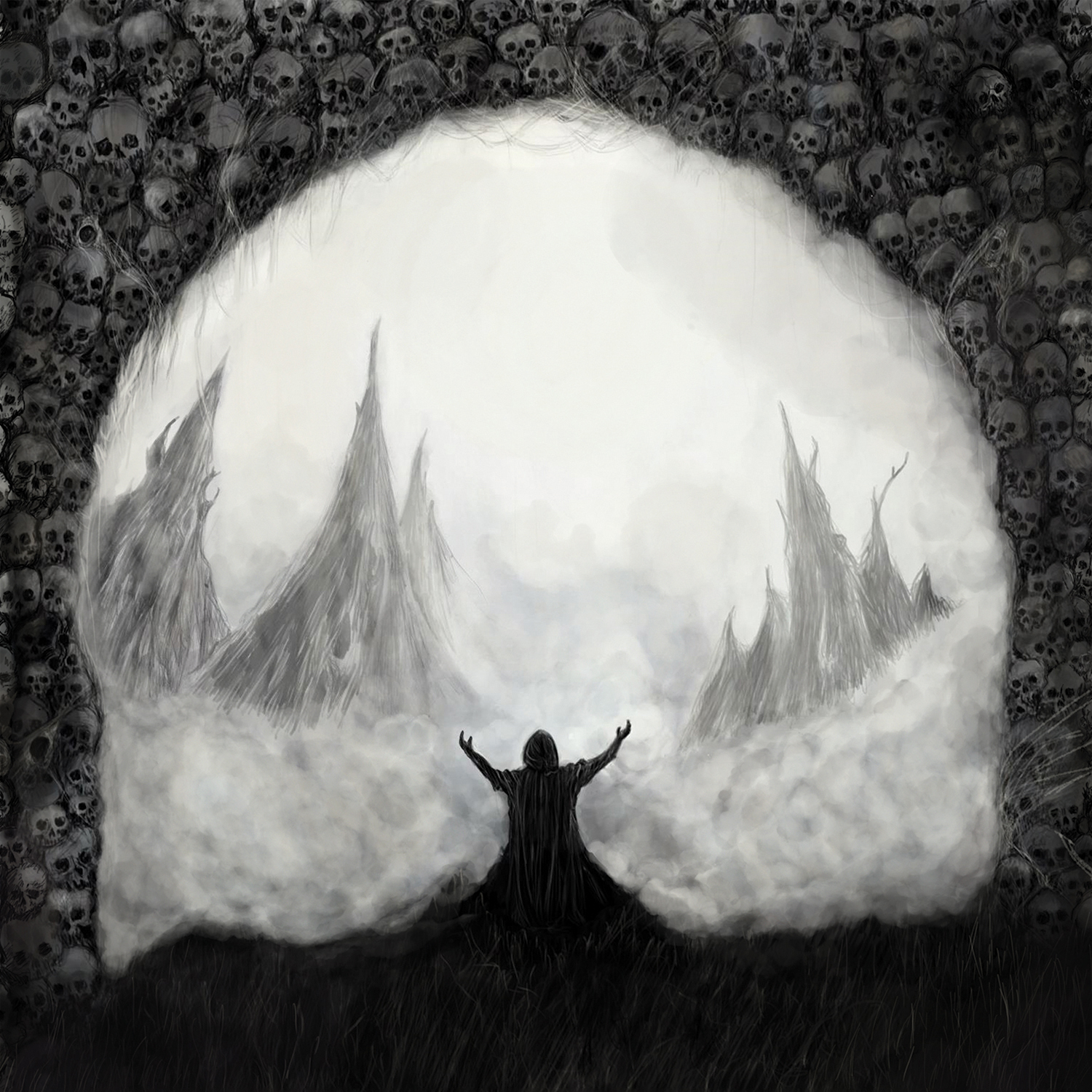 On a different note, we also have here the album tracklist, which we usually unveil alongside the frontcover and this time is no different. You can thus look towards the following five compositions on “Towards the Great White Nothing”:

So, enjoy and next time we shall consider the musical side!