Dear friends and fans of the musical alternative in particular, today we surely have a treat for you, as the expected split album "UR" of the Czech tandem of the post-metal icon DROM and the alternative post-rock veterans Tengri is officially released! Order now on MetalGate e-shop! 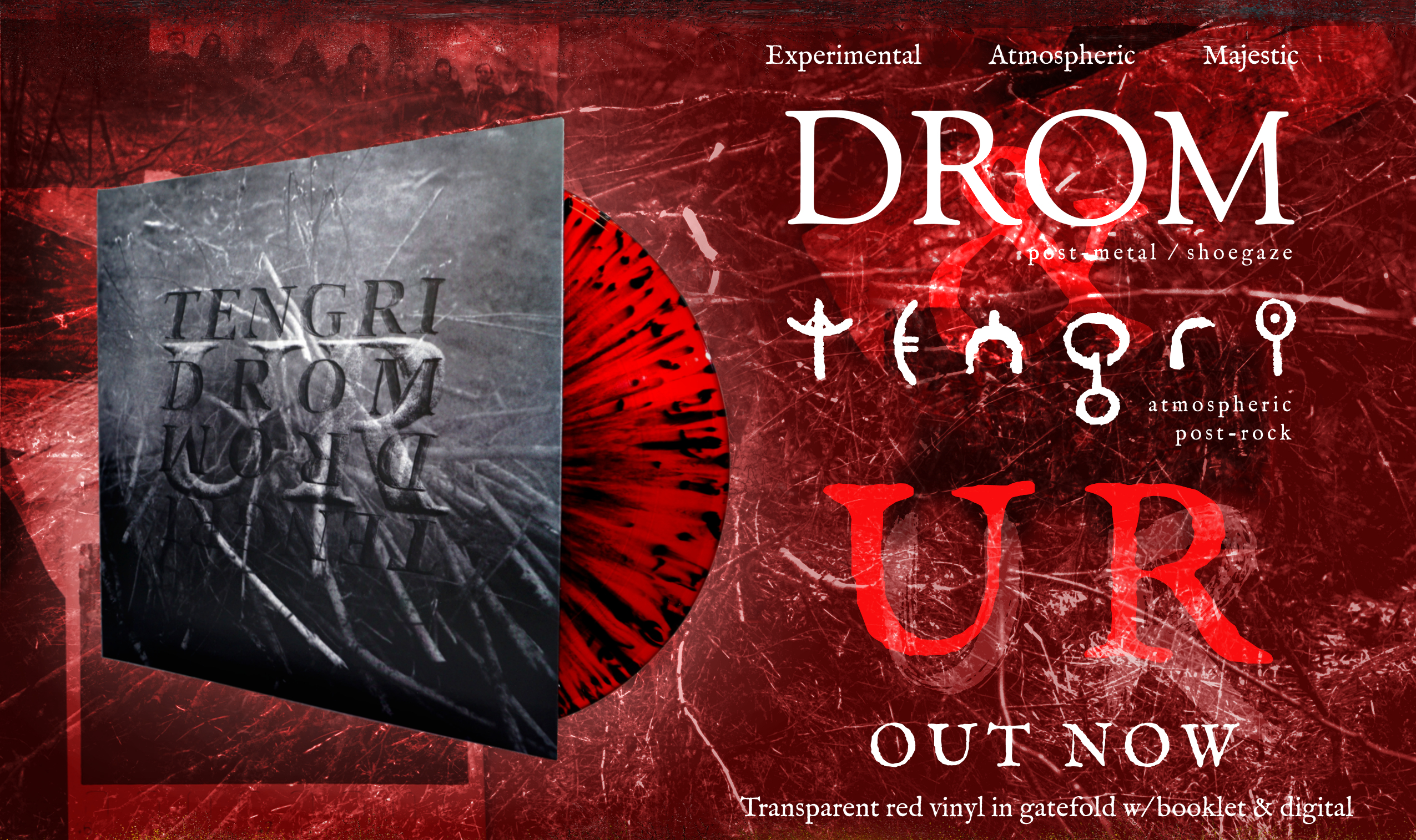 Ten years of friendship captured on a joint album. The experimental acts Drom and Tengri releasing a split on a red vinyl

UR. This short title denotes the split album by the Czech tandem of Drom and Tengri, which was released in late May by the Prague-based label MetalGate Records. It offers five longer compositions, the common denominator if which is the desire to experiment, the emphasis on atmosphere and the expansion of own limits. Surely, one of the most anticipated events on the Czech scene this spring for all fans of the alternative approach to heavy music.

Drom, hailing from North Bohemia and belonging to the forefront of the Czech post-metal, focus in their songs on interpersonal relationships. “It is in fact something of a prequel to our next full-length. The split is an opportunity for us to try out this subject matter,” says the guitarist and vocalist Charlie, adding that the overall concept of UR is a hidden one, which does not present a cohesive narrative. “It is abstract, somewhat metaphysical. Like nascency.”

As is customary for Drom, the band is not stagnant but evolving, though there are of course no dramatic stylistic turns. “I think that even by simply living, one is always progressing somewhere. We did not change our style, we do not play powerviolence all of a sudden, but we do try to gradually insert new elements into almost every recording of ours. The question then is if the listener is focused enough to catch this evolution. It is a fast age and our songs are long. This is no music for rapid consumption,” ponders Charlie.

While Drom used the split to give us a taste of their current direction, Tengri opted for two older compositions. “It is however the first time we used vocals,” says the bassist Martin. “These tracks furthermore constitute the debut appearance of the new drummer in our ranks, Danil.”

Playing atmospheric post-rock, Tengri base their music primarily on the experience of joint performance. “We have it also as an outlet for emotions, whatever they may be. The songwriting is then just translating those into music,” describes Martin.

Hear for yourself the musical qualities of "UR", as we are streaming the album in full again on our YouTube channel.

And if you are around in June, there are two opportunities to hear these majestic compositions live: first June 12 in Brno, second June 17 in Prague.