Introducing the author of Masterpieces

Dear friends, we are exactly a week away from the release of the Czech translation of the exquisite artbook MASTERPIECES, which offers the best metal artwork of 2018! Last time we brought you a reminder as to the book itself and its contents, in today's refresh, we shall look at who is behind it.

MASTERPIECES originate in the British publishing house Heavy Music Artwork that was established in 2012 with the goal of presenting metal as a rightful part of art and culture in general, primarily vis-á-vis its visual aspect, which is often, in terms of technique and quality, equal to the classical visual art.

Initially, HMA operated a priori online, though in 2016 they expanded their portfolio with printed titles. The first to appear has been an eponymous magazine, published quarterly, with each issue revolving around a single theme or motif, which is then reflected in band interviews or artwork presentations contained therein.

A year later, commemorating their 5th anniversary, the first book was published, i.e. "Portraits", a collection of portrait photographs of famous metal musicians.

Today, the HMA catalogue contains a variety of artbooks: "Masterpieces" with its three volumes already, also "Monochromes" (which is a similar best-of of metal artwork, but the monochromatic one), "Arte Divina" and its loose sequel "Arte Arcana" (that focus on the more esoteric pieces of the metal artwork), as well as "Aesthetics of Sickness" (which deals in short with visual gore). 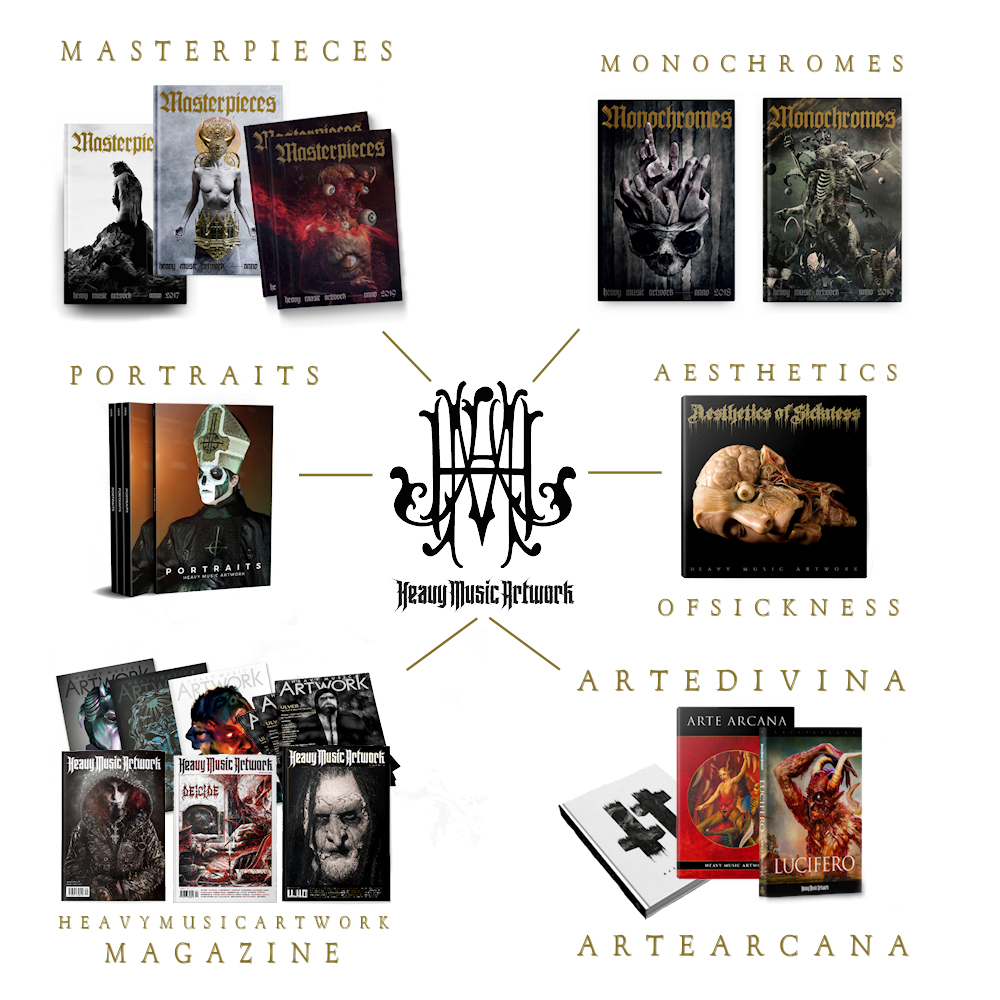 There is thus plenty to feast your eyes on, and we can only look forward to what HMA will publish next.