The wait is over. The new single and music video "Aeon Echoes" from the upcoming second studio album "ÆØN5" of the post-rock project POSTCARDS FROM ARKHAM is here! You surely know Alice in Wonderland by Lewis Carroll, however when taken up by POSTCARDS FROM ARKHAM, the proverbial rabbit hole now leads to truly strange places.

Specifically, to a fairytale world permeated with Tim Burton-esque aesthetics and with the universal chaos of H. P. Lovecraft. And it is only up to you whether you will disappear entirely in this void of meaninglessness, or whether your mind is open enough so that you are able to see things in a different, radically even, light.

We will not divulge more from the plot of “Aeon Echoes”. Likewise, we shall leave its meaning to the imagination of each and every one of you. So enjoy!

And if you like "Aeon Echoes", head to MetalGate eshop, wherein you can pre-order the "ÆØN5" album, choosing from two editions.

The standard edition features the album itself in a richly illustrated digibook, while the special edition adds unique pre-order bonuses, specifically a real postcard from Arkham, a stylish guitar pick, and most importantly a real tentacle, canned and edible – import straight from R’lyeh from the mighty Cthulhu himself! 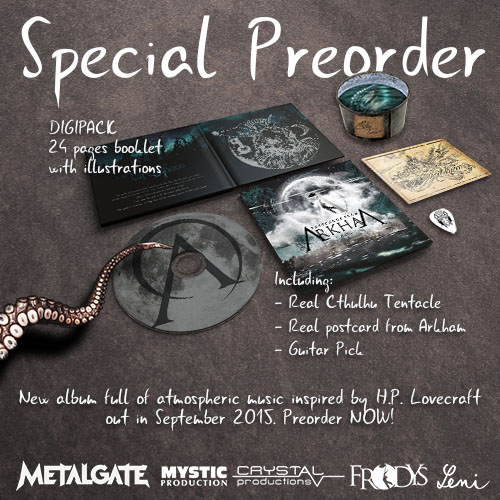 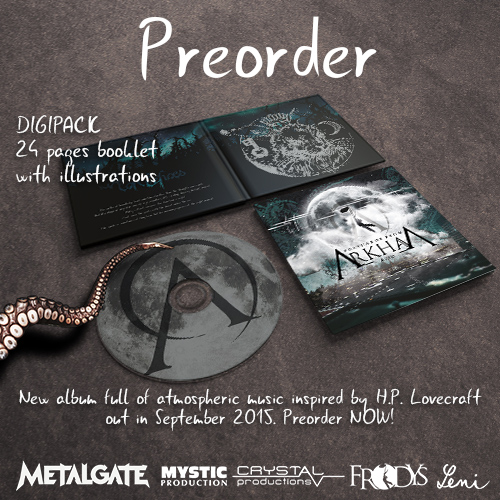 More information about "Aeon Echoes" can be found in the current press release, available here.