Art of "Flame of Rebellion"

Dear friends, here comes another installment of our coverage pertaining to the upcoming new album "Flame of Rebellion" of the Czech death/black metal horde Purnama, in which we are shifting perspective to look at the visual side of this album.

We are thus presenting you the frontcover, the art of which is authored by the Indonesian illustrator M. Luth Slaughter, who in it combined drawing by hand and digital coloring (You can check out more of his work here). So, what say you? 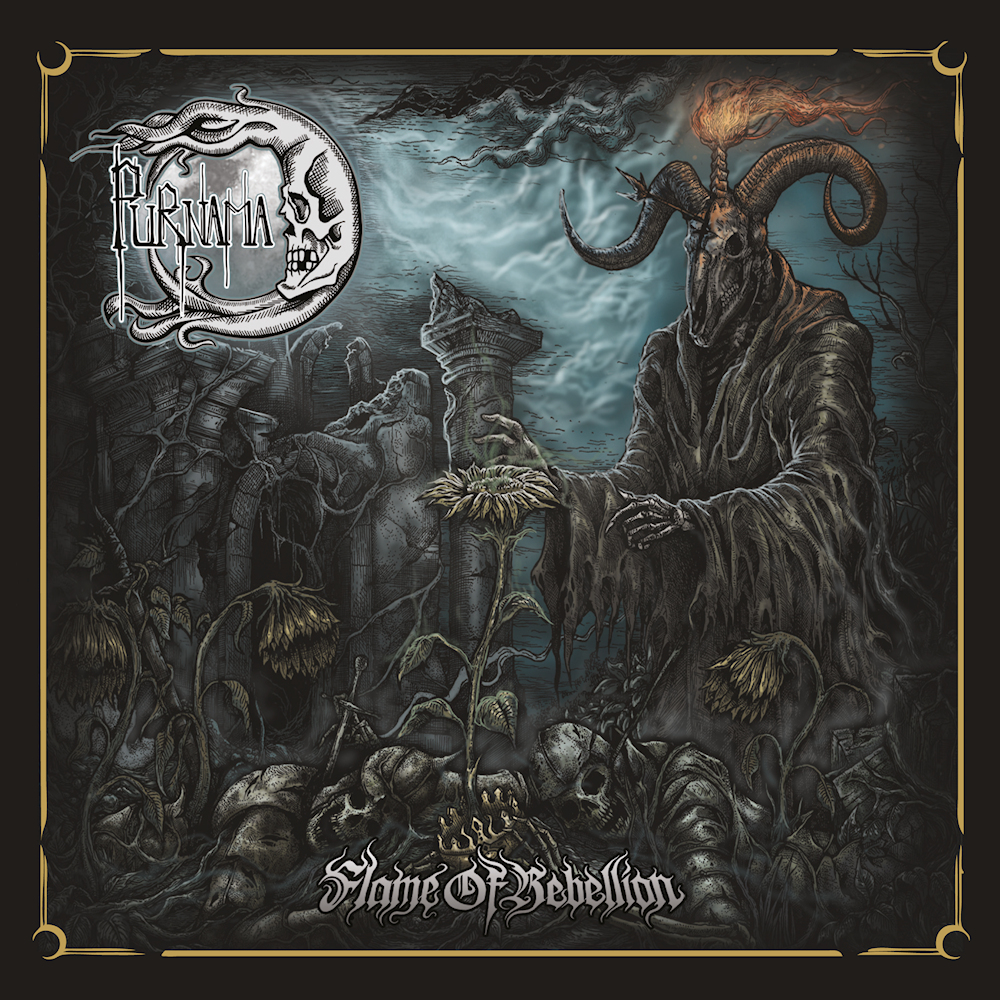 For completeness, let us further add that two others took part in the album visualization, those being Tomáš F. Hanzl (a.k.a Chymus), who took care of the overall layout, and Miroslav Kravec from MK-Photo ART, who created all the photos you will find in the album's booklet.

As usual in our coverage, the other thing we present alongside the frontcover is the album tracklist, which in this case consists of the following eight blasts: