Dear friends, the wait is over! Today is the official release of the final solo album "Než zemřu" of the Grand Magus BigBoss and his ensemble BigBoss Band in digipack format! Order now on MetalGate e-shop! 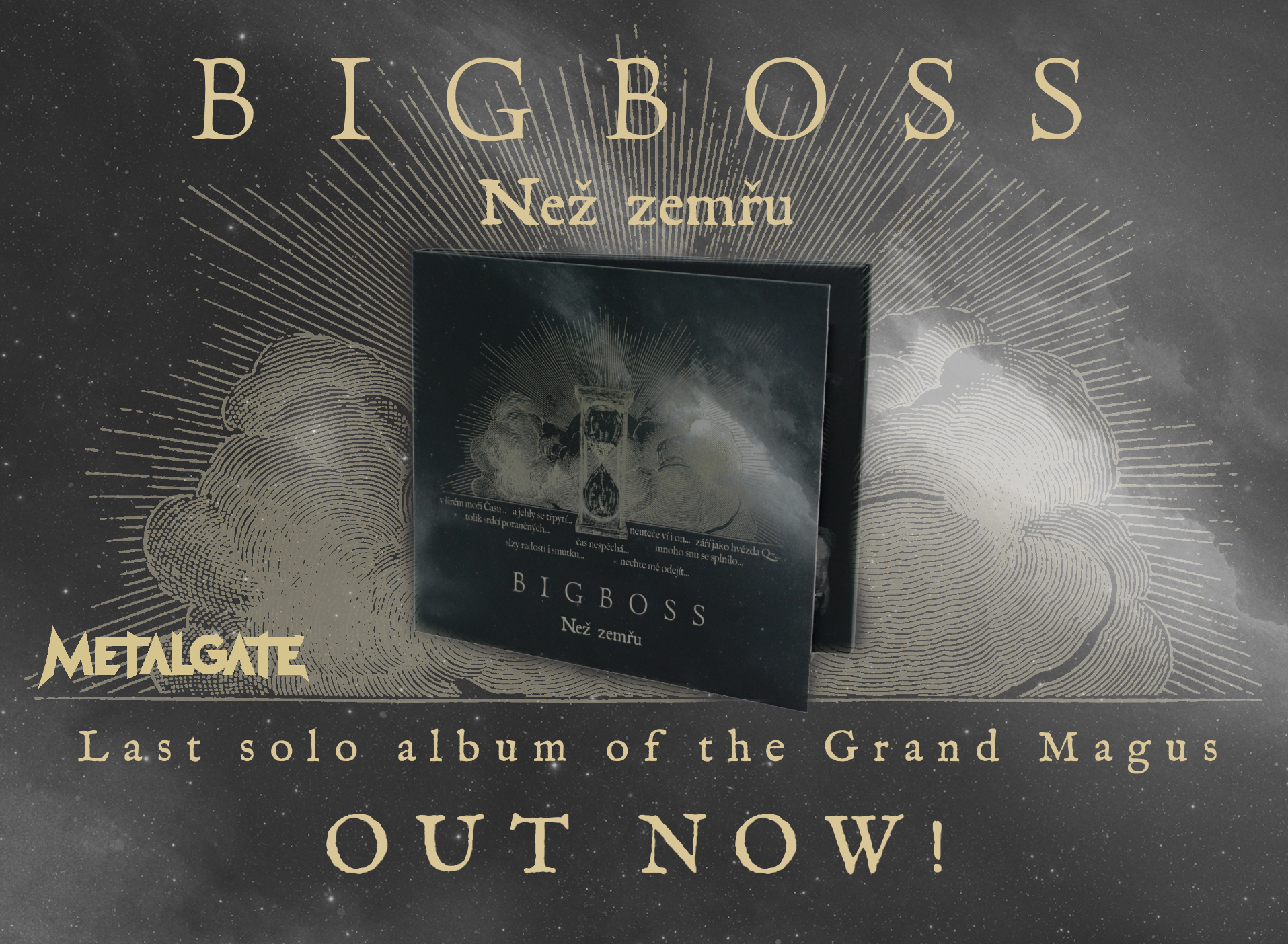 Ladies and gentlemen, succubi and demons alike, the day of joy and of sorrow has come, for today we are unleashing upon the world the fifth full-length of the Grand Magus Jiří “BigBoss” Valter and his solo project BIGBOSS BAND. The sad element in this otherwise joyous occasion is the fact that with this album, the BIGBOSS BAND is saying farewell. And it is a truly emotional goodbye, as the Master decided to present on his new offering, entitled “Než zemřu” (Before I Die), his life to all his fans, from A to Z no less, with there being plenty to reminisce about! For example (and not necessarily in a chronological order): a happy childhood that was violently disrupted by the past regime, first experiences with music, forest wanderings, a tragic loss of a lifelong friend, the founding of the legendary club Šelepka in Brno, prison, founding of Root, difficult family relations, drugs and alcohol, or satanism and its philosophies. We could of course continue like this on and on till the present times, which “Než zemřu” also reflects, founding the Master recalling his life and looking at a world, wherein, admittedly, he sees very little optimistic. All that and more indeed awaits you on the scope of nine songs that make up “Než zemřu”.

Based on such an overview, it should be no surprise that music-wise, “Než zemřu” has no uplifting soundtrack. That in itself is nothing new, as at least the two preceding full-lengths by BIGBOSS BAND (“Doomy Ballads” and “Sbírka černých růží”) are permeated with dark, sometimes even doom metal-like, sentiment. At the same time, it is apt to also note that you should expect no black metal, in the vein of the Root or any other. Simply put, BIGBOSS BAND has been and still is all about different spheres of musical expression. The listener will thus have the opportunity to be captivated by slower guitar tonalities, distinctive keyboard parts, but first and foremost by the signature strong and deep voice of the Grand Magus himself, whose vocals are imbuing the album with a unique charm that only he can conjure. The touching atmosphere is further underscored by the use of the Czech language in lyrics and vocal parts that can masterfully convey the deep emotions straight to the heart.

In case of “Než zemřu”, the compositional and production goals were met completely. The whole recording process took place in the Dejansound Studio, wherein the album was also mixed and mastered, with BigBoss, Paramba and Dejan Petkovič all acting as producers, leaving no detail to chance, which resulted in crystal clear and balanced sound.

OCheck out for yourself its musical qualities, as we are streaming the full-length in full on our YouTube channel.

Now the end is upon us. The album is done and ready to be released. Its arrival will however not be the definitive end of BIGBOSS BAND, as to also follow is a series of selected shows planned for 2020, which will add the true final lines to the epilogue of this atmospheric project. Thus, keep an eye of the official band channels so that you do not miss this live farewell, and in the meantime, dive into the fifth full-length, which comes out today.