Good evening dear friends, as promised, today is the official release of the fourth full-length "Øakvyl" of the Czech Lovecraftian post-rock act Postcards From Arkham in digipack format! Order now on MetalGate e-shop! 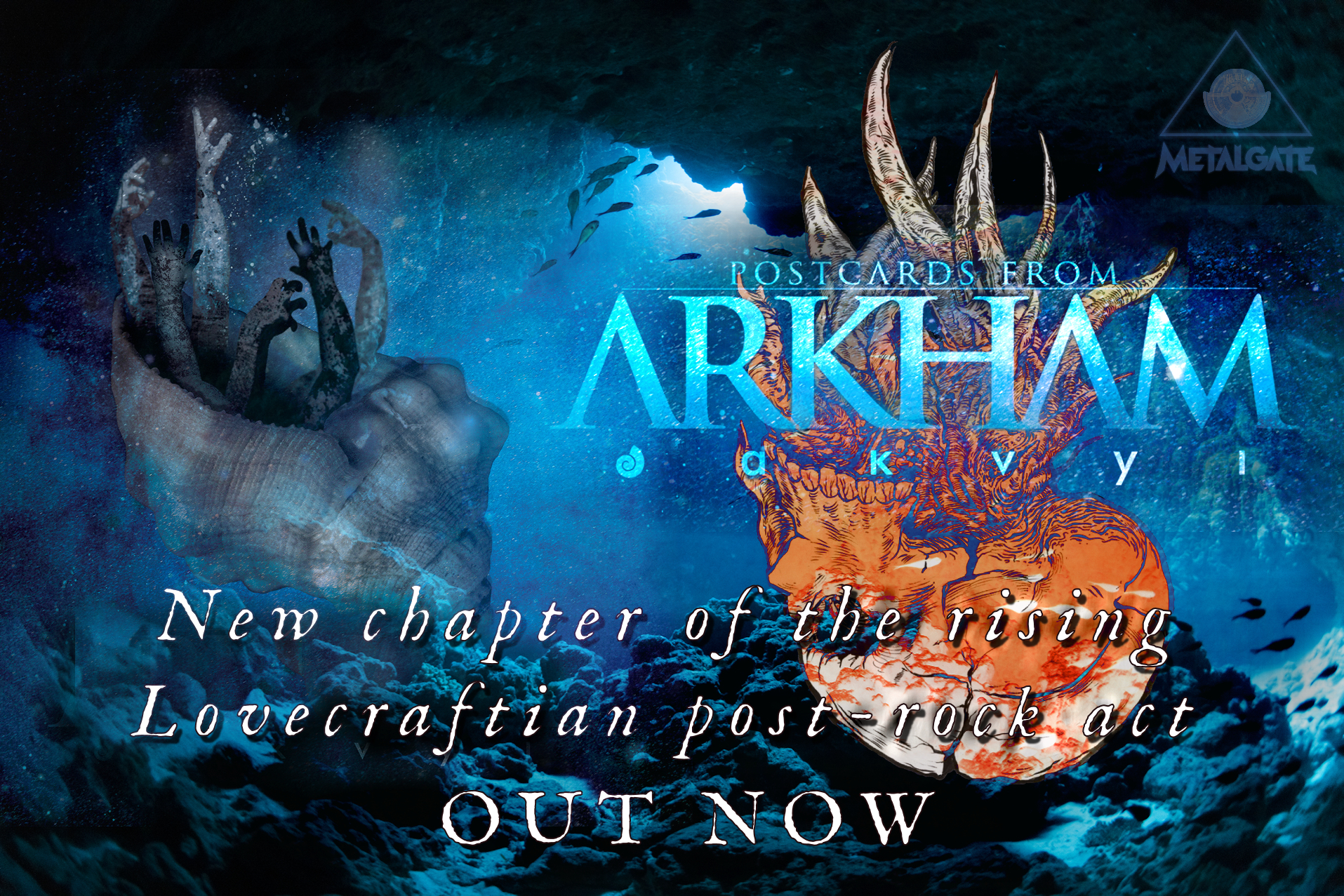 Some announcements call for a lengthy, elaborate introduction. Others need but few straightforward lines. Our is the latter case. Ladies and gentlemen, the Czech Lovecraftian post-rock band POSTCARDS FROM ARKHAM returns with a new full-length entitles “Øakvyl”! The term “band” is in this case of paramount importance, as it is with this new album that POSTCARDS FROM ARKHAM complete their evolution from a primarily studio project to a proper band. Of course, it has been a gradual transition, and if you are familiar with this outfit, you surely registered that they play live often, which does not really go together with how a studio project actually operates. That said, it was only now, on “Øakvyl” that the line-up fully stabilized (also thanks to the arrival of a new drummer Jan Gajdoš), thus allowing the band a more complex approach to composing the new material, which in the end reached a whole new level.

If we want to discuss the new album, we need to start way in the past, about ten years ago, when POSTCARDS FROM ARKHAM were not yet around. At that time, Marek “Frodys” Pytlik, the founder of POSTCARDS, had his Oakvyl project, which then gave the title to the fourth full-length a decade later. The “Øakvyl” album started taking shape towards the end of 2018, when Frodys came with the initial concept to his bandmates. In January 2019, the works commenced in earnest during joint rehearsal sessions that ultimately gave the songs their final form. By the way, said session are a novelty for POSTCARDS and attest to the different conditions of the album’s creation. That is to say, while Marek remains the chief composer, his bandmates are far more involved in the sound of their instruments, as well as even directly behind some aspects of the songs.

Once the songs were finished in their form, POSTCARDS head on to record them, involving three different studios: drums, vocals and acoustic guitars were recorded in the GM Studio of Martin Roženek; electric guitars and keyboards then in their own Arkham Studios, where the album was also mixed; and mastering was taken care of by the renowned Jens Bogren, whose clients are such iconic names as Opeth, Katatonia or Swallow the Sun. The band has nothing but praise, as far as mastering goes, and openly admits that cooperation with Jens was a dream come true.

The new album is once again a post-rock jewel that follows all the important genre conventions. It is apt to note however that its sound does reflect the aforementioned transition from a project to a band in that it is more natural, rawer and with more grit, which was achieved by employing for example heavier bass lines, sharper riffs or more aggressive samples. It is the sound that POSTCARDS FROM ARKHAM wanted to achieve in order to erase the distinction in how they sound on an album and live, which was something their fans rather often pointed to in the past. The quartet of Marek “Frodys” Pytlik, Jaroslav Mahr, Jakub Moj and Jan Gajdoš is thus eliminating this dichotomy, thanks to the “Øakvyl” being the release of not a studio project, but of a proper band.

As usual, we are streaming the album in full on our YouTube channel, so hear for yourself the qualities of this new chapter of PfA.

Order your copy of "Øakvyl" on MetalGate e-shop, where it is available as a standalone release, or as part of the "Miskatonic Archives" limited collection that furthermore contains its predecessors, i.e. albums "Spirit", "Manta" and "Æøns". Links below: