Great news for all fans of the Czech outfit DUSTBORN, as well as for all who enjoy symphonic black/death metal. Today marks the official release of the act's debut full-length "Dethroned" that offers eight blasts in the vein of the aforementioned extreme mix with melodic interludes! Order now on MetalGate e-shop! 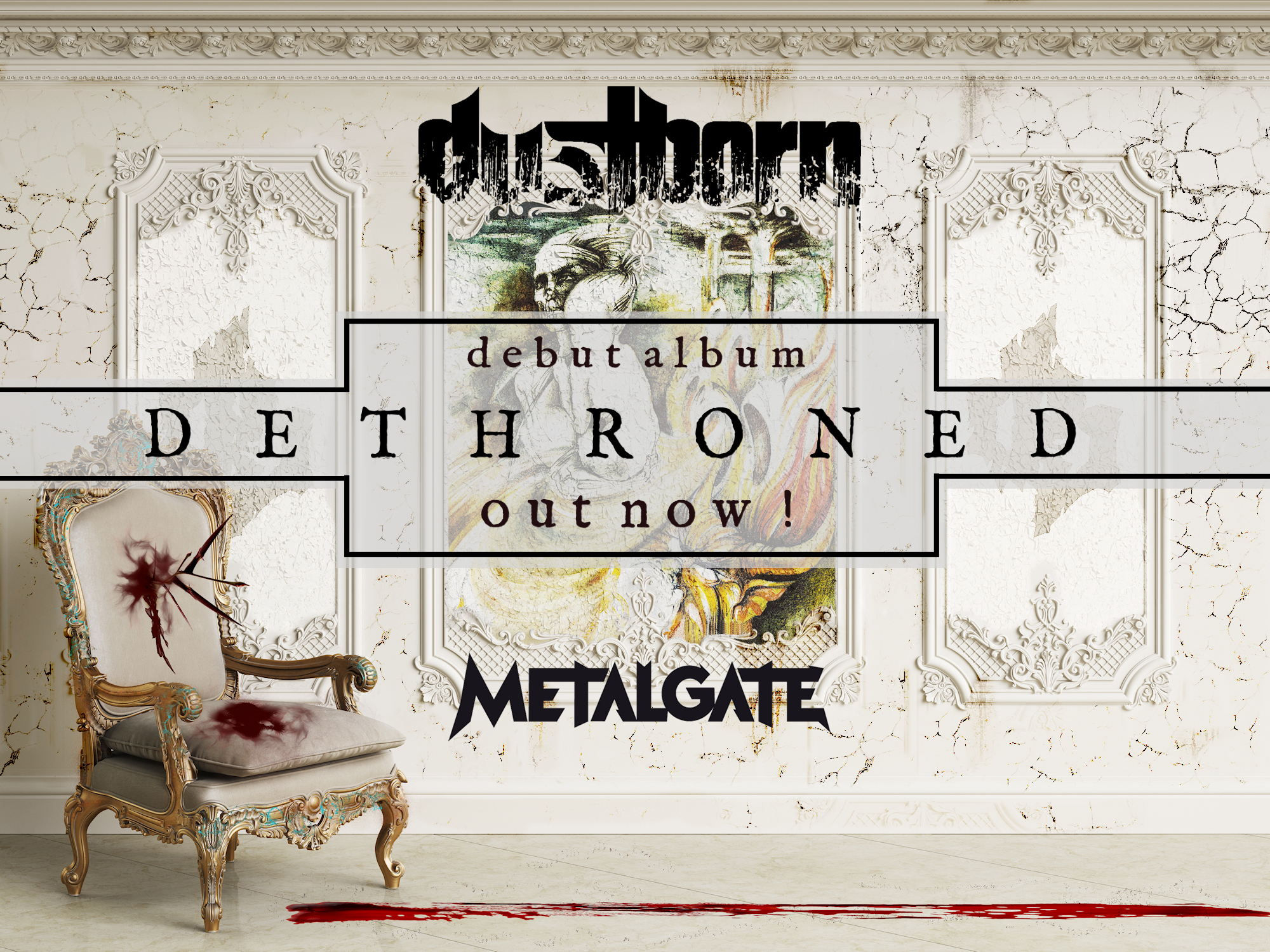 Dear friends, the moment has come, as with today ends the wait for the debut full-length of the Czech symphonic blackened death metal act DUSTBORN. This fairly new outfit, established in 2017 by former members of Desire for Sorrow, took things by storm. And now, some two years since founding, unveils their premiere studio piece, entitled “Dethroned”. This offering began taking shape almost immediately after the release of the debut EP “MMXVIII” that appeared in 2018 (as evidenced by its title), though it was only towards the end of last year that the compositions took the intended form and essence. From there, it was a smooth ride, with almost idyllic recording sessions in the Czech Sonidos Studio that rushed nothing and focused on the best possible outcome. The whole process was thus more involved, with DUSTBORN being able to experiment and take their songs the proverbial extra mile. There is no doubt that its is thanks to such constellation that “Dethroned” is able to offer a diverse soundscape that is not a mere mix of melodic death and black. We can take combination of live violin and string samples as a textbook example of such extended approach. The outcome is thus a fairly singular sound, which is epic and bombast on one hand, down-to-earth and pressing on the other.

Experiments however do not end with a truly alchemical mixing of live and sampled instruments. The band similarly works with clean vocals that appear on the album perhaps more than is customary in such a stylistic combination. It is certainly interesting to note that the album sees a premiere appearance of formerly keyboard player Johny as the main vocalist, covering the harsh vocals, while the clean ones are taken care of by the guitarist Dan.

You can check the musical qualities of "Dethroned" yourself, as we are streaming the album in full on our YouTube channel!

Despite said experiments and the inclusion of elements from other, less orthodox, metal styles, the album does have a dark and heavy core (after all the band itself is of the opinion that the full-length is faster and more extreme, compared to the EP), which then perfectly aligns with the dystopic tales that “Dethroned” brings, lyrics-wise, to the table. The icing on the proverbial cake is a beautifully made cover art, hand-drawn in its entirety, which makes DUSTBORN to stand apart from the current trend of digitally made frontcovers.