Announcing the fifth headliner of MGCDF 2019!

Dear friends, we are bringing you another update of the roster of the upcoming 11th installment of our/your Czech metal feast. Only one name this time, which means another headliner - the Dutch colossus Asphyx! 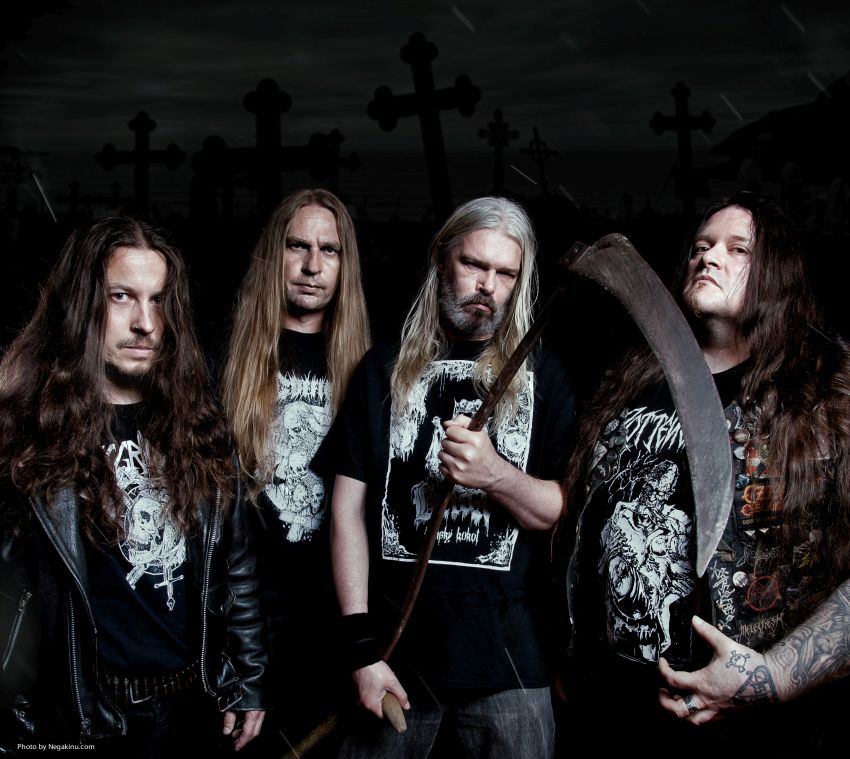 Band reunions are an interesting phenomenon that could easily be a subject of various scientific studies. One such notable case is the Dutch beast ASPHYX that in its history seen more than a fare share of endings and new beginnings. However, the important thing here is quality. And here there is no doubt that the final reunion brought ASPHYX back stronger than ever. As cliché as it may sound, the fact remains that they gained the most acclaim after 2007, when the band triumphantly returned, turning the German festival Party.San Open Air in its head. Since then, there is no stopping them. The new albums “Death…The Brutal Way” (2009), “Deathhammer” (2012) and especially the latest one “Incoming Death” ushered hordes of new supporters into the band’s fandom, while remaining 666% true to the classic traits so that the fans of the early masterpieces “The Rack” (1991) or “Last One On Earth” (1992) are not left behind. After all, it is admittedly in that period where the roots of ASPHYX’s current success lie. As this death/doom warmachine is poised to take the stages far and wide by storm again, we are delighted that MGCDF 2019 shall be one of them! Prepare for a helluva blast that shall be talked of in years to come!