Dear friends and fans of musical oddities, this Spring shall be indeed strange, but all the more interesting, for we came across the opportunity to bring to Czech Rep. three experimental-psychedelic bands from the Finish metal and post-metal underground that thrives around the city of Tampere. 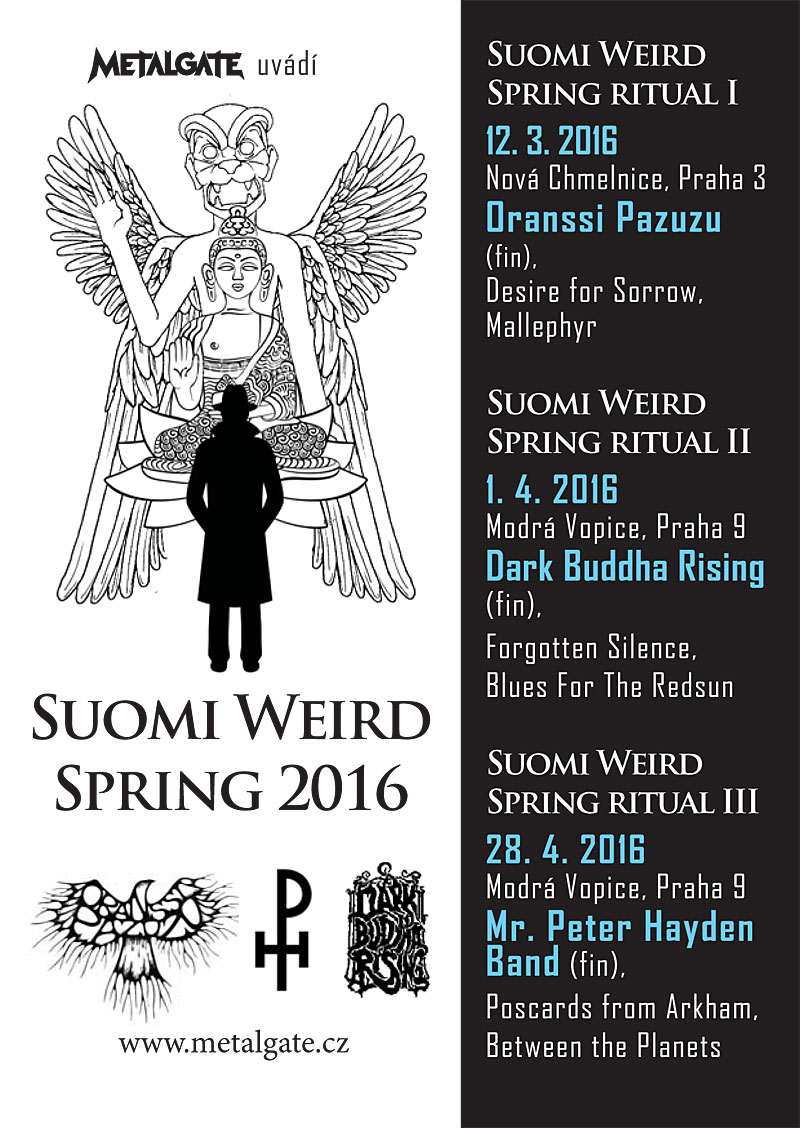 First, March 12, 2016, shall witness the return of the experimental black metal visionaries ORANSSI PAZUZU, who will bring with them their new album "Värähtelijä", and who will be joined for the evening by the rising stars of Czech black metal DESIRE FOR SORROW a MALLEPHYR!

And April 28, 2016, the whole sequence shall come to a close with yet another premier appearance of the ambient-post metal project MR. PETER HAYDEN, supported by local instrumental projects POSTCARDS FROM ARKHAM a BETWEEN THE PLANETS!

Three Suomi bands, three rituals, one weirder than the next, simply put, come and enjoy the Suomi Weird Spring!