Winter in general is a time of slumber and of dreaming, and thus it is no coincidence that this winter the DREAMSCAPES TOUR shall cruise through Bohemia and Moravia. 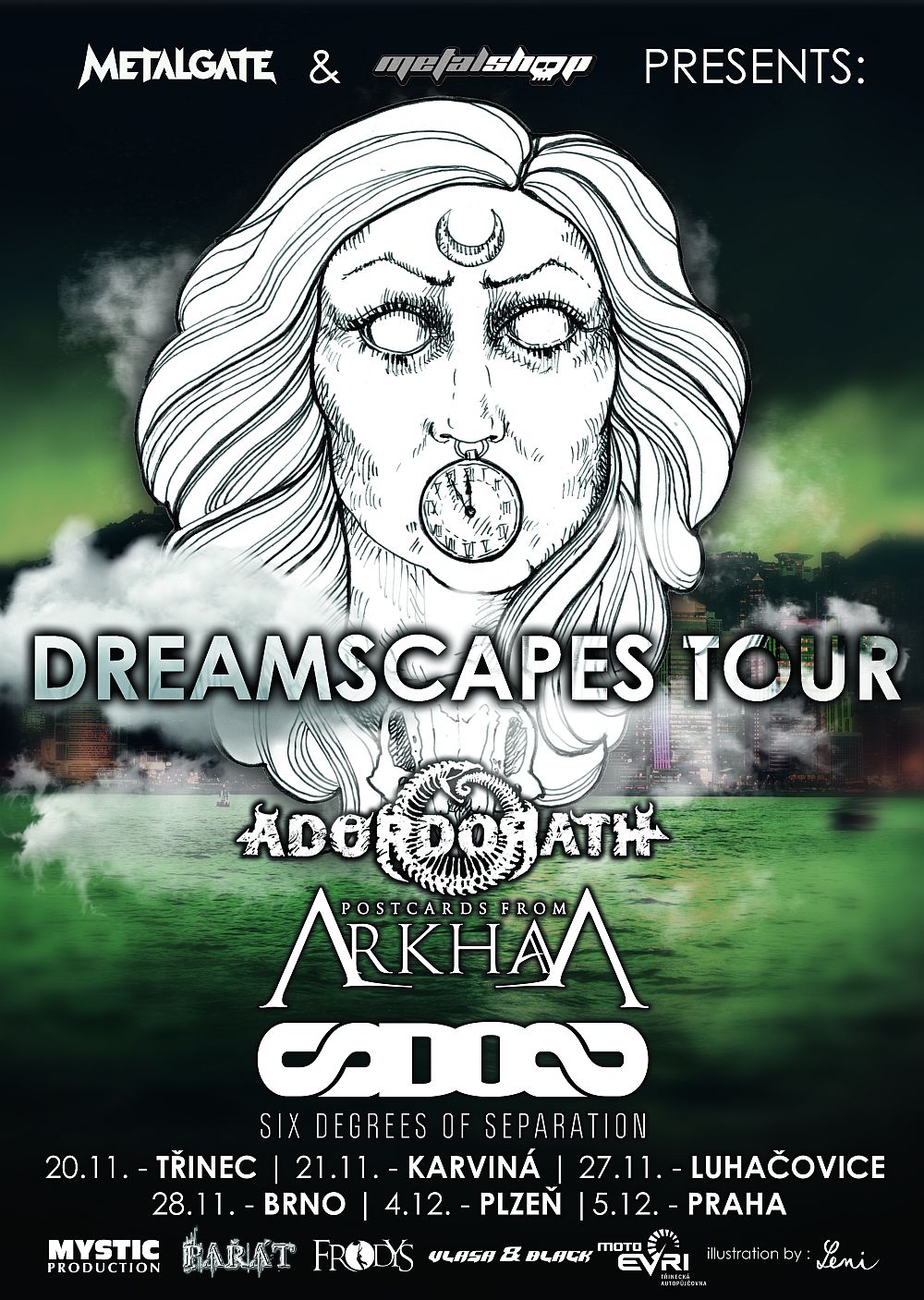 For it is a voyage of three dream wanderers that will present you their specific worlds of imagination, fantasy and psychedelics. Who is it that we speak of?

The first wanderer is the psychedelic metal icon from Český Těšín, ADOR DORATH, which returned in style to the Czech metal scene last November via the fourth studio album “The Very Essence Of Fire”, followed by a comeback onto the stages as well through a tour with Forgotten Silence and Awrizis. Being poised to set out once again, attests to ADOR DORATH being in full strength.

The second wanderer from Ludkovice in the Zlín region is also a veteran of the Czech scene and a member of the ranks of MetalGate Records. We speak of course about SIX DEGREES OF SEPARATION and of their unique and unmistakable style which the band itself calls metal-soul. SDOS will be touring with their current album “The Hike & Other Laments”, yet since work on its successor is already underway, it is possible that you may hear a taste of the new repertoire.

The third wanderer, from Havířov, is a relative newcomer, yet with a seasoned frontman at the helm, in the Czech music waters. We do not say metal waters on purpose, for this band is to be found in the post-rock genre. Yes, we mean POSTCARDS FROM ARKHAM, project inspired primarily by the iconic novelist H. P. Lovecraft and his “weird fiction”. On the DREAMSCAPES TOUR, PfA shall present their brand new second studio album “ÆØN5”, so get ready for a set filled with atmospheric music.

The path of this trinity is as follows:

The whole tour shall kick off November 20, 2015, in Třinec in the Barrocko club. The next day, that is November 21, it moves to Karviná to Hard Café, joining there the club festival Carnival Of Souls.

The next leg happens a week later, first November 27 in Sokolka in Luhačovice, and then November 28 in Favál in Brno, wherein the trinity joins the traditional festival Waiting for the Winter.

The final leg is up in the first week of December, specifically December 4 in Papírna in Plzeň, and finally December 5 in Prague in Modrá Vopice.

For more info about the individual tour stops, stay tuned to website of FB profile of MetalGate.

See you on the road!