Dear friends, though Autumn is still far away, we have something for you that should not escape your attention. Though we sadly did not manage to pull of another installment of our Hellenic Darkness club festival, Hellenic black metal will have its say this year regardless...

...for precisely in Fall, i.e. October 27, the Prague-based club Underdogs' shall host, in cooperation with the Etrurian Legion Promotion, the Czech show of the Order of Evil minitour!

This unholy enterprise brought together the iconic VARATHRON, the band that formed the Greek black metal scene along with Rotting Christ, Necromantia or Zemial, and LUCIFER'S CHILD, a project of George Emmanuel, the former guitarist of Rotting Christ and Chaostar, and Stathis Ridis of Nightfall.

Both acts will be presenting their new full-lengths, i.e. "Patriarchs of Evil" in case of VARATHRON and "The Order" in case of LUCIFER'S CHILD. The local audience will also surely remember both bands from 2015, when we welcomed the former on the second installment of Hellenic Darkness, and the latter on MetalGate Czech Death Fest.

Of course, this is not the end of the show roster. There will be other guests, which we shall cover later. So, mark your callendars and stay tunned for more info! 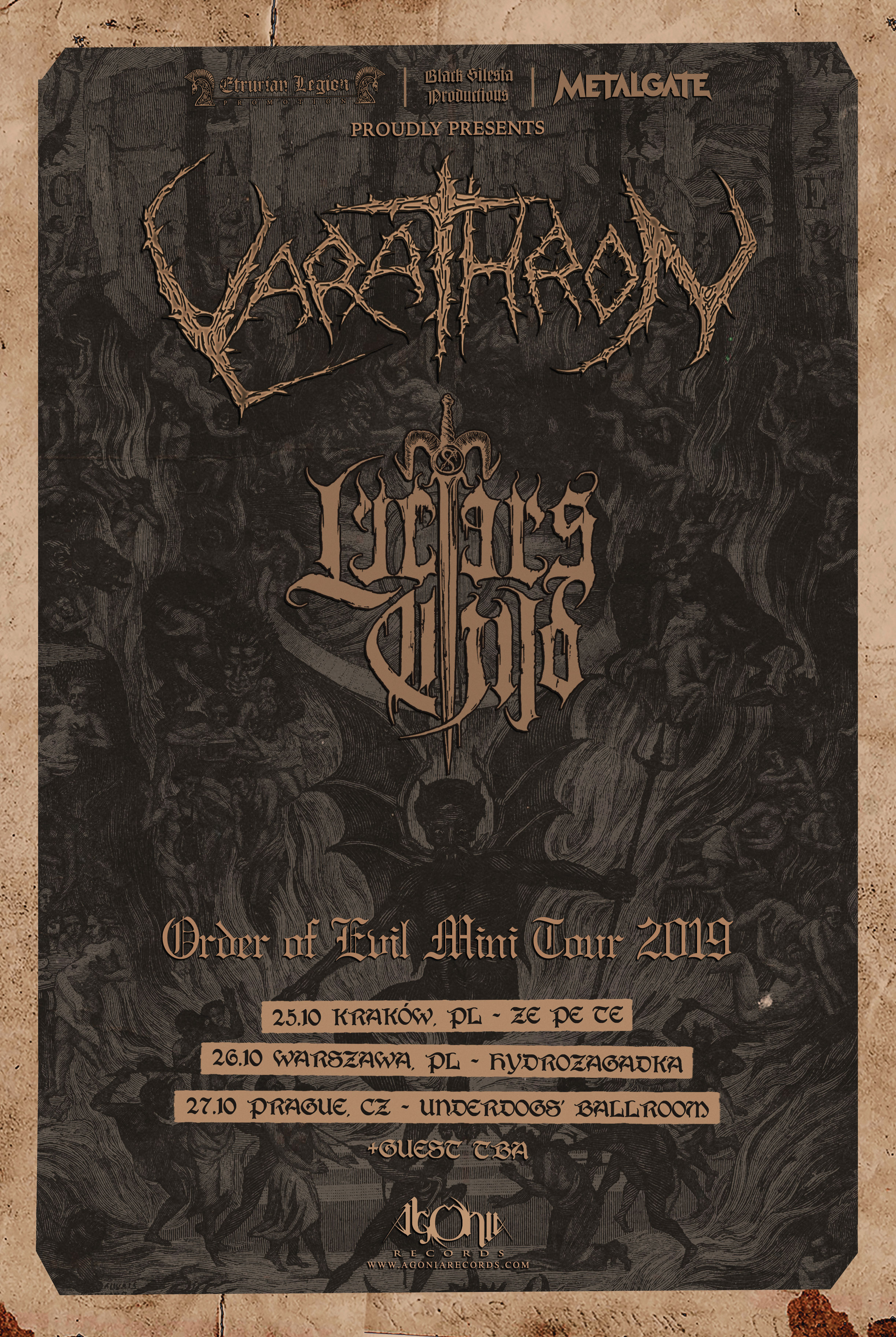